Scott Twine was happy to have proved his credentials after impressing against Swindon Supermarine on Friday night.

The talented forward bagged himself a brace during Town's pre-season win last night, and he was only too happy to speak with the local press in the wake of the game.

"I was pleased with the second-half, not so much with the first-half after missing the penalty, but it was nice to score two goals and win the game," he said.

"I saw the ball go over the top and as soon as I saw Dunny (James Dunne) bombing down the right I knew I had to get into the box, he put a good ball in and I was lucky to score.

"I try and practice coming in on my right and shooting a lot, most of the time it doesn't work out but you've got to keep shooting and if you score one in a game then that's good.

"Pre-season has been hard but we've all bonded well, it is a nice team to be around and the manager believe in me as much as I believe in myself.

"I'm just happy and fortunate that he gives me opportunities in games like this to try and prove myself."

And Twine went on to outline both his personal and collective aims for the 2018/19 Sky Bet League Two campaign.

"Promotion is the first thing and then to just play as many games as I can and keep developing," he concluded. 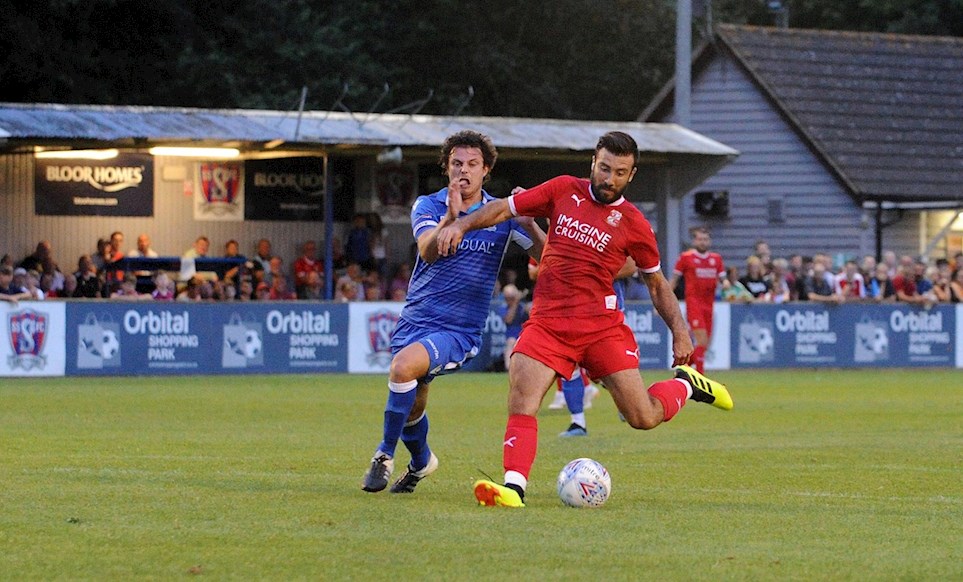 
Swindon Town came from behind to beat local neighbours Swindon Supermarine 4-1 in their penultimate pre-season friendly on Friday evening at the Webb's Wood Stadium.