Ollie Banks can't wait to get back out in the thick of it and is hoping to play his part over the Easter weekend.

It has been a hugely frustrating period for the midfielder who has seen his three-game suspension prolonged over a five-week period following his sending-off at Chesterfield in February.

Now available again, the 25-year-old is hoping to pick up from where he left off with Town facing two huge games over the Easter period.

"It hasn't been ideal and you don't want to go that long without playing games," Banks told the local press earlier.

"I've been training well and we had a game behind-closed-doors against Bournemouth the other day, so it hasn't been too bad.

"We're all confident that we can make the Play-Offs. We're three points out and there's twenty-four on offer, so we'll be fighting for twenty-four points."

"It was a bit longer than I had hoped but I'm back available for this weekend.

"I like to think that I've kept myself reasonably fit so hopefully going into Friday the break won't have made much of an impact.

"Hopefully I will be back involved but we will have to wait and see what decisions the gaffer makes on Friday.

"They are both still achievable." 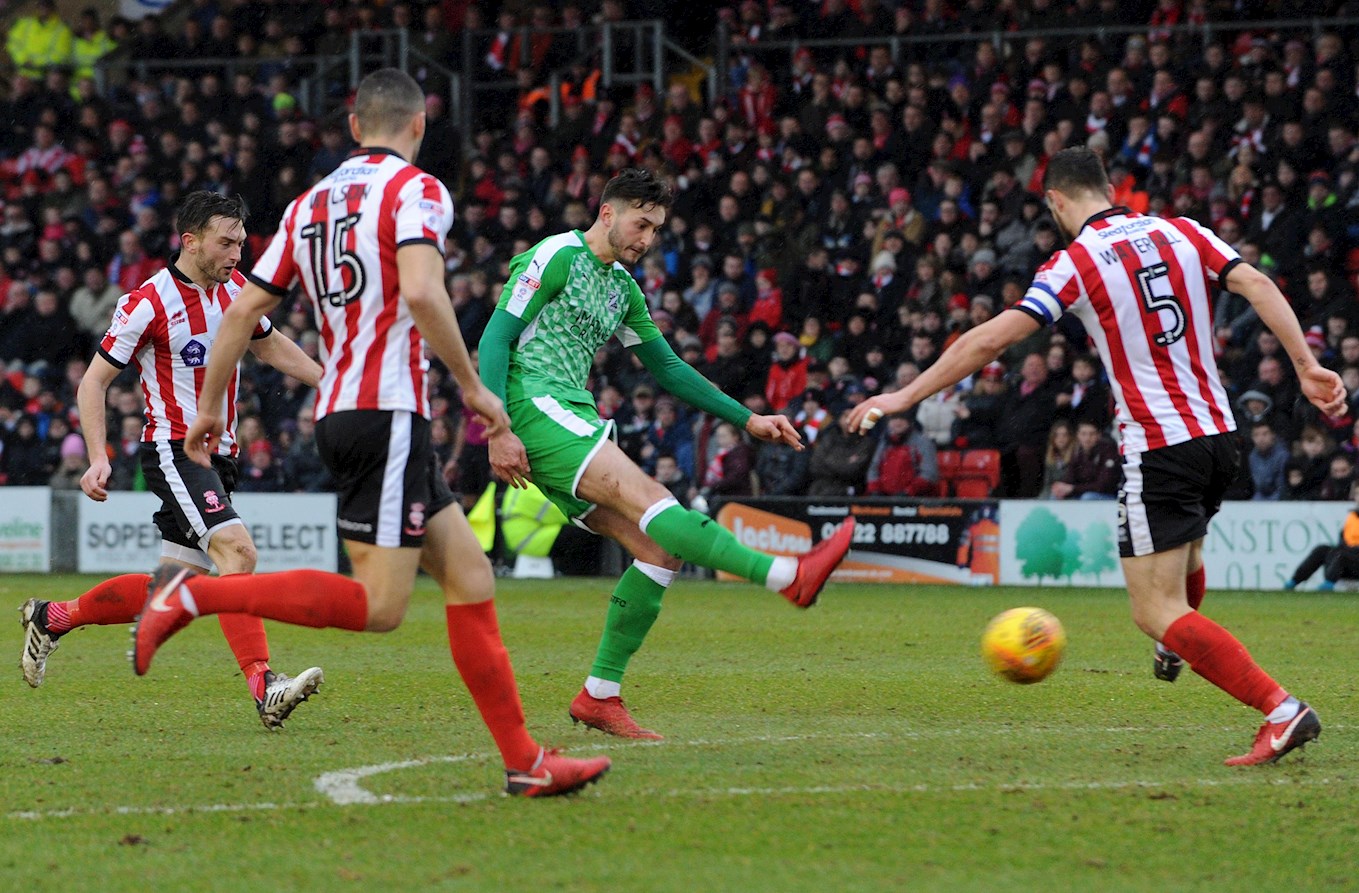 Whether he plays on Friday or not, Banks is focussed on helping Town remain on course for their ultimate goal of promotion with just eight games remaining.

"At the end of the day we have to go out there, put a performance on show and do enough to get the points," he added.

"The eleven players have to do enough out there to win the points and that's what our aim will be.

"We're all confident that we can make the Play-Offs. We're three points out and there's twenty-four on offer, so we'll be fighting for twenty-four points.

"We'll take each game at a time but there's no reason why we can't go and win those games.

"If we go out there and give a good account of ourselves week in and week out then anything is possible."