Swindon Town Boss Phil Brown is looking forward to taking charge of his first home game this weekend and has called on the fans to pack out SN1.

Morecambe are the visitors to The Energy Check County Ground on Good Friday (3pm Kick-Off) with a vital three points at stake.

And, given the importance of the game, Brown is hoping to see as many fans as possible in a bid to create an electric atmosphere for his home debut.

"It is an interesting question borne out of the fact that I've now managed six clubs and had six debuts as a manager, but after back-to-back away games I was hoping to be able to bring four, maybe six points back here so that it would guarantee a swelled crowd," he said.

"I know there are one or two fans who were disappointed to have travelled all the way down to Exeter to see a defeat and rightly so, but I would say they were more disappointed with the scoreline rather than the performance.

"The bottom line is that, it being my first home game, I want as many supporters as possible through the turnstiles to make it a more mouthwatering experience for me and for the players as well.

"Pressure is important and getting the right amount of feeling from that pressure is a motivator for me and the bigger the crowd the better I am." 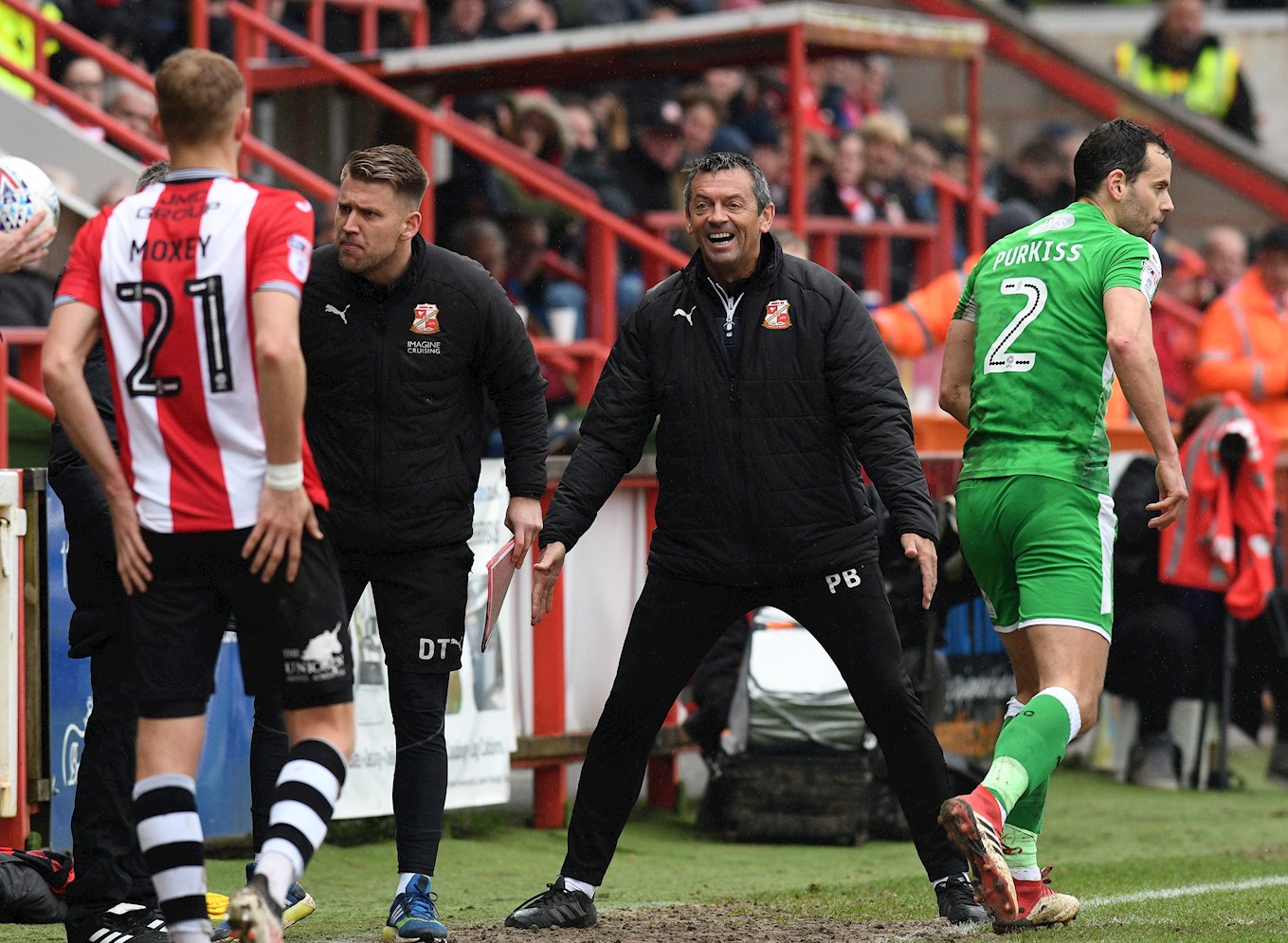 Brown also revealed that he has been made to feel more than welcome in Swindon since his arrival, and he's hoping to give the fans something back come 5pm on Friday.

"The welcome I've had here has been very, very nice and I've been made to feel very welcome," he added.

"The Chief Executive, the Club Secretary, the people at my hotel and the people in and around the town have all been great.

"I'm not one for shying away and hiding behind a closed door, I like to get out and about in the town and get a feel for it because, at the end of the day, I was a supporter when I was a little boy at Sunderland and if I'm sending the supporters home with a smile on their faces then I've done my job.

"That's what I want to do on Friday."

MAKE SURE YOU PICK UP A COPY OF FRIDAY'S RED REVIEW FOR THE FULL EXCLUSIVE INTERVIEW WITH PHIL BROWN.