Luke Norris will be given every opportunity to prove that he is fit enough to feature in Saturday's crunch clash against Exeter City.

Town's leading scorer notched his 13th goal of the season during the win against Cambridge United last time out, but was forced to limp off in the second-half after sustaining a blow to his ankle.

However, the injury has settled down very quickly over the past few days and it could be good news for both club and player come 3pm on Saturday.

"He's been wrapped up in cotton wool.

"The potency and the threat of the two strikers is obviously something we need for Saturday, so he knows the level of importance of the game.

"It looks to me as though he's going to be about 60-40 whether he can play or not, but I'll give him every opportunity.

"He'll travel with the team and hopefully by the start of the game he'll be feeling good enough to play." 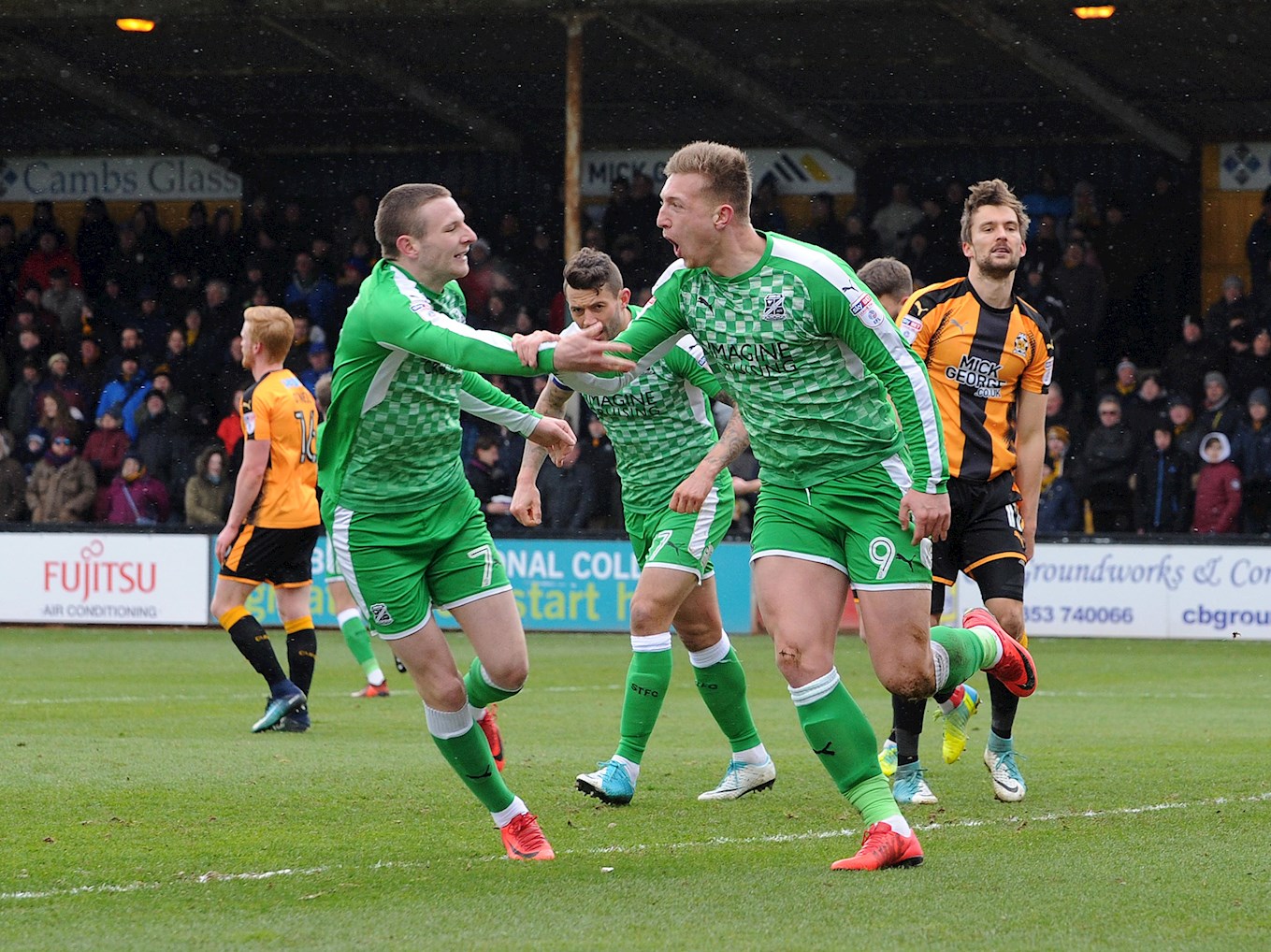 "I'm hoping that Amine Linganzi is going to be available this weekend," he added.

"He's a good size, he's got a good attitude with regards to the ball, he likes to have the ball at his feet and he protects it fairly well.

"I haven't seen him in a game with regards to his fitness levels but we've had a look at him this week with a view to being on the bench on Saturday.

"We'll try and get him in a reserve fixture on Tuesday but it is going to be with a view to the Easter weekend.

"Donal has trained this week but not fully. He's joined in with a couple of warm-ups and a couple of sessions, but he's not quite there in regards to his fitness levels.

"Reice is still not available for selection, he's still got a problem with his wrist."