Swindon Town suffered their first home defeat in six games this afternoon after suffering a 3-0 loss to Cheltenham Town at The Energy Check County Ground.

Jake Andrews' well-struck free-kick put the guests in the driving seat at half-time, a lead that was extended by Mohamed Eisa minutes into the second-half.

Eisa added his second and Cheltenham's third late on to wrap up a torrid day at the office for Town.

Matty Taylor, in what was his first game in Interim charge, opted to make five changes to the side that lost to Chesterfield last time out.

Stuart Moore was handed a Town debut between the sticks with Reice Charles-Cook dropping to the bench.

Chris Robertson, James Dunne, Timi Elsnik and Luke Norris were all restored to the Starting XI as Olly Lancashire missed out through injury, Ollie Banks was ruled out through suspension and Kellan Gordon and Paul Mullin dropped to the bench. 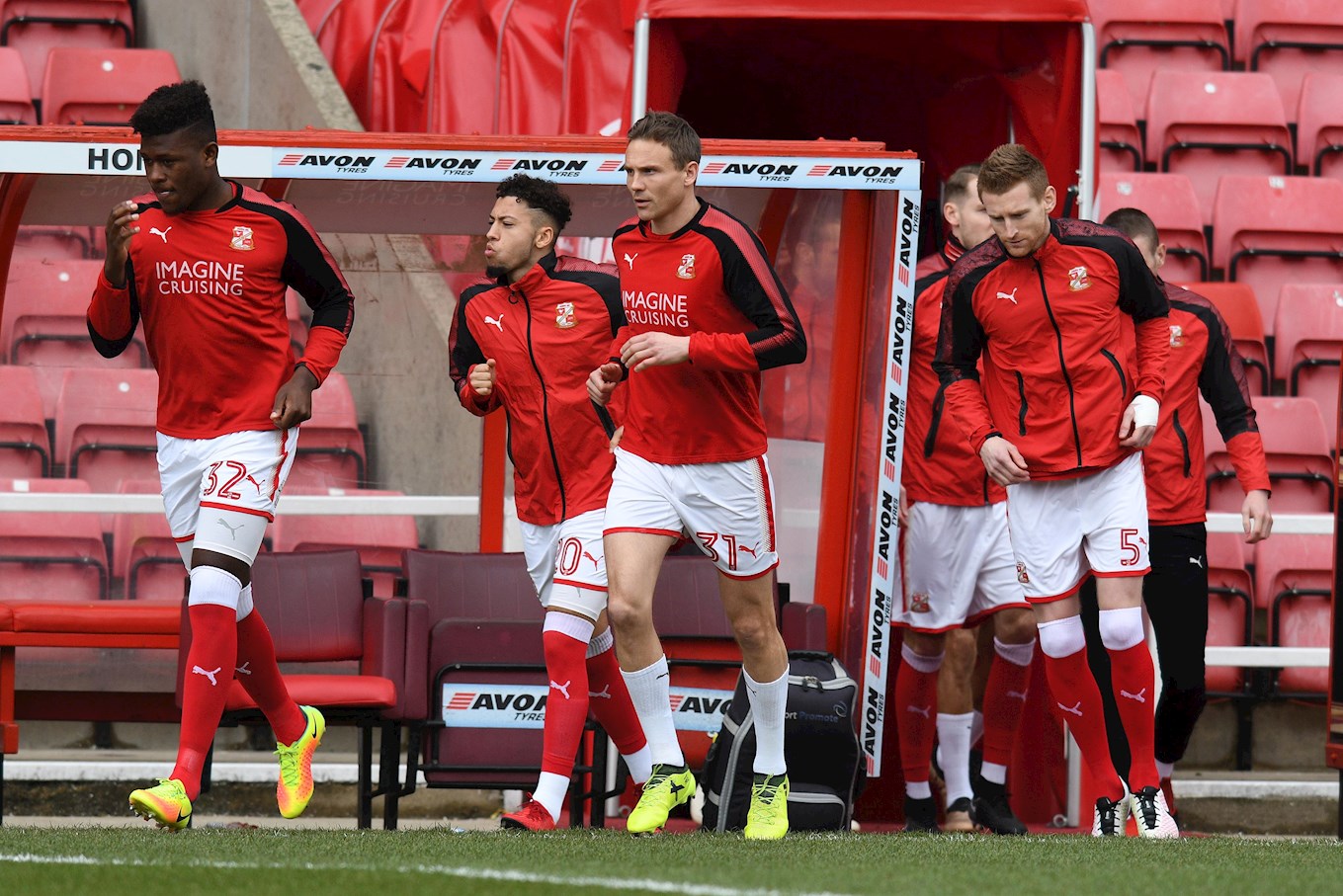 There was also a place amongst the subs for Chris Hussey, who was involved in a Matchday Squad for the first time since September 2017.

There was a sense of excitement in the air as Town prepared for life under Taylor and they were looking to get off to the perfect start under their Interim Manager.

And it was a bright start by the hosts who won a succession of early corners in the opening stages of the game.

Despite a lively opening there was no clear-cut chances for either side, although Luke Norris did have a sight of goal as he sliced an effort over the bar after seeing his initial shot blocked.

Matty Taylor sent a free-kick crashing against the wall before Jake Andrews was off-target with a free-kick of his own at the other end.

Proceedings had become a bit scrappy though with Carl Winchester's tame effort straight into the arms of Stuart Moore the only real action of note at the half-hour mark.

There was a goal before half-time but it went the way of the visitors with Jake Andrews curling home a superb free-kick from 25-yards out with Moore well beaten.

Town did come close to restoring parity on the stroke of half-time but Timi Elsnik's deflected shot was tipped onto the crossbar by Scott Flinders.

It didn't take Cheltenham long to double their advantage after the restart, with Mohamed Eisa pouncing on a defensive mistake before slotting home. 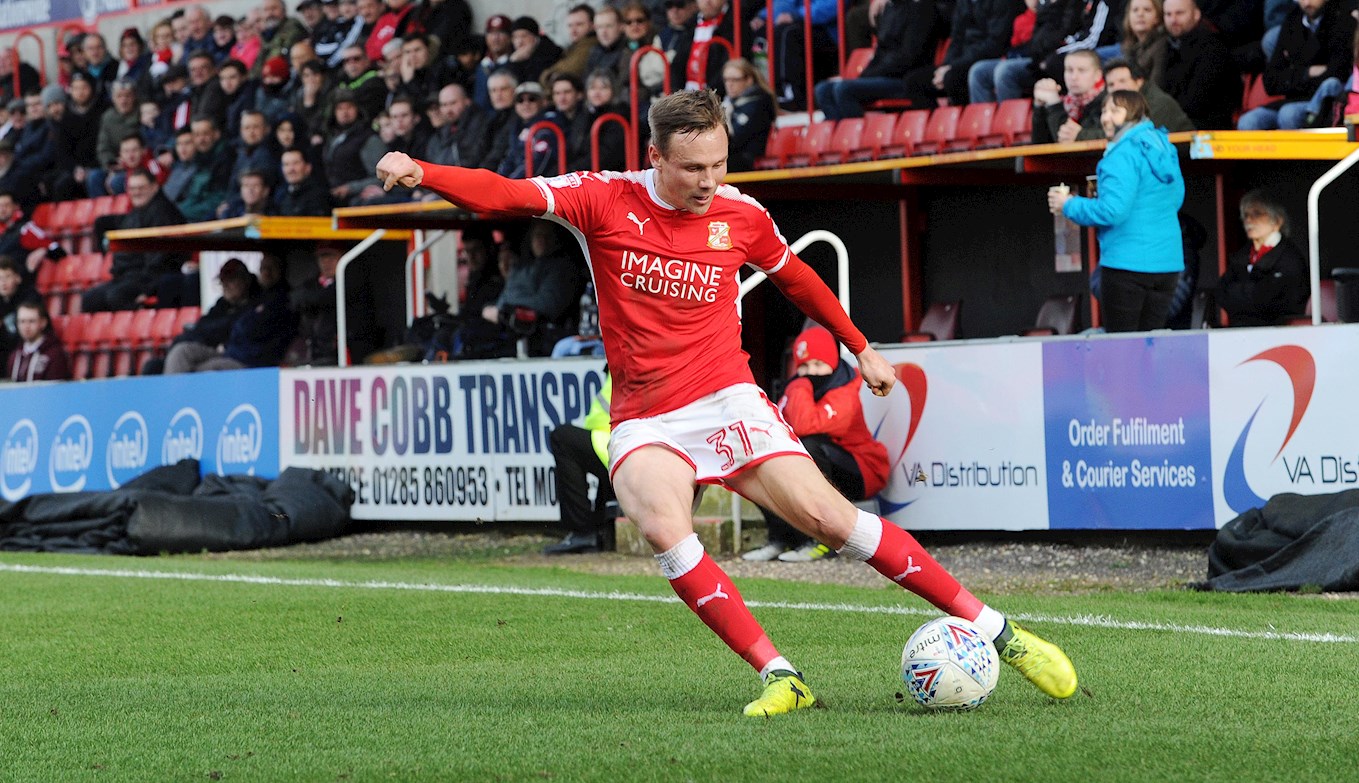 Moore then had to be at his best to tip a pile-driver from Winchester around the post with Cheltenham pressing for a third.

That prompted Swindon to make their first change of the afternoon with Kellan Gordon replacing Kyle Knoyle.

Cheltenham were looking dangerous every time they went forward and they nearly grabbed a third just shy of the hour mark.

Eisa danced his way through the Town defence and played a couple of neat one-two's before letting fly, but his curled effort was well kept out by Moore.

Winchester had another chance in-front of goal after he won back possession before drilling wide from distance, while Marc Richards could only fire a shot into the arms of Flinders from close-range at the other end.

Kaiyne Woolery then replaced Luke Norris but Town's afternoon failed to improve after that with the visitors soon adding a third.

Oluwasanmi Odelusi, who had only been on the pitch for a matter of minutes, was allowed to break down the right, he picked out Eisa in the middle and the striker was able to add his second of the afternoon. 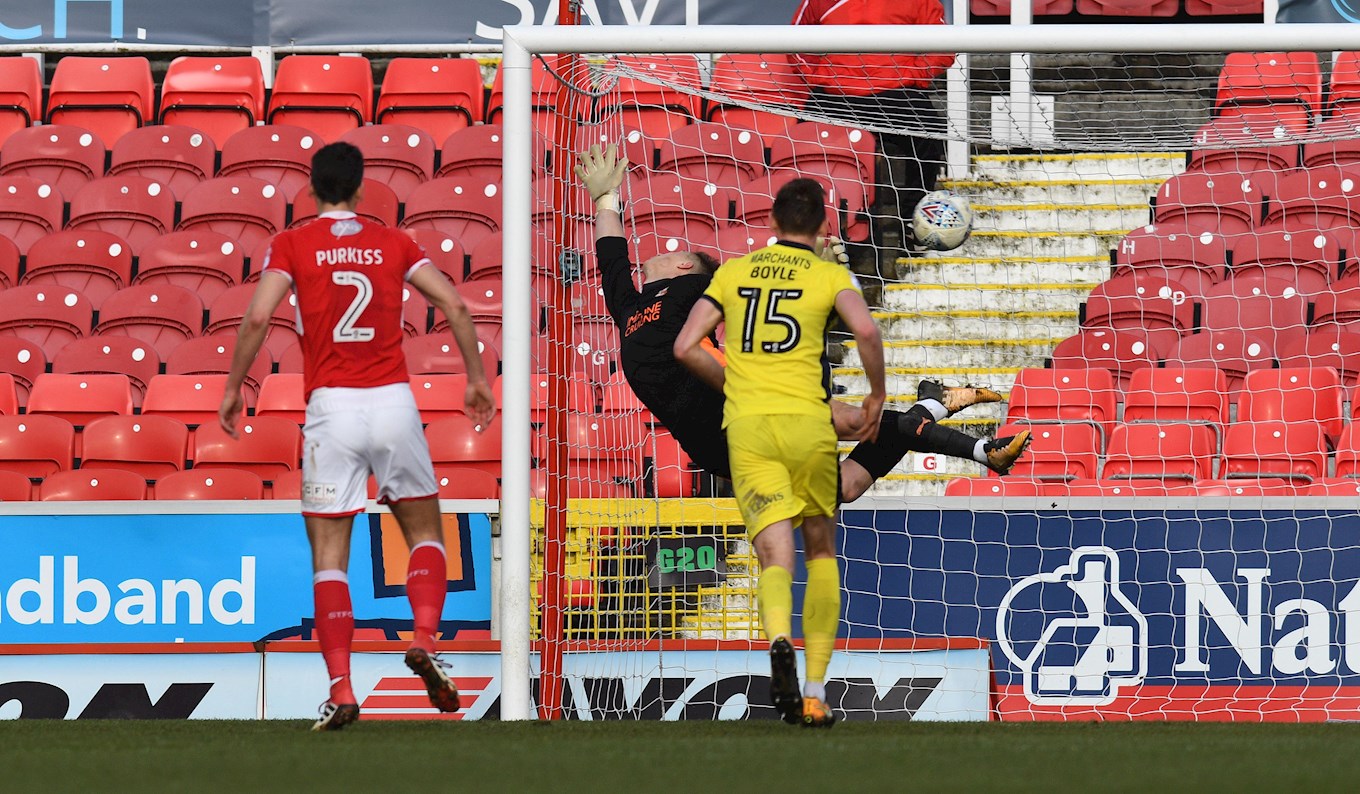 Eisa could have completed his hat-trick moments later but he could only blaze over under pressure from a Town defender.

With ten minutes remaining, Town made their third and final change of the afternoon as Paul Mullin replaced Keshi Anderson, although that proved to be too little too late with the final whistle bringing a bad afternoon to a close.