Swindon Town Interim Boss Matty Taylor sat down with the local press on Thursday ahead of our Sky Bet League Two clash against Cheltenham Town tomorrow.

ON SETTLING INTO HIS INTERIM ROLE:

"All I know is that I've tried to be honest and authentic with the players who are, ultimately, still my team-mates albeit I've got a slightly different role now.

"I've tried to give them the facts and try to formulate a game plan in which we can win an important local derby on Saturday.

"The boys have responded really well and I've been really, really impressed with their attitude and their application to training over the last six or seven days.

"They've really bought into it and I can't ask anything more from them than that. 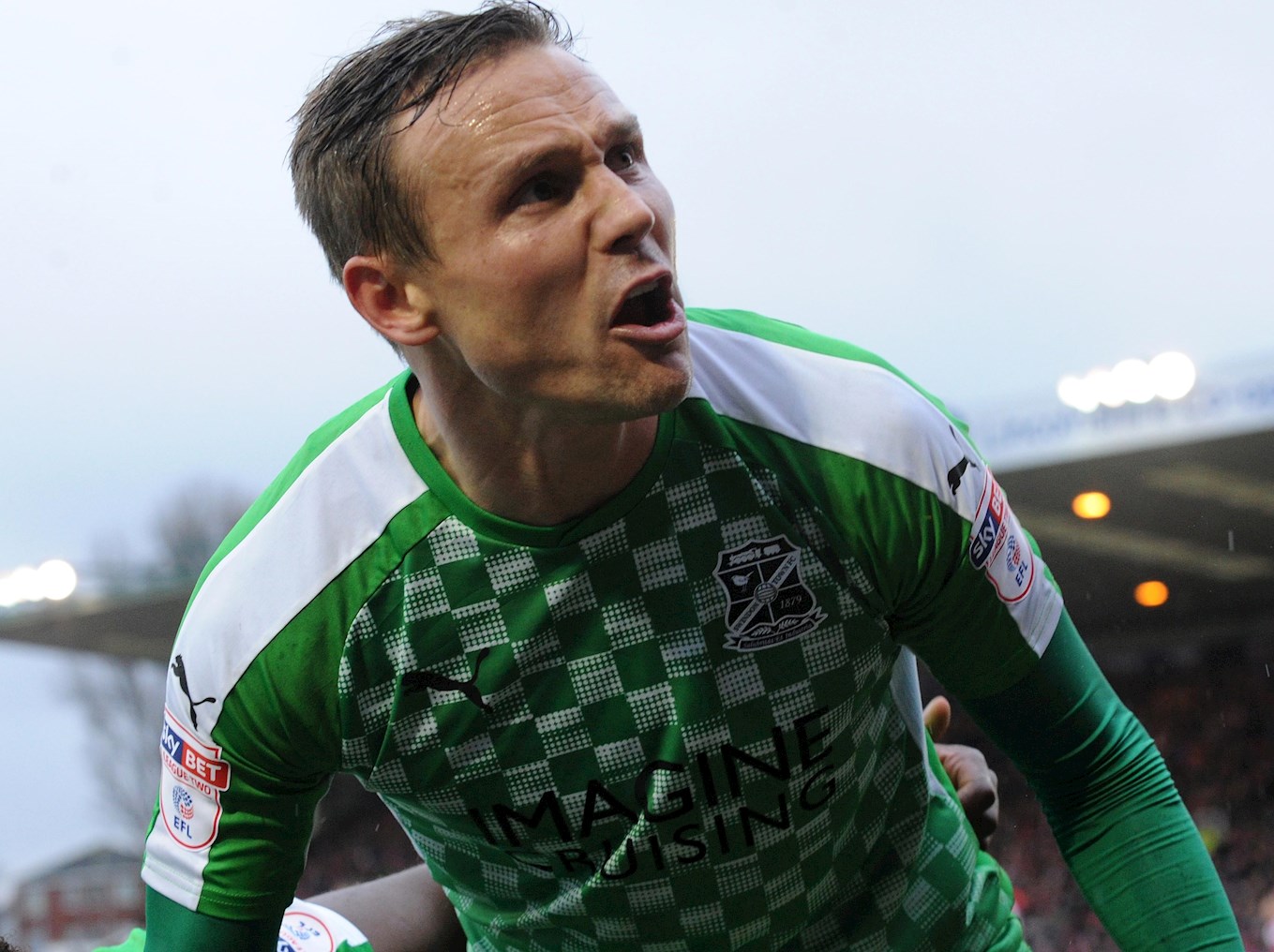 "They seem to be really enjoying it and we had a really positive session on Thursday and we got a lot of detail in.

"If they give me all the effort then that's all I can ask for and all I'll be doing is giving everything I've got to try and make Saturday and whatever comes beyond that as positive as possible."

ON DEALING WITH THE PLAYERS:

"Slightly (when asked if he's had to take a step back from the dressing room banter) but, at the same time, we don't know the future so I can't distance myself too much because I could be sat back in the changing room with them next week.

"All I can say is that I've been honest with them and we had a meeting with the Chairman in the week.

"He came in, addressed the players, gave them the facts and that was really well received and all he asked is that we give it everything we've got to get Swindon Town promoted. "I haven't spoken to the Chairman for a few days.

"The idea is that I would take the game on Saturday and we'll have a conversation after that."

ON WHETHER HE WILL PLAY OR NOT ON SATURDAY:

"We've had some lengthy conversations but it doesn't matter if I play or not because the players will go out and give everything if I do play, and they will do the same if I don't.

"It is a question I can't answer yet." 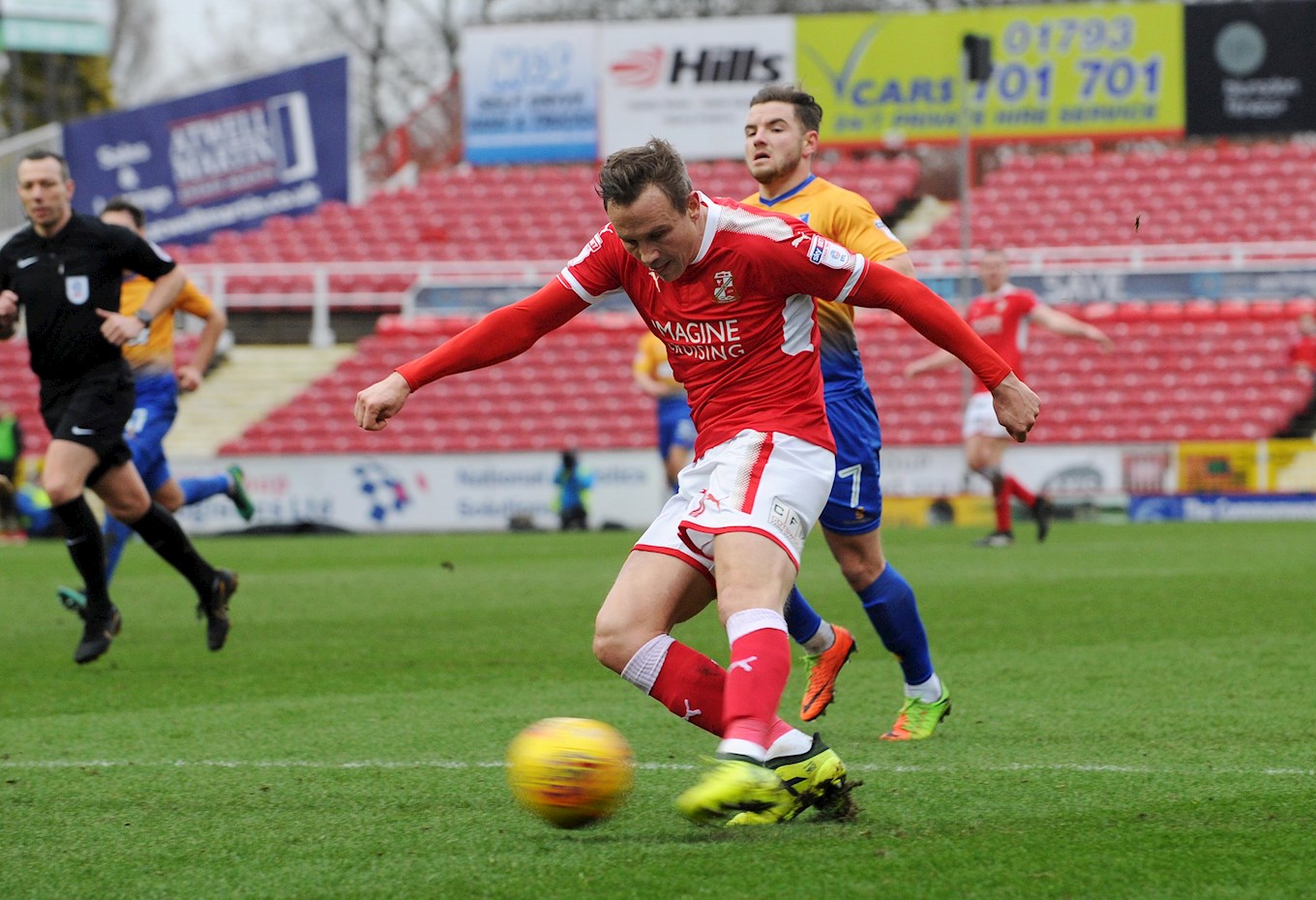 "Alan has come up to help which is great and he was a big help in training on Thursday.

"We've been chewing the fat over a lot of things, along with Dean Thornton, just nailing everything down so that we've got all the information to give the boys.

"Macca has been really good and he's worked here for a while so he knows all the staff.

"He can only benefit us and I'm really grateful to him and grateful to the club for allowing him to help out with first-team affairs." 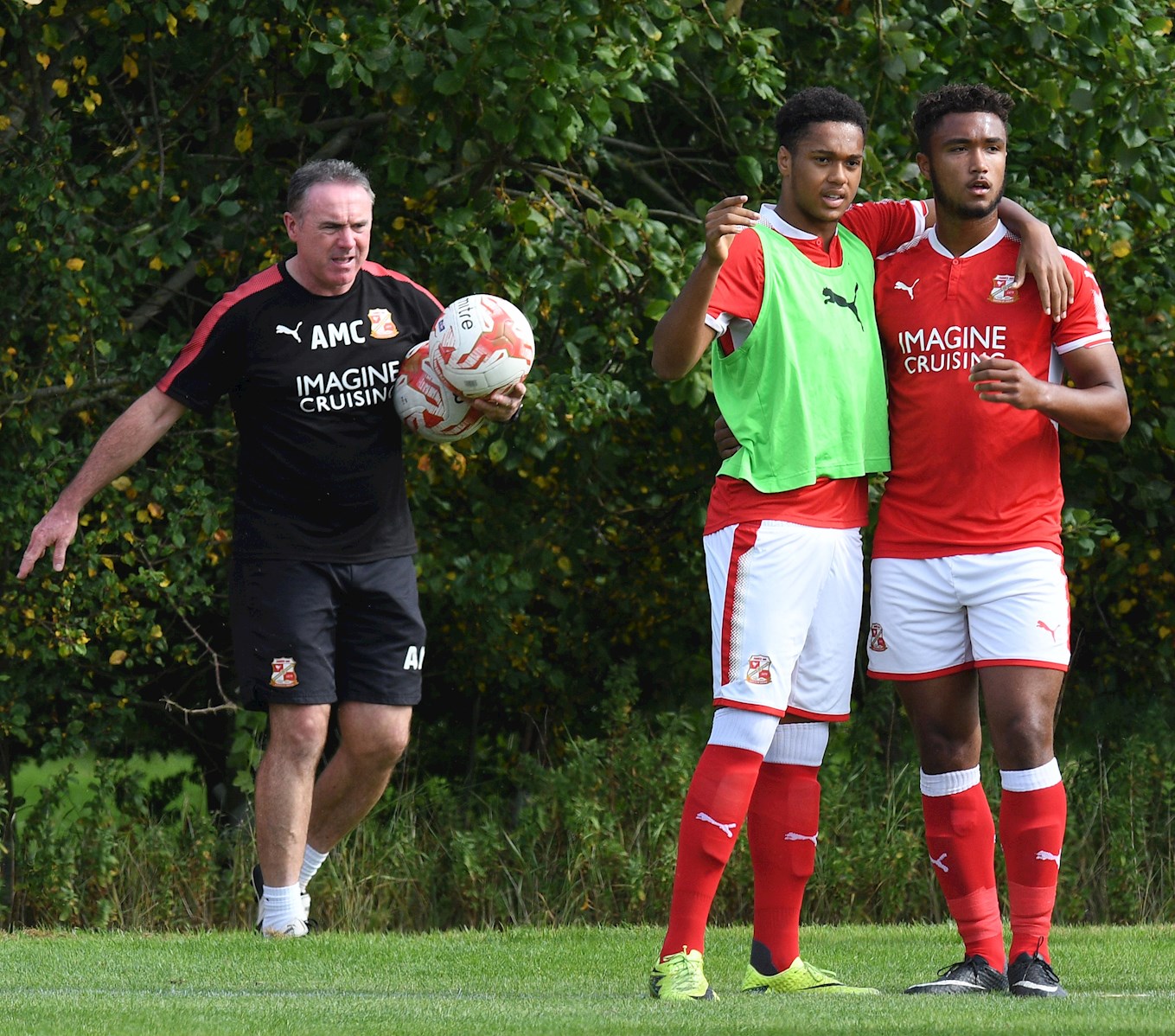 ON HIS STYLE OF PLAY:

"We will play winning football because that is the only thing that matters, to be perfectly honest with you.

"Regardless of what formation we play, we will set-up to win football matches because that is the business we are in.

"We've got eleven big games left and we've got to try and win every one, regardless of whether I'm on the pitch as a player or still Interim Manager. "I went to watch them on Tuesday night, they've got two young boys on loan from Bristol City who I was very impressed with.