Paul Mullin is relishing the chance to pit his wits against former club Morecambe on Good Friday.

Prior to signing for the Reds back in the summer, the 23-year-old spent four years with the Shrimps and was a firm fans' favourite at the Globe Arena.

Mullin has already enjoyed a successful home coming this season having played a starring role in the 1-0 win during the reverse fixture back in August 2017.

But the attacker is now excited about the potential of going up against his former employers on home soil tomorrow with a big three points at stake.

"It will be a good feeling to play them again and you always look to do well against an ex-team," he told the local press. 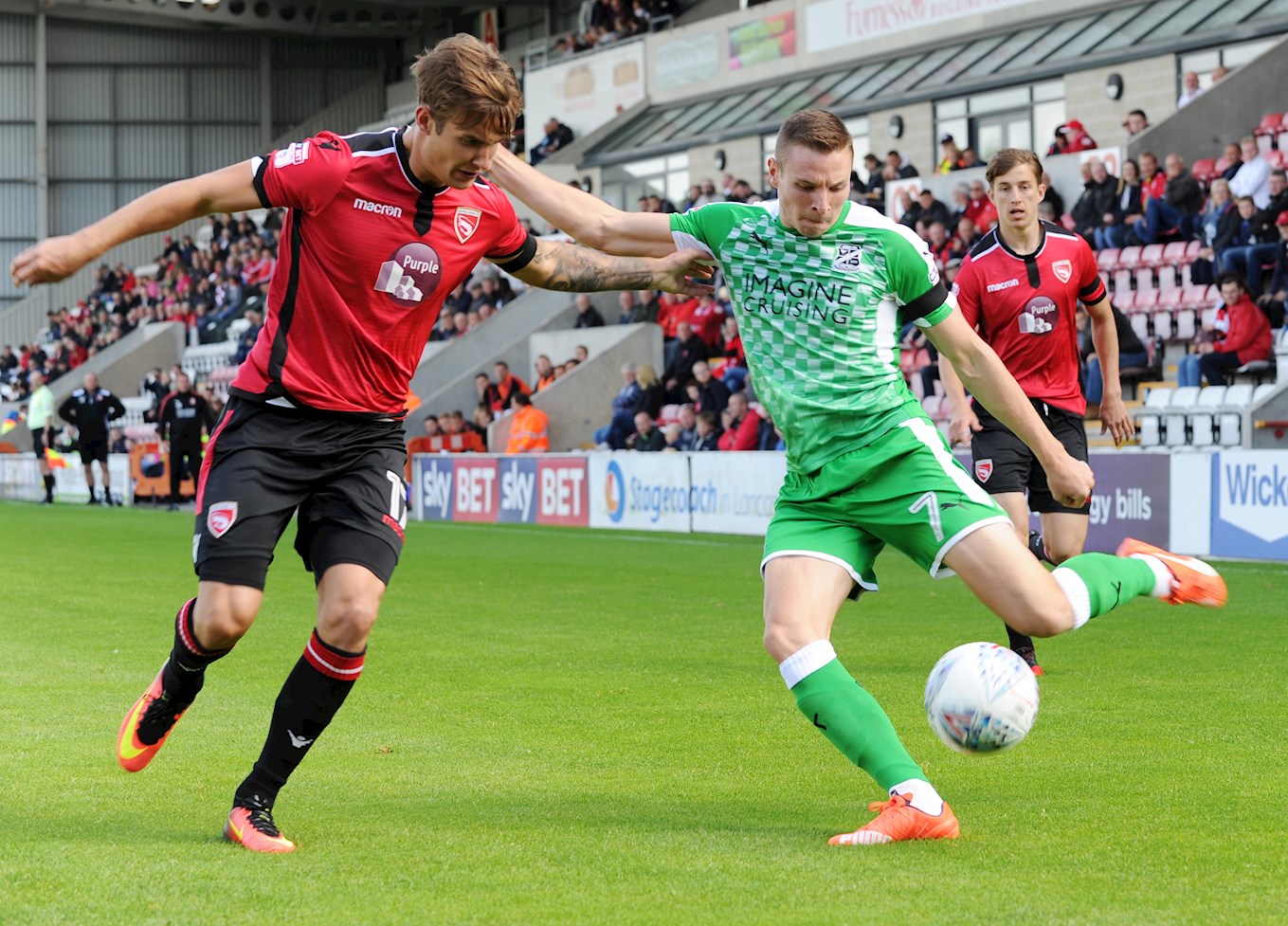 "It will be good to play against them again.

"All my family are going to come down this weekend to watch the game and spend some time with me which is good.

"To beat an old team is good but it is always nice to get the three points and that's all that matters.

"Jim (Bentley) and Kenny (Ken McKenna) have done an unbelievable job there and they keep them in the league every year.

"They are always the favourites to go down which, in my book, is wrong because they aren't really going to be in danger with those two in charge.

"All that matters on Friday is ourselves and we've got to go into the game full of confidence knowing what the prize is for us at the end of the season."

"I've had their Assistant text me a few times saying that they've done us a favour with a few of their results!

"They've been doing well lately, they've got a few wins, a few draws but all that matters on Friday is ourselves and we've got to go into the game full of confidence knowing what the prize is for us at the end of the season.

"We've got to approach it full of confidence and hopefully go and win it.

"We're running out of games, that's pretty clear, but so is everybody else and there is three points in it now.

"We've all got to win and whoever wins the most points will go into the Play-Offs or go up automatically.

"Every game is going to be tough but we've just got to get as many points as possible and it is all about us."

Barry Roche and Kevin Ellison are mainstays of this Morecambe side and Mullin knows better than most people just how good the pair are for the Shrimps.

"Those two players are key players for them," he added.

"I spent years with them and they are the sort of players who keep the team together, in tough times they are the glue and they keep them going.

"It shows in the games because they are still top performers." 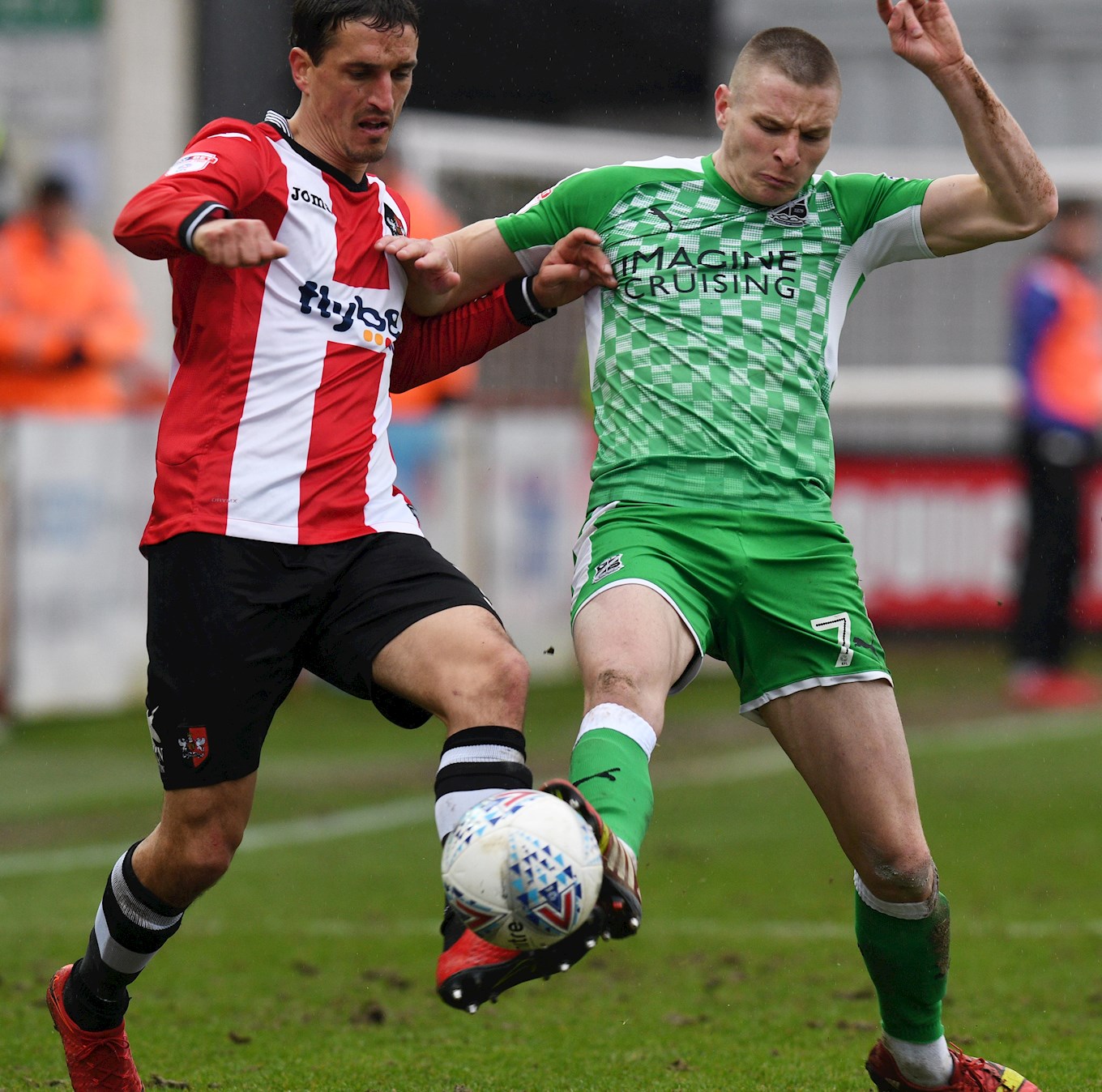 Finally, Mullin also reflected on his and the team's performance in the last two outings against Cambridge and Exeter respectively.

"It was a disappointing result last weekend," he continued.

"We went into the game full of confidence from the week before and we looked like we could have gained some points on Exeter.

"It was disappointing and it was hard to take. We've looked at what we did wrong and we're looking forward to putting it right on Friday.

"As a team in general we didn't defend as well as we did against Cambridge, but going forward we are always a threat.

"The main focus now is to not go on about the Exeter game too much and make sure we go into Friday with as much confidence as we can.

"The new Gaffer has come in and at this moment in time it has worked well for me. I've started the last two games and against Cambridge I felt I played well but last week I was average at best.

"It is a squad game and we're going to need everyone in the last eight games.

"No matter what happens I'm happy to be playing now."