Swindon Town Boss Phil Brown sat down with the local media on Thursday to preview our Good Friday clash against Morecambe at The Energy Check County Ground.

ON HIS TEAM HAVING MORE SUBSTANCE:

"We aren't missing good footballers. What Saturday against Exeter told me was that we are a decent footballing team but we're missing that substance and that character when push comes to shove you get something from the game.

"Winning 19 games is a marvellous achievement having played 38 and if someone had said to me that you are going to be at Swindon Town at the start of the year, you would have won half your games and that's the starting point, then I would have taken that all day long.

"To win half your games at this moment in time with 8 games to go is a good place to be in from a football perspective.

"To have lost 16 is an absolute disgrace and it is a shame that we can be so good with the ball and not so good without the ball. 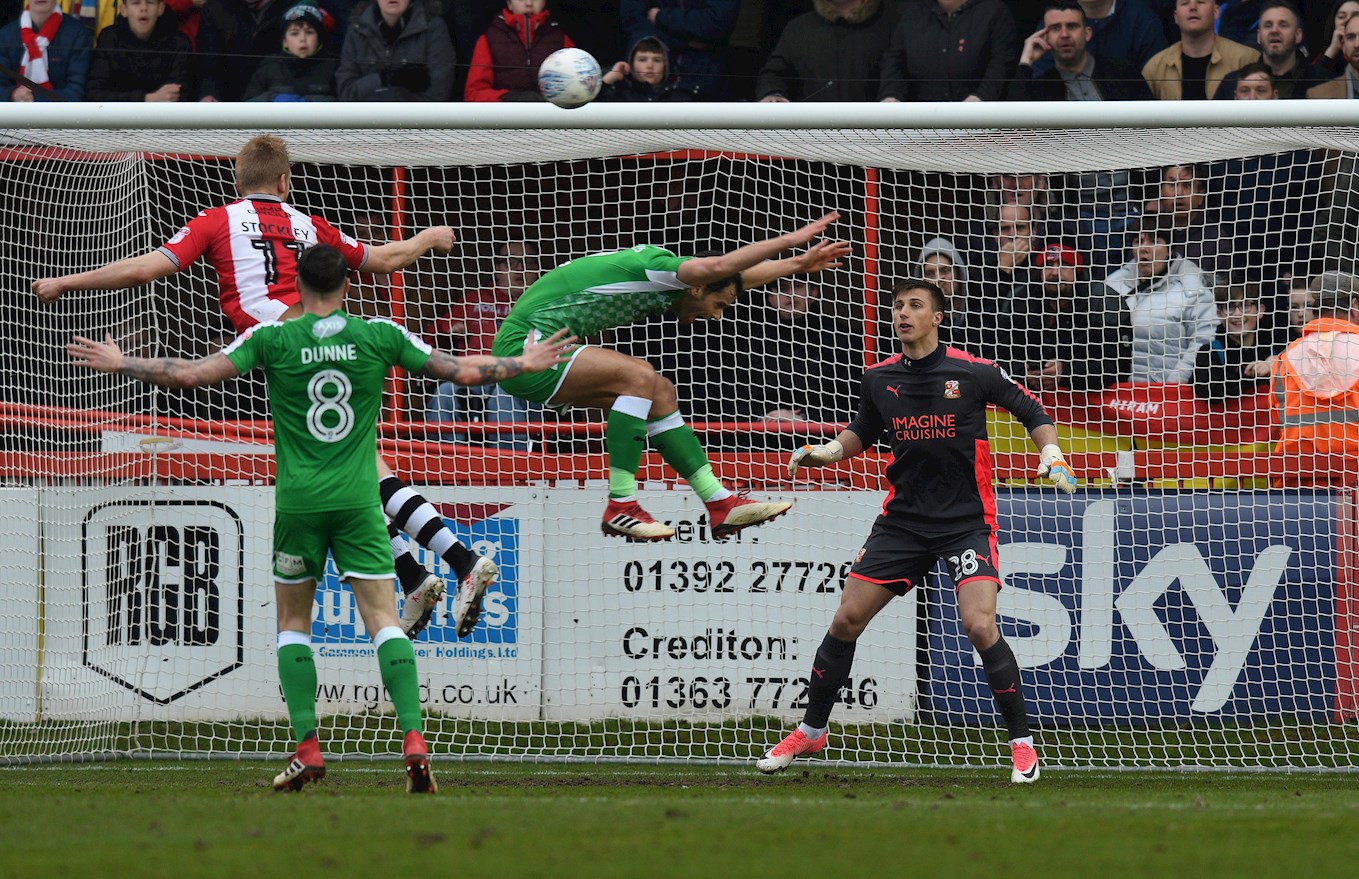 "You have to enjoy the battle. Pressure is a natural commodity of the game and if you don't enjoy it then you shouldn't be in it.

"We're at the right end of the table and that is something we have to focus on. We are there because we have won 19 games.

"The other side of the game is rolling your sleeves up, blood and thunder, whatever you want to call it and I'll be looking for those kind of characters to come into the trenches with me this week and into the battle against Morecambe.

"This is a great challenge and it is mouthwatering in terms of who I am and my DNA of what my teams look like. 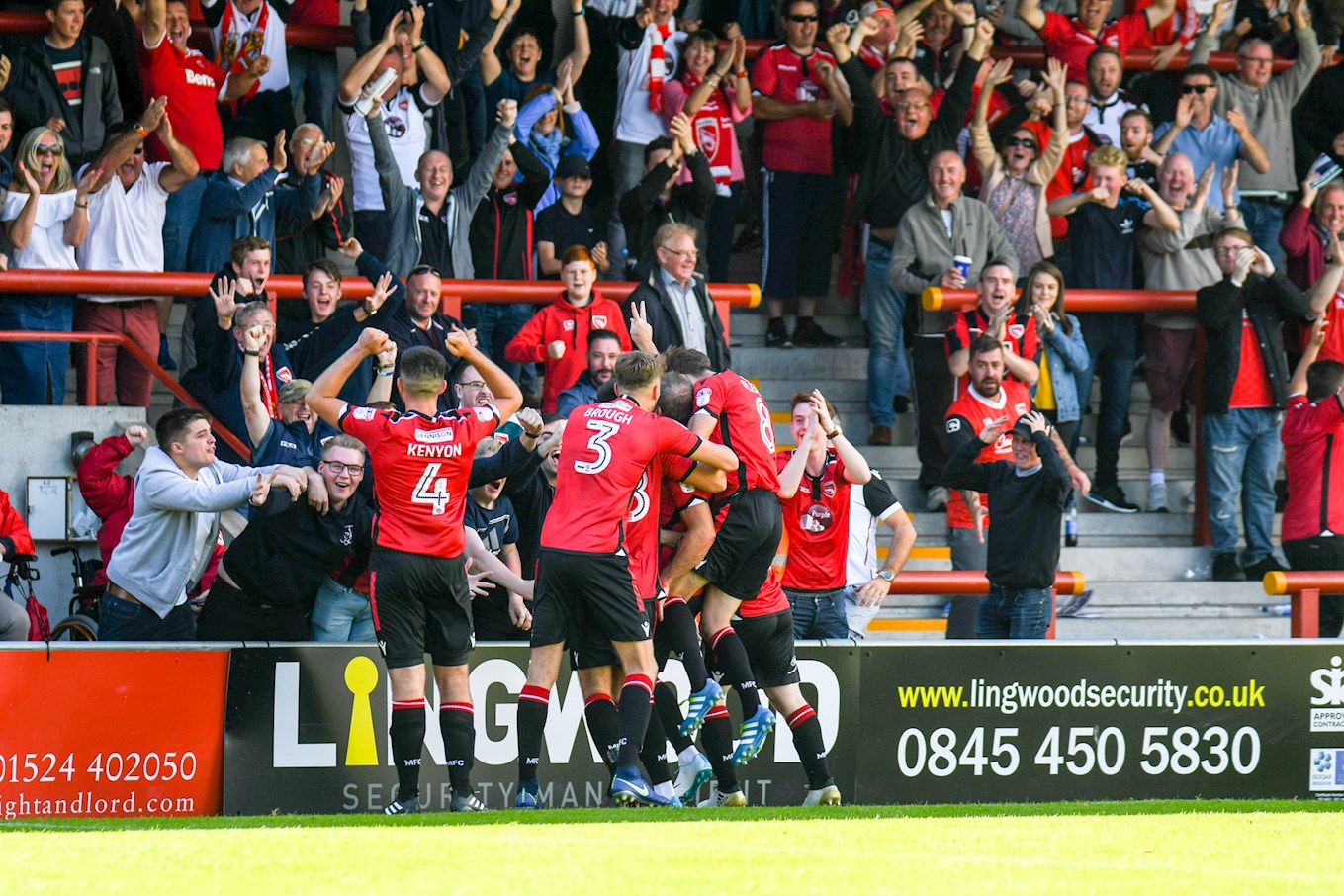 "It isn't going to be pretty against Morecambe. I don't want to put anyone off coming to the game because we want to try and play the right football.

"But I know Jim Bentley at Morecambe very well and he won't be rolling over for anybody - he'll be coming here rolling his sleeves up like he always has done.

"They are going to be fighting for every yard, every inch, every ball, every second ball and we have to match that.

"We have to more than match that because if we do then I know we are a better footballing team than most in this division as we have proved with 19 wins." 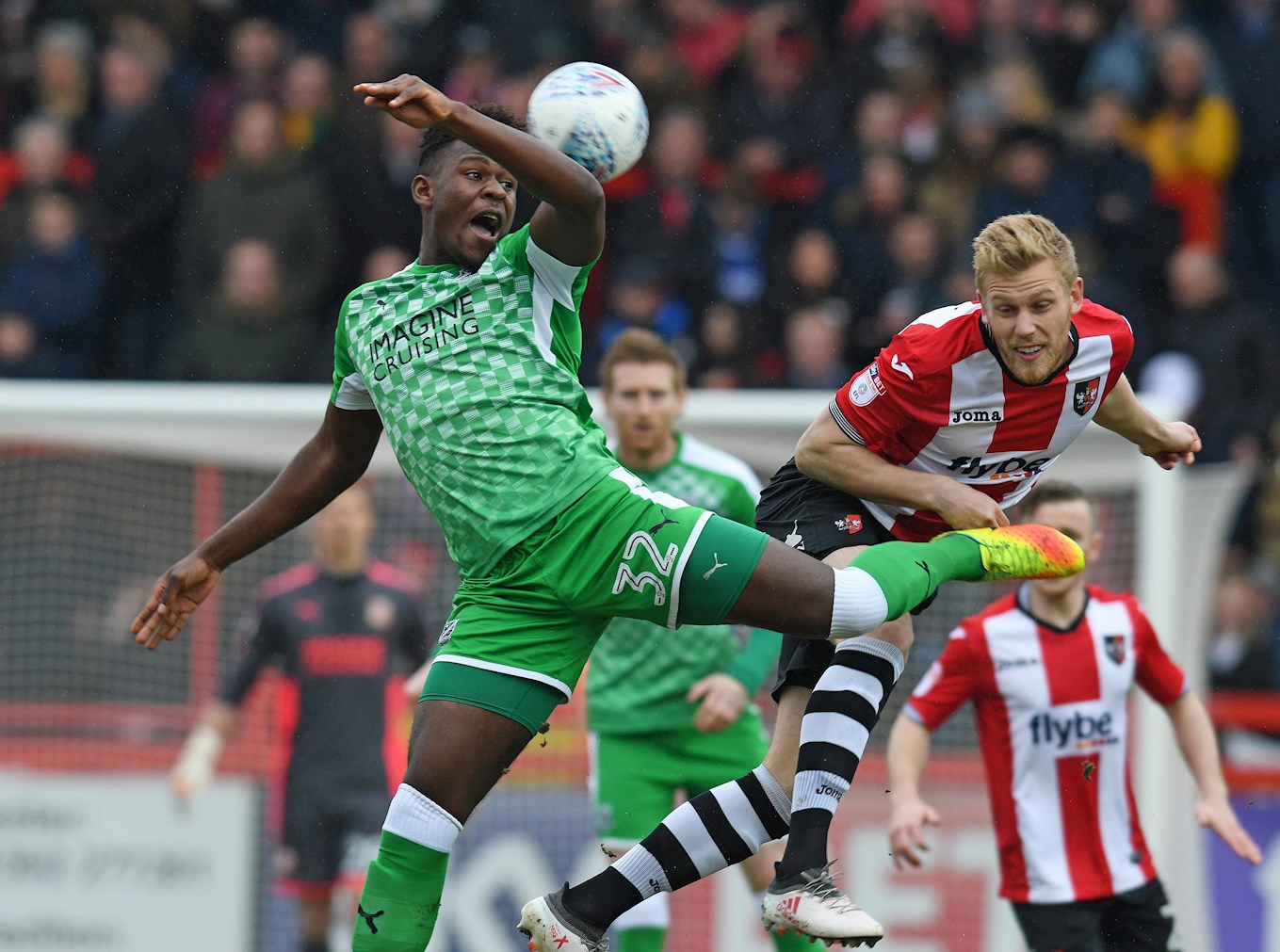 ON THE DEFENSIVE SIDE OF THE GAME:

"It is my team and they now have to go out and represent me.

"What I want now is what I've tried to put into them this week. There is no use having a great footballing team if we can't defend.

"I want my team to play the way they have played all season but I want them to defend a little bit better - five clean sheets isn't enough.

"I've just been firing balls at them and the basics of defending starts with that first touch.

"That didn't happen on Saturday and one man in particular, Jayden Stockley, bullied all of my back-four and I can't have that.

"It is not acceptable." 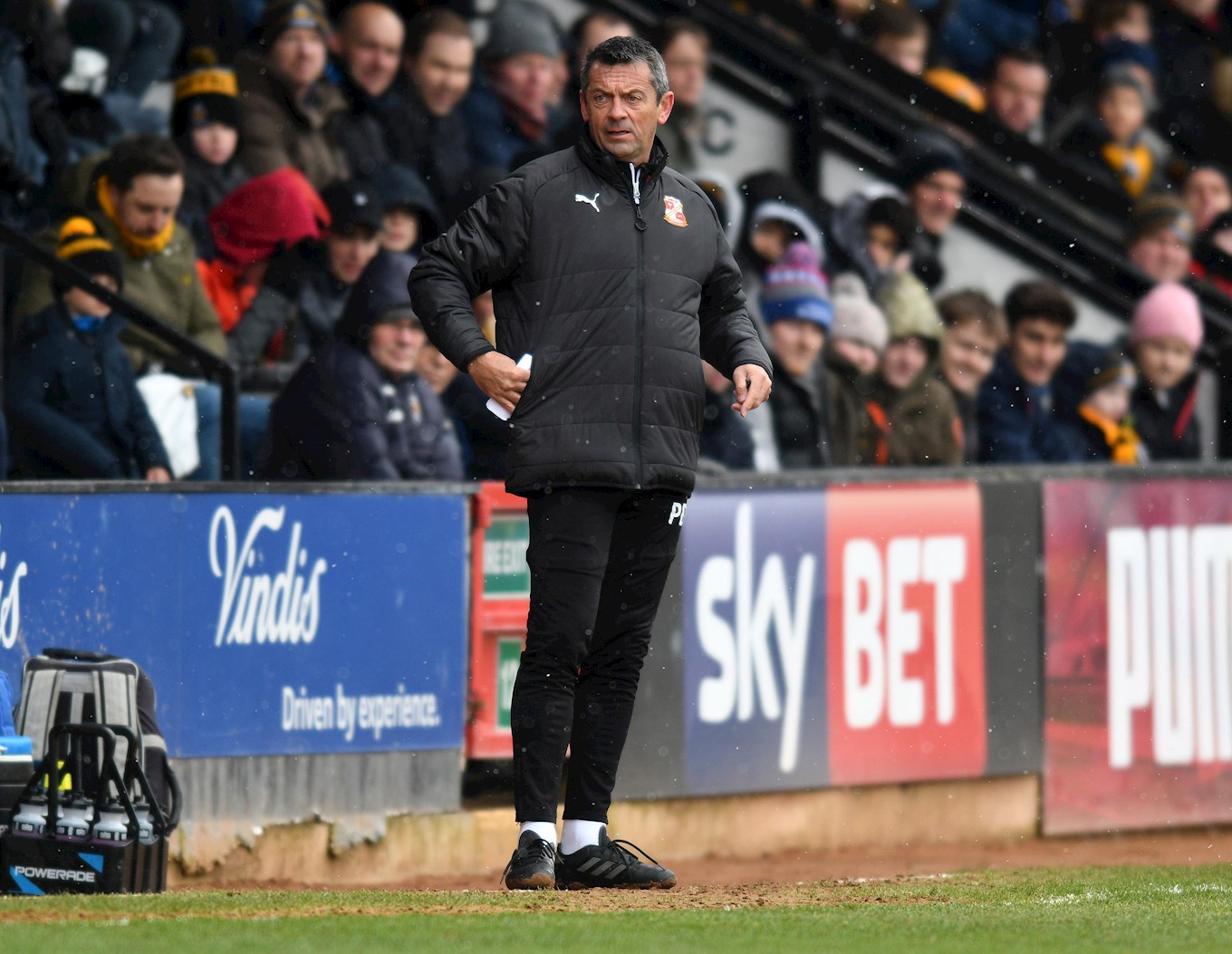 ON HIS FIRST HOME GAME IN CHARGE:

"I want to get the first three points at home, push on again and hopefully have a great Easter.

"This is a time for six points and the Easter weekend does define your season. You are what you are at the end of it because you know you have six games to go with an opportunity to do something.

"The challenge is to get maximum points over the weekend and get a smile on everybody's face."

ON DEALING WITH A QUICK TURNAROUND:

"At 5pm on Friday evening I'll be looking at recovery.

"Hopefully we would have come through the battle victorious and there are some older legs in there, so I'll respect them for sure in the 48 hours between the two games but I want to get energy into my teams from minute one in both games.