Ben Purkiss was disappointed not to have collected all three points on Good Friday, although he felt Town showed good character to have got something from the game.

Callum Lang gave Morecambe the lead on the stroke of half-time at The Energy Check County Ground, before Luke Norris made it level from the penalty spot after the interval.

Town were much the better side and were peppering the visiting goal with a flurry of crosses, although they were unable to snatch a winner despite going close on a number of occasions.

And Purkiss felt that it was a missed opportunity to secure what would have been a big three points, although he was quick to praise his team-mates' character.

"It was frustrating," he told the local press.

"It was a real big opportunity to get the three points and if you reflect on the game they haven't had a shot all day other than the goal they scored.

"We huffed and puffed, we had decent delivery into the box, we had a few half-chances, I had a couple of headers and you do think it is a missed opportunity.

"We were the better team but we went a goal down so it was decent character to come back to 1-1.

"We drew a game of football and we haven't done that enough over the course of the season.

"It was an opportunity for three points but at least we took one. 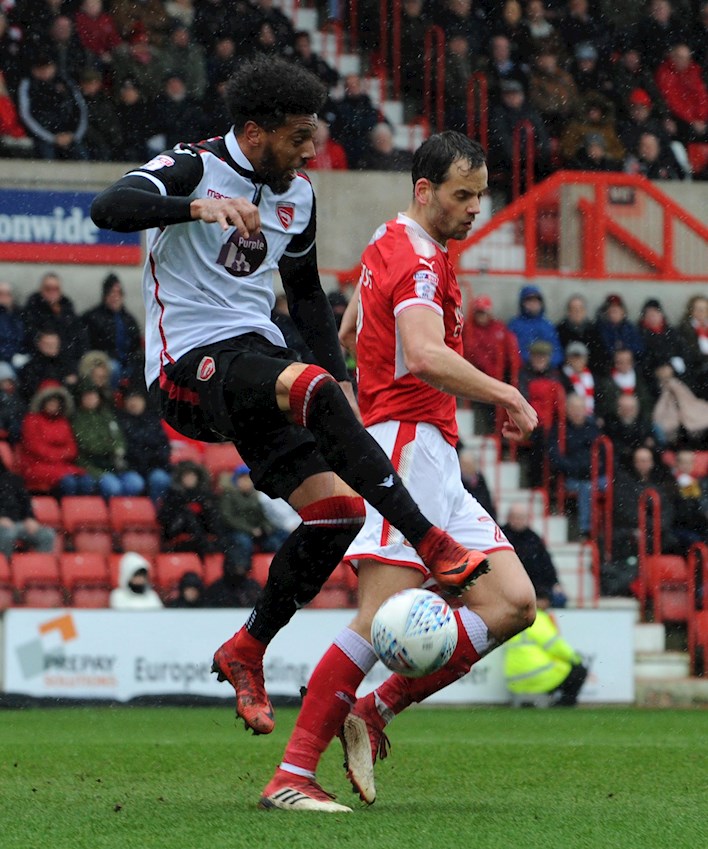 "There has been a lot of work on the defensive side of the game, team shape and there has been a few issues that the Gaffer has tried to tackle head on and iron out.

"It is a process.

"He probably saw a bit of character today and hopefully some of the ideas that he is putting into us coming to fruition in terms of being more solid."

Purkiss was tasked with playing in a central role as part of a back-four against Morecambe, a positional switch he talked in-depth about after the game.

"When we were playing as a three I was really, really enjoying it and I felt that I was playing really well and it suits me down to the ground," he added.

"Playing in a two is slightly different but there was a lot of talk in the week about taking responsibility, irrespective of where you play.

"It was about competing with the striker on Friday, trying to be on the front foot, win the ball in front and give us a platform to play and maybe play higher up the pitch as well.

"We huffed and puffed, we had decent delivery into the box, we had a few half-chances, I had a couple of headers and you do think it is a missed opportunity. We were the better team but we went a goal down so it was decent character to come back to 1-1."

"I really enjoy the position, particularly in a three, and I like to think that I'll learn from every game I play.

"I thought we were more aggressive as a back-four. They had three up-front against our four and we were trying to be brave.

"We were trying to be more aggressive and I thought we were, we won the ball higher up the pitch, we competed a lot better but we need to not give away silly free-kicks.

"I thought Rolly (Rollin Menayese) was as aggressive as we've seen and I tried to use my experience to help him."