Luke Norris was on target and Richards grabbed a brace as Swindon cruised to a 3-1 win against Cambridge United in what was Phil Brown's first game in charge.

And Richards was of the opinion that sheer hard work in the build-up to the game laid the foundations for the success.

"We set up to come here for the three points and the work we've done the last two weeks with both the Gaffer and Matty (Taylor) has been top drawer," he said.

"This result is off the back of two weeks' work that we've done on the training ground.

"The Gaffer said to us that there is no point in putting the work in on the training ground if we don't replicate that on a Saturday.

"We were solid at the back, we conceded which we are disappointed about but we've got the three points at the end of the day.

"If we can stop conceding as many goals in the coming weeks then that should stand us in good stead.

"You never give a perfect performance and there are areas of the game we can be better with - retaining the ball, playing in the right areas and not giving cheap goals away." 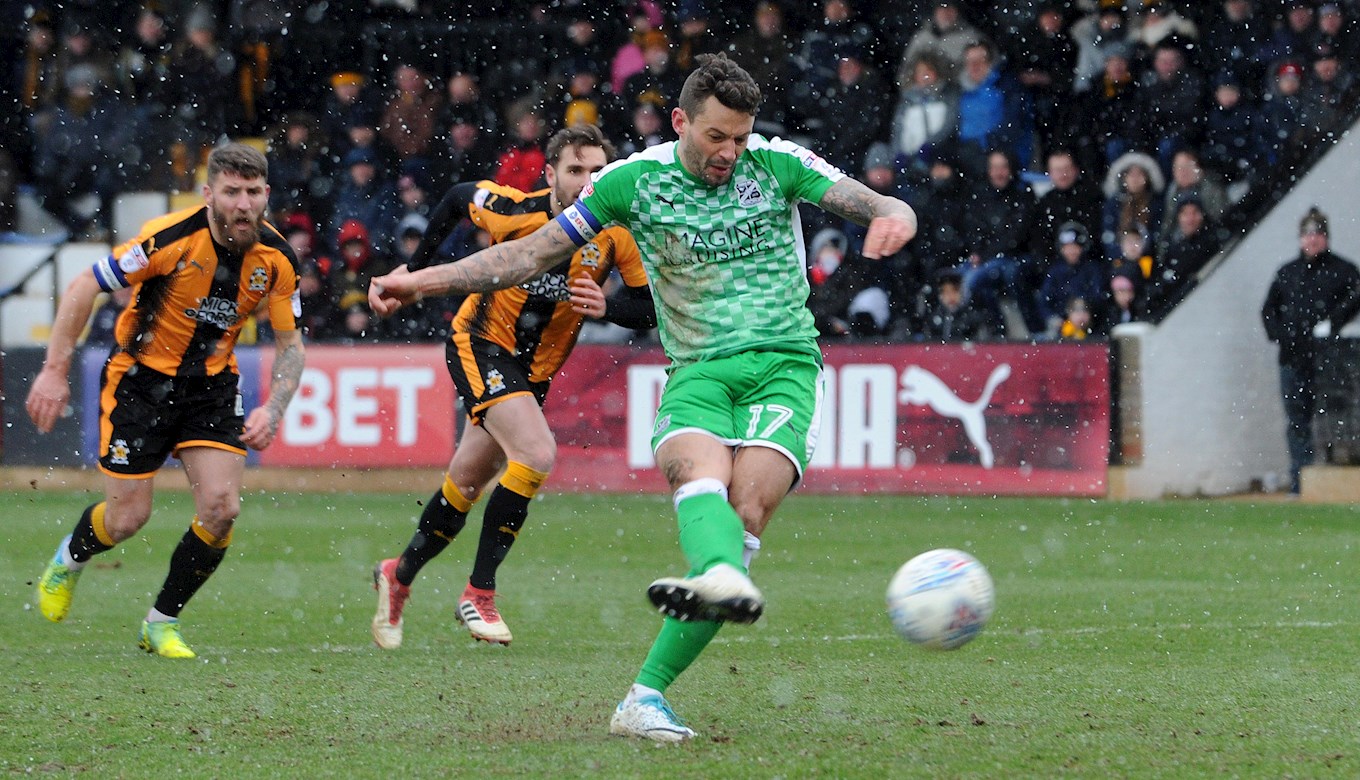 Richards took his tally to nine goals in just ten starts with a brace today, and he went on to describe his two goals.

"Everyone knows what Matty Taylor is about. He gives you that width on the left-hand side and from set-pieces he is deadly," he added.

"It was just a case of putting myself in the right area and I knew that he would pick me out and I just had to get on the end of it.

"If Luke (Norris) isn't playing then I'll always step up but we've not had that discussion yet in regards to who is going to take a penalty if we're both on the pitch.

"He's been here longer than me and he's taken them all season so it is over to him if we're both playing, but if it is just me on the pitch then I'll step up to take one.

"Luke has been working really hard and not getting any joy in-front of goal, but he got his just rewards today.

"I thought his movement inside the box was brilliant, I thought the lead-up to the goal was brilliant and Luke has got his just rewards today."