The recognition continues to arrive for Marc Richards who has today been shortlisted for the PFA Bristol Street Motors Player of the Month Award for February.

It comes just days after the in-form frontman was nominated for the Sky Bet League Two Player of the Month Award.

The 35-year-old was in stunning form during the month of February, netting five times in just six games to help Town keep their automatic promotion hopes alive. 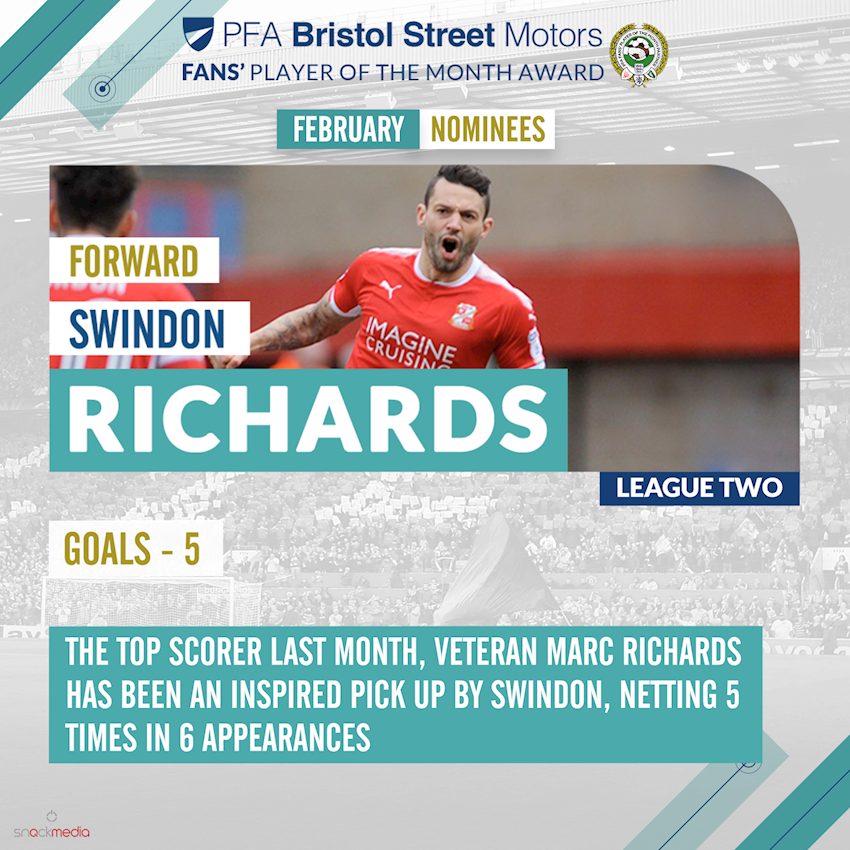 This award is voted for by the fans so make sure you get your votes in for Marc Richards by 8am on Friday 9th March!