Swindon Town were put to the sword 4-0 by Plymouth Argyle in a Central League fixture on Tuesday afternoon.

Lionel Ainsworth grabbed a brace whilst Alex Battle and Alex Fletcher were also on target for the visitors.

Town, led by Alan McLoughlin, once again fielded a very young side which was made up entirely of first and second-year scholars.

That was in stark contrast to Plymouth who were able to call upon a few more experienced heads, including Ainsworth, Kyle Letheren, Aaron Taylor-Sinclair and Joel Grant.

And Argyle were able to take an early lead as Alex Battle kept his cool to slot home beyond Archie Matthews from just inside the area. 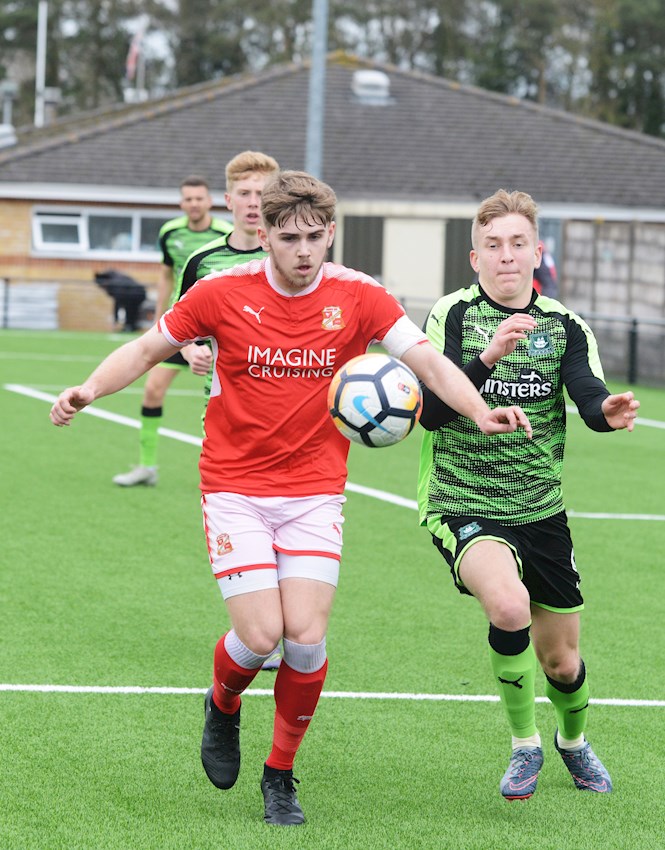 It was soon 2-0 to Plymouth after Battle turned provider with half-an-hour played, picking out Alex Fletcher with a cross and the attacker was able to convert from close-range for his fourth goal in the Central League this season.

Jacob Bancroft tried his luck after the break but his effort was off-target, and that was swiftly followed by a third Plymouth goal.

Lionel Ainsworth was able to place a shot between the legs of Matthews, and the winger rounded off the scoring ten-minutes later after tapping home his own rebound.

The defeat ensures that Town remain rooted to the bottom of the Central League.

*PICTURES COURTESY OF THE SWINDON ADVERTISER.