Swindon Town Boss Phil Brown is ready to welcome Lawrence Vigouroux back into the fold with open arms, but has told the keeper that he faces a big pre-season.

Despite starting the 2017/18 campaign as first-choice, the 24-year-old was sent out on loan to Waterford and he will remain with the League of Ireland Premier Division outfit until June.

However, Brown is certainly a big fan of the popular shotstopper and he's ready to give Vigouroux a fresh start come the beginning of pre-season.

"It is a clean slate for Lawrence," he told swindontownfc.co.uk.

"He's coming back and I've had a couple of conversations with Lawrence already when he wasn't playing at Waterford during my ten-game tenure.

"I don't see a bad character - I see a funny guy who puts a smile on a lot of people's faces.

"The only smile he'll put on my face is if he's out there performing for Swindon Town.

"It is then up to him to roll the sleeves up and get on with the hard work. It is hard work and you can't get away from it."

"We'll then welcome him back.

"His last game for them is June 1st and he'll have a close season like everyone else. Because he's finishing later then everybody else he'll come back a little bit later than the rest - he'll come in during the first week of July.

"It is then up to him to roll the sleeves up and get on with the hard work. It is hard work and you can't get away from it.

"You've got five, six weeks of preparation and it prepares you for everything that is going to come out of that opposition changing room." 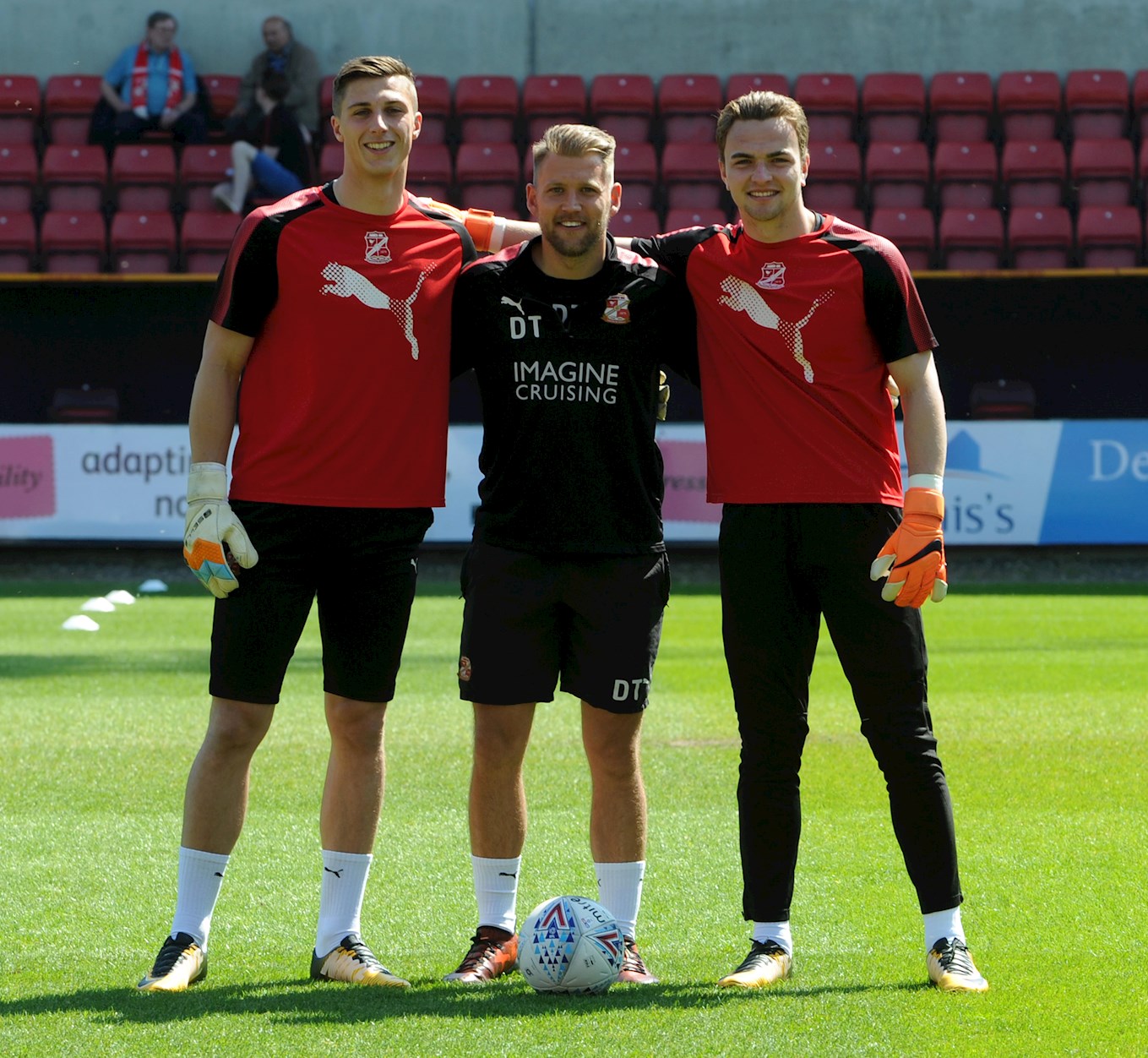 But Brown has told Vigouroux that he'll have to be at the top of his game with both Stuart Moore and Will Henry on hand to provide stiff competition for the number one shirt.

"Lawrence has got a number one alongside him in Stuart Moore, who isn't a number two at this moment in time," he added.

"He might have been a number two before me but he played eight, maybe even nine of my ten games and he got himself three clean sheets, so he has a 33% clean sheet ratio.

"If he can get that next year then you've already got fifteen, sixteen clean sheets and you're looking forward to another four or five and then you've got a recipe for success.

"Lawrence has got a challenge on his hands because I've got two number ones on my hands and, not only that, I've also got Will Henry who really impressed in training.

"I remember him and Amine Linganzi squaring up to each other in one of the indoor facilities in Swindon on a Sunday over the Easter weekend because he conceded one goal in one-and-a-half hours' worth of training.

"He was that sick of the fact that a goal had gone in that he started having a dig at one or two of the centre-halves in-front of him and that is the right attitude.

"Will probably needs a lot more game time and whether that is out on loan or in our reserves, time will tell."