Swindon Town Boss Phil Brown is already hard at work for next season and he's revealed what he wants from any player representing the club in 2018/19.

Fresh from being handed a two-year deal to lead the club, Brown has wasted little time in shaping his squad for the new campaign with the club's retained list due out shortly.

And, speaking to the club exclusively, Brown has gone into great detail about the work that he has undertaken already this summer.

"We've got the players coming back on June 25th, that is all in place, and I had individual player appraisals with every player and every staff member at the end of the season," he told swindontownfc.co.uk.

"The Chairman and myself are standing shoulder to shoulder and moving forward together - that is key.

"This football club has probably stood still for too long and this club should be in League One, if not in the Championship.

"That is where we want to head and that will involve a lot of key decision making in the next two or three months before we even kick a ball in earnest.

"Hopefully we will be playing a brand of football that will get the supporters behind us from minute one and then, hopefully, the results will follow."

"The decision making process in the next three months is going to be vital and the support that is required for that does continue - just because we haven't got any games doesn't mean that the supporters will go away.

"They will be looking at our website and wondering who is coming in.

"At this moment in time I have got a plan but obviously I can't show anyone what that plan is because sometimes you win some and sometimes you lose some when it comes to signing players.

"The players we bring in will be well versed in playing for a big club and certainly when it comes to playing League Two football, if not higher.

"That's what our targets are and with a bit of luck and good negotiations we can get the players we want."

And Brown went on to detail just exactly what qualities he'll be looking for in any new recruits he brings to the football club over the summer. 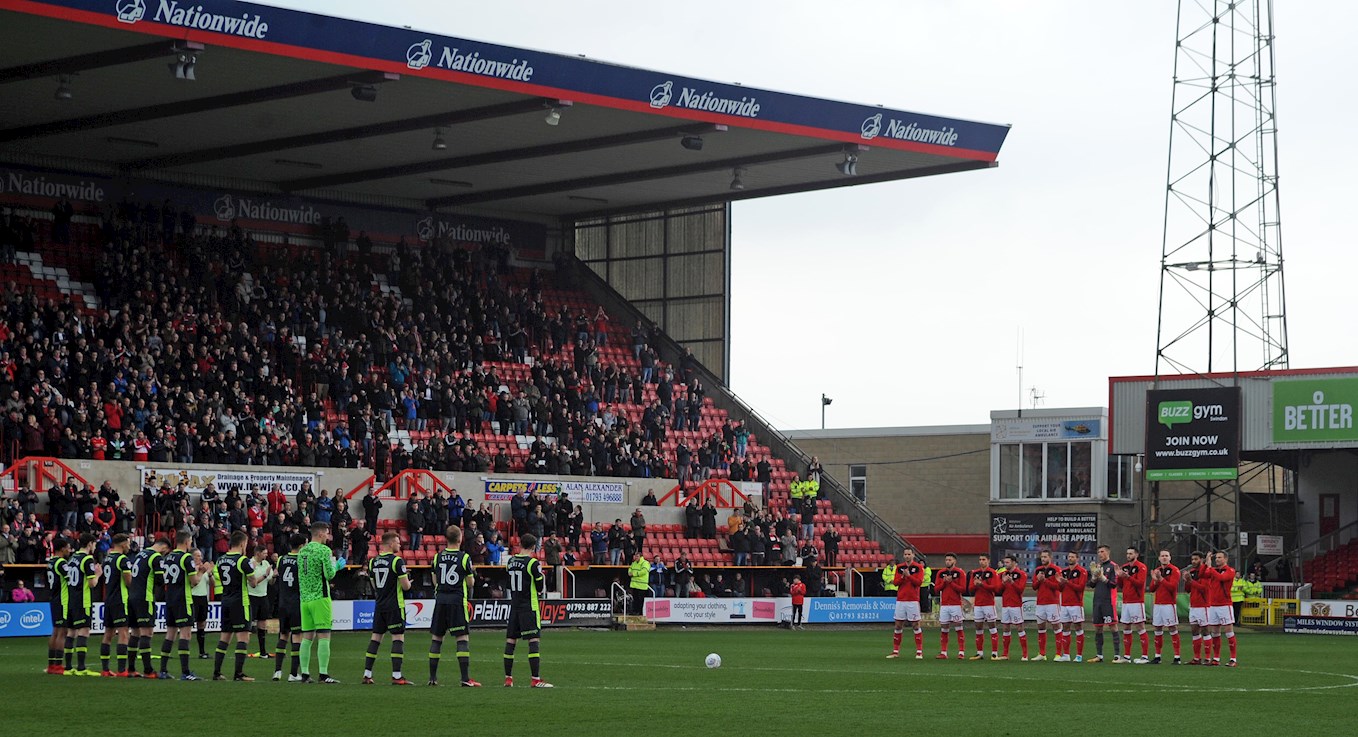 "That is not being disrespectful to anybody - this is a big football club on a big stage with demands from the owner, the manager and the supporters and the fans are going to be so key next season.

"Hopefully we will be playing a brand of football that will get the supporters behind us from minute one and then, hopefully, the results will follow.

"The players need to handle the pressure of playing for Swindon Town Football Club and, not only handle it, but winning games of football for the club more regularly than not.

"That is the kind of player that understands what is required and I'll be doing my homework.

"I will meet any player that comes into this football club and I'll talk to them and make them understand what it is to play for Swindon Town Football Club.

"That is the type of player I'm looking for."