Marc Richards gave the Robins a deserved lead following an action packed start at SN1, an advantage that was doubled by Keshi Anderson just before half-time.

Paul Mullin added a third in the second-half with Town able to finish a frustrating season on a high note.

Phil Brown made three changes and opted to hand a professional debut to Academy Scholar Jordan Edwards, who lined up just behind Marc Richards in a number ten role.

There were also starts for Paul Mullin and Amine Linganzi with Timi Elsnik dropping to the bench and Ollie Banks having returned to parent club Oldham Athletic. 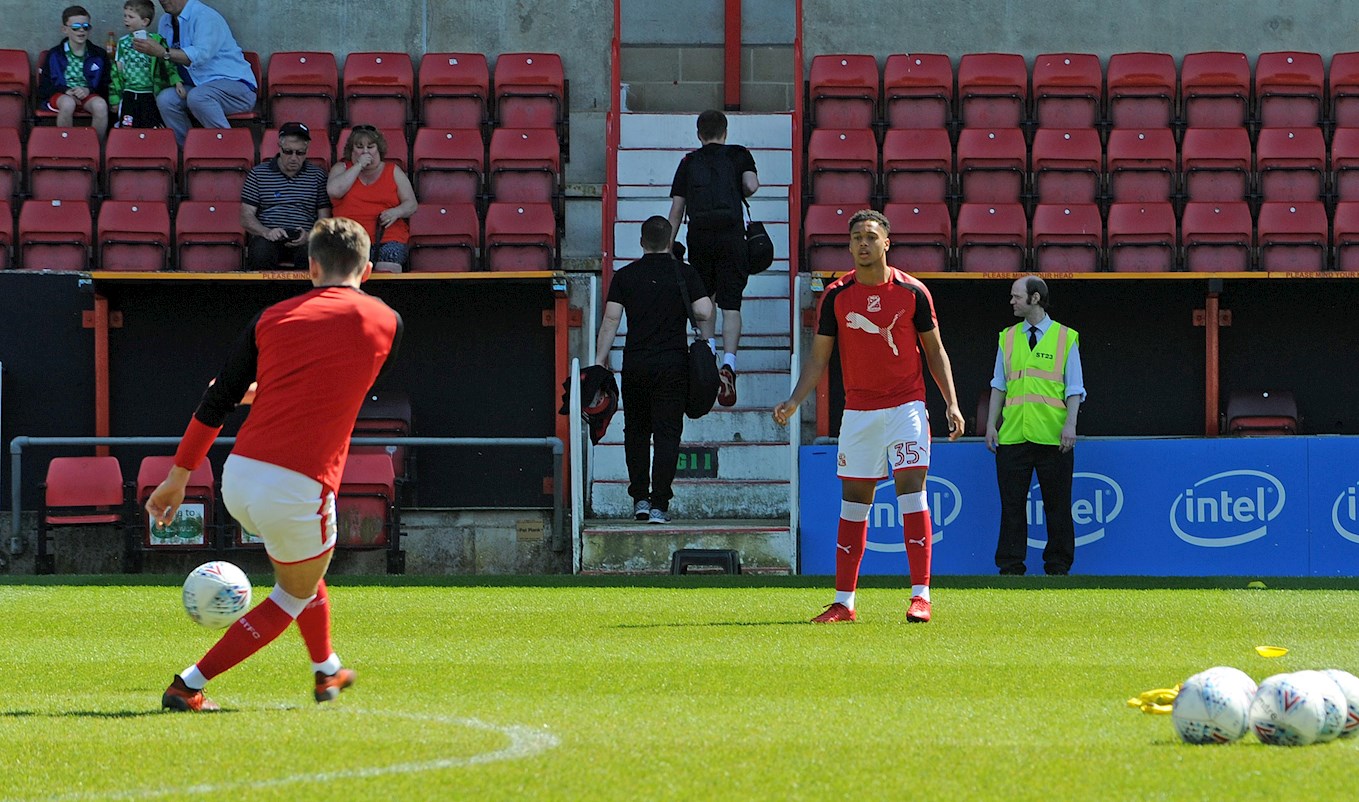 After giving the 2017/18 Sky Bet League Two champions a well deserved Guard of Honour, it was down to business for the final time.

And there was a frantic start to proceedings with chances arriving at both ends of the pitch in the opening minutes.

Rollin Menayese saw his header from Matty Taylor's corner claimed by Aaron Chapman in the visiting goal, before Stuart Moore produced a superb save to keep out Jordan Clark's thunderous drive at the other end.

Amine Linganzi then saw his tame strike smothered by Chapman, before the division's leading scorer Billy Kee sent a looping header onto the roof of the net.

Stanley, who were backed by a jubilant away support, went close again moments later after Kayden Jackson pounced on a mistake from Menayese, but the striker took too much time and his shot was deflected behind by Ryan McGivern.

And that missed opportunity came back to haunt the Champions as Town went up the other end and scored, Kyle Knoyle picking out Marc Richards at the back post with the striker able to stroke home the opener. 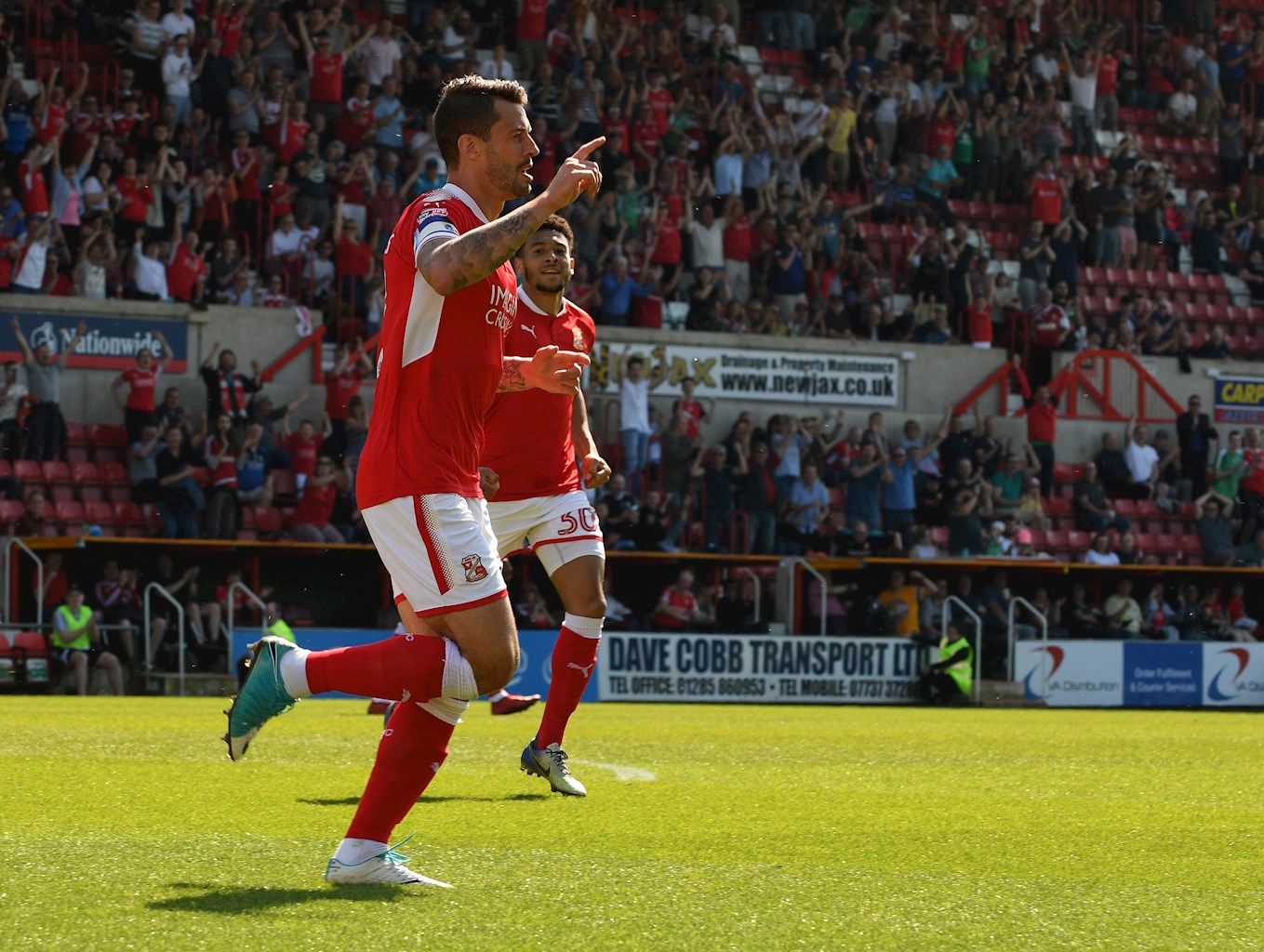 Town were looking dangerous every time they poured forward and Linganzi was next to try his luck, hammering a shot just wide after being teed up by Taylor.

Accrington were looking to get back into the contest and they had chances with Kee sending a thunderous effort from distance into the gloves of Moore.

But it was Town who would score next and it came right on the stroke of half-time, Keshi Anderson playing a lovely one-two with James Dunne before finishing with aplomb.

And it could have been three on the stroke of half-time after Richards raced clean through on goal, but he was unable to regain his composure and Chapman was able to claim the ball.

Moore had to be alert to deny Jimmy Dunne shortly after the restart, before James Dunne blasted over at the other end.

But Town made no mistake moments later thanks to Paul Mullin, who was able to fire home a third goal from a very tight angle.

Richards went close to grabbing his second of the afternoon after diverting Taylor's free-kick onto the post, before Moore did well to claw away Kayden Jackson's well-struck effort at the other end.

Town made their first change of the game just past the hour mark with Ellis Iandolo replacing the injured Rollin Menayese, although Iandolo soon picked up an injury and had to be replaced by Joe Romanski.

Kee could only volley wide for Stanley late on before Jordan Edwards left the field to a standing ovation to be replaced by Timi Elsnik.

There was still time for some late drama with Town's James Dunne and Accrington's Jimmy Dunne both shown red cards following a coming together, with the final whistle blowing shortly after as the Reds were able to close the season with a victory.


Swindon Town put in a below-par performance in a disappointing and frustrating 3-1 loss to Bradford City in the EFL Sky Bet League Two at The County Ground this afternoon.