Marc Richards has stressed the importance of everyone being on the same page once pre-season gets underway next month.

The striker will be one of the returning faces when Phil Brown's class of 2018/19 get together on June 25th, with a few new faces set to be joining him too.

However, whether you are a familiar or fresh face, Richards has stated that every single player needs to be willing to make the ultimate sacrifice for promotion from day one.

"Everyone needs to make sure they are ready for a promotion campaign," he told swindontownfc.co.uk.

"That's what everyone wants.

"This is a massive club in this league and teams come here and want to take a scalp every week because we are a big club.

"The club needs that promotion mentality and from day one that is the aim, that is the goal and if that is not something you want then don't come back - it is as simple as that. 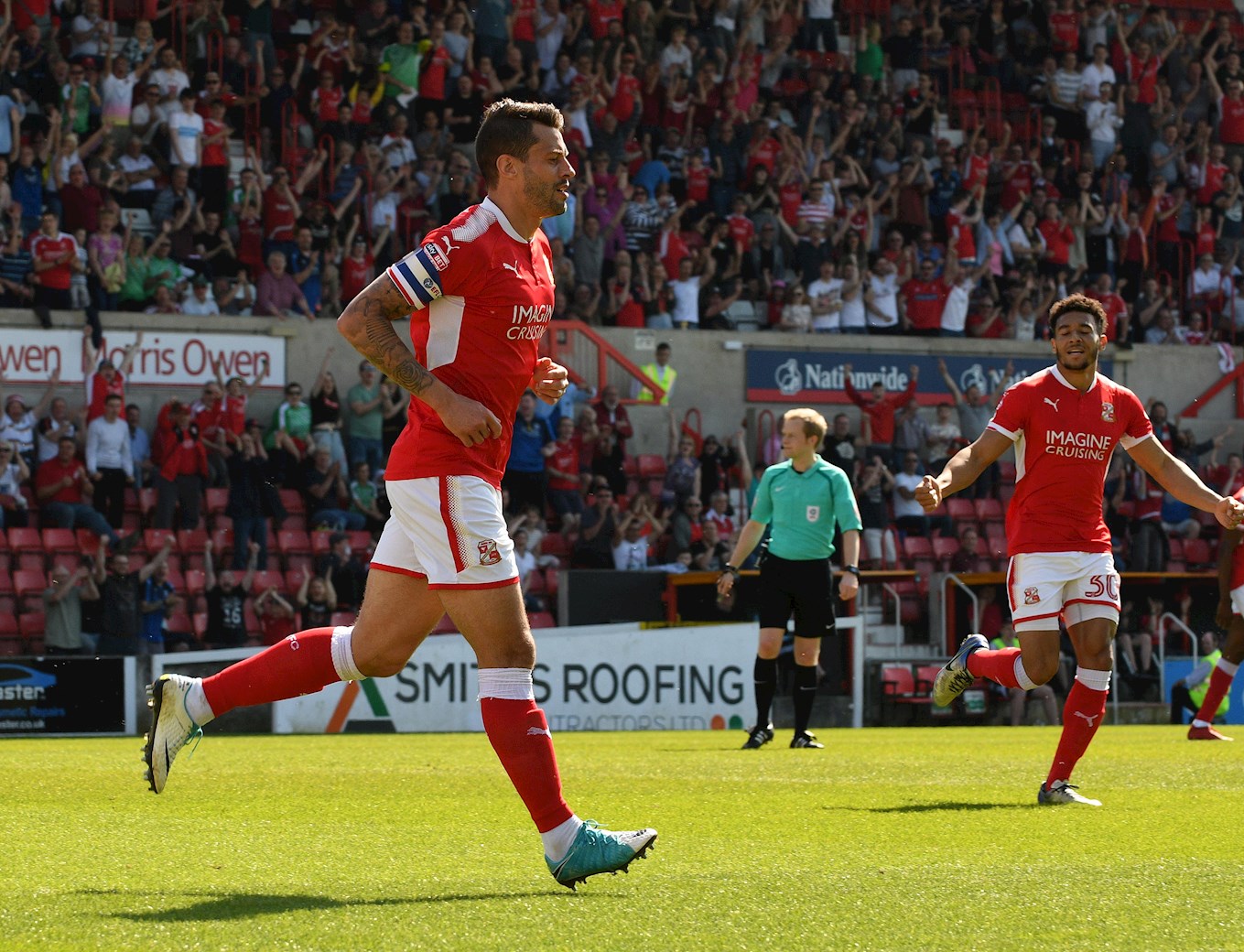 "If you aren't going to sacrifice everything you need to in order to get that goal, then don't come back.

"It isn't just about the player, it is about the character.

"I always revert back to the year we got promoted with Northampton Town under Chris Wilder. Chris was brilliant at bringing in the right characters, they were good players but they were the best group of players I have worked with by far in the dressing room.

"If the Gaffer can do something like that then that could ultimately win us 10 or 15 points next season just by having the right characters in the room.

"Anyone that was involved in the game against Accrington Stanley should have looked at that and thought 'I want to be a part of that next season.'

"They should have used that as a motivation because the last thing we want next season is a club coming here and parading a trophy again - that should have hurt.

"The club needs that promotion mentality and from day one that is the aim, that is the goal and if that is not something you want then don't come back - it is as simple as that."

"We need to use it as a positive in terms of a taster of what we could have here next season."

Richards was in fine form for Town after arriving in January, finishing the season with eleven goals to his name although he felt that tally could have been a little bit better.

"It couldn't have gone any better on a personal note from the start in terms of the goals to games ratio," he added.

"That is ultimately what I was brought into the club to do.

"I could have had a few more as well so whilst I was pleased that my time here has gone well so far personally, I wasn't satisfied because I should have scored a lot more and maybe if I had scored a few more then maybe the club would have been involved in the Play-Offs.

"We were just too inconsistent as a team and we didn't deserve to be in the Play-Offs because we wasn't good enough."


Swindon Town can today announce details of our retained and released list following the close of the 2018/19 campaign.