Swindon have the chance to end the Bank Holiday on a high after four consecutive draws as Crewe visit the County Ground in the penultimate game at SN1 this season.

The Alex visit the CG in good nick, winning their last two without conceding a single goal with Swindon’s unbeaten run containing two wins at the start of it and four stalemates.

Crewe have, in similar fashion to Swindon, flirted with both the top and bottom of the division this season.

When the two sides met back in October, the Alex were 18th in the division having only won two of their opening nine games – both of those had been emphatic in fairness: a 6-0 win on the opening day against Morecambe and a 3-0 home victory against Macclesfield.

A Joe Romanski own goal was the difference for the Railwaymen at Gresty Road on that Tuesday evening but even after that their form was still less than desirable.

Two wins in nine followed until an upturn over the Christmas period saw them steer clear of the relegation zone. On Boxing Day, Crewe shocked league leaders Lincoln at Alexandra Stadium with goals from Chris Porter and James Jones sealing victory.

After that, Crewe hit form – six wins in nine with only one loss, against fellow purple-patchers, Bury. Not once, did they fail to score in that time either with goals coming from all over the pitch as well as the boot of Chris Porter.

The Alex’s form doesn’t quite keep them within play-off distance, however – at the time of writing, they are 14th with 56 points, nine points off seventh.

In the last month, David Artell’s side have picked up three wins out of five and put Notts County to the sword in the latest of those – goals from Aaron Sinclair, Ryan Wintle and James Jones kept the Magpies in a dire position at the bottom of League Two.

David Artell had a playing career that lasted almost 20 years as a professional – he played for a total of 12 clubs in that time which included Rotherham, Mansfield, Chester, Morecambe, Port Vale and Northampton Town.

He played a total of 72 times for Crewe, also, as a centre-back. Former manager, Jim Bentley described him as ‘committed, aggressive, and brave.’

In 2014, while still playing for Bala Town in non-league football, Artell became Academy Operations Manager at Gresty Road and three years later was appointed first-team manager, replacing Steve Davis. On 5th May 2018, Artell selected a starting XI who were all Academy graduates.

Former manager, Jim Bentley also said about him: “If I ever went on Who Wants to be a Millionaire?, David would be my phone-a-friend. He might look thick but don’t be fooled. Education-wise and in terms of football knowledge, he’s probably the cleverest bloke I ever played with.” 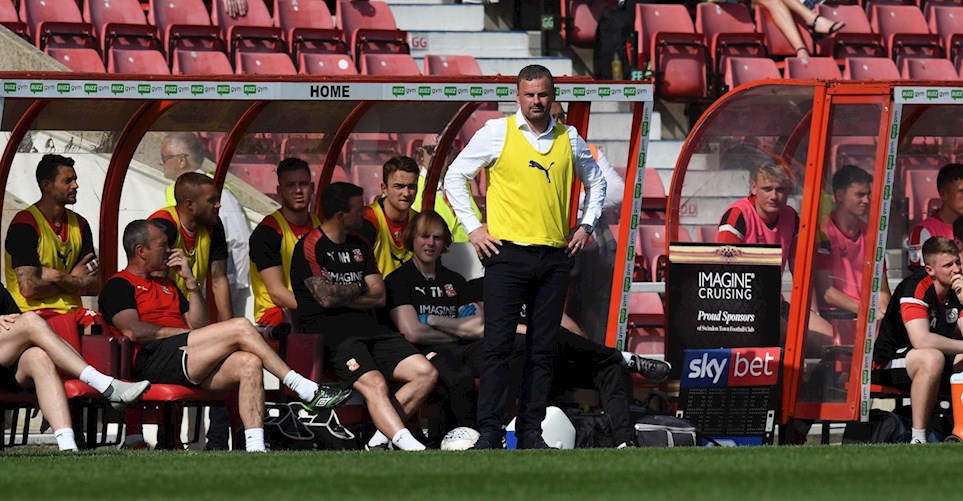