Ten-man Swindon were twice pegged after taking the lead as they had to settle for a 2-2 draw against Cheltenham.

Eoin Doyle scored his second and third in three games for the club in a frantic first half that saw Chris Hussey and Luke Varney equalise twice for the hosts.

The officials were called into question once again, after a terrible decision cost Town on Tuesday against Northampton, with Mathieu Baudry’s second-half header disallowed by the officials for offside.

Michael Doughty was sent off with 20 minutes to play after a rash challenge left referee, Trevor Kettle with no choice but to send the midfielder off.

Town couldn’t have started the game much better. After not scoring a goal in the first half so far this season, Eoin Doyle decided to put that right six minutes in. Lloyd Isgrove clipped to the back post where the Irishman showed calm and a clinical edge to chest and volley into the back of the net.

However, despite dominating the next 15 minutes, Swindon were pegged back. Chris Hussey was free at the back post after an over-hit cross, and drilled in from the left-hand corner of the area.

What followed was a period of high-temp, high-turnover football. Neither side was allowing the other any time on the ball and chances came more through pinball than possession.

But Town with their next chance on 33 minutes took the lead again and it was the same combination that did the trick. Lloyd Isgrove twisted and turned his man on the right-hand side, curled a vicious cross in to the six-yard box where Doyle hammered home for his and Swindon’s second.

Once again, though, the next chance of the game had the two Robins level again. Luke Varney nipped across the front post and nodded a quick header past Luke McCormick.

Town’s first effort of the second period came on 51 minutes – Doughty was fouled and took the subsequent free-kick himself. However, his low, drilled effort was just wide of Scott Flinders’ goal.

And eight minutes later, Mathieu Baudry had the ball in the back of the net. However, Trevor Kettle’s whistle disallowed the goal for offside, disappointing the Robins just as much as the lack of whistle and flag had infuriated them on Tuesday against Northampton.

The real flash point of the second half came with 20 minutes to go – Michael Doughty, rashly, flew into a tackle and caught the Cheltenham midfielder high on his leg leaving Kettle with no choice but to send him off.

The rest of the half past without much goal-mouth action aside from Ellis Iandolo’s diving header late on that he was always stretching to get. 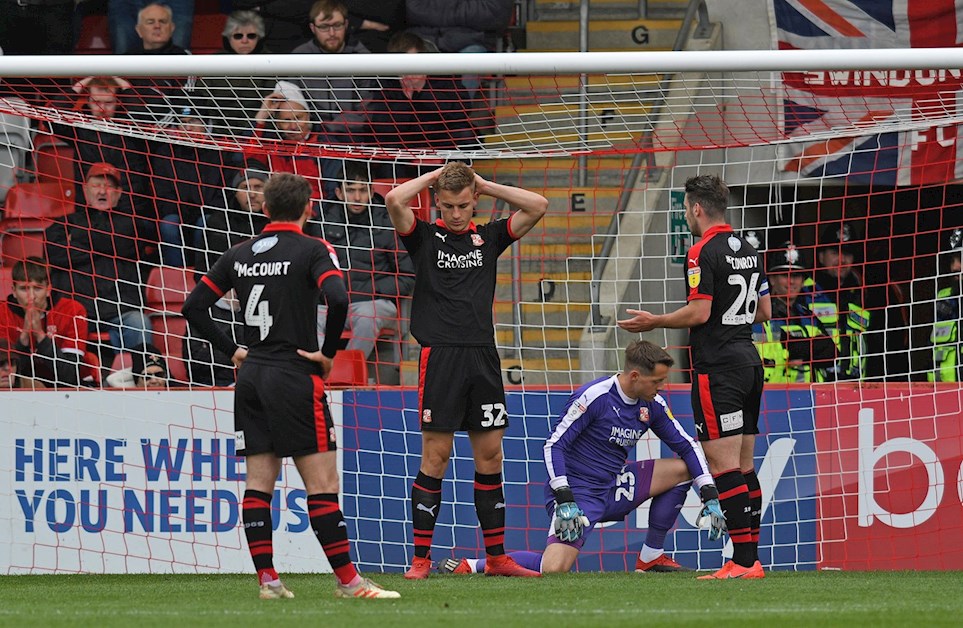 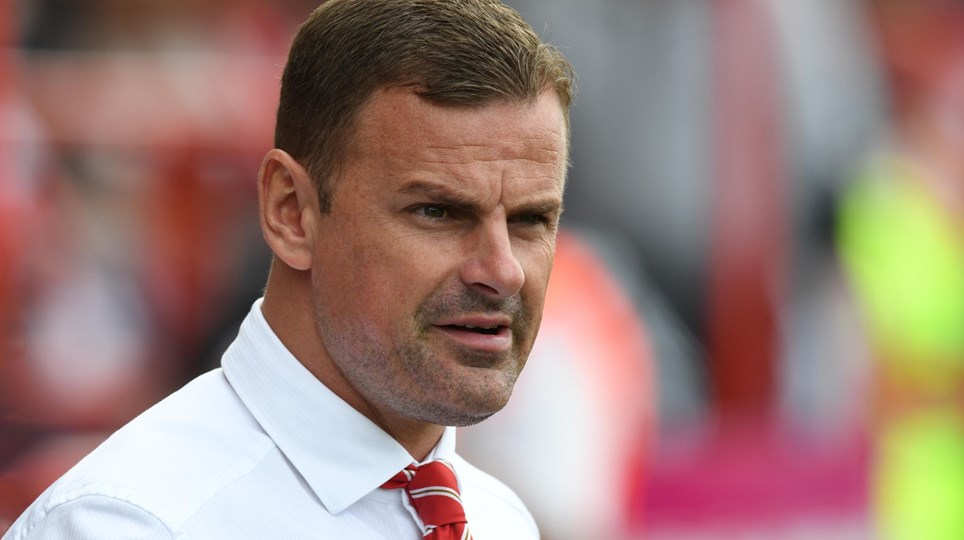