Eoin Doyle continued his incredible goalscoring form despite Town’s winning run being broken by a last-gasp Forest Green goal meaning Swindon had to settle for a 2-2 draw at New Lawn Stadium.

Doyle’s 20th of the season put the Robins ahead on 16 minutes after he prodded in Rob Hunt’s low cross. His 21st followed before half-time as a clever finish put the Robins two-up.

Joseph Mills’ replied in the second half with two of his own to ensure parity in Gloucestershire.

Despite having arguably more of the ball than any game this season, Town’s chances created were relatively low by average.

However, with Eoin Doyle in this form, the first chance was always likely to be a goal. And that it was. Rob Hunt made good headway down the left and beat Elliott Frear before drilling a low cross along the six-yard box. Doyle was there. Doyle scored – a left-footed poke saw the ball flash past Adam Smith putting the Town ahead on 16 minutes. That was Doyle’s tenth game in a row that he has netted.

Following the goal, you expect a reaction from the opponent but that reaction was not to go after the equaliser but to sit in and halt more. Rovers sat in and let Town move the ball from left to right with ease.

Chances didn’t come easily because of how deep the home side sat – however, on 35 minutes the next one came and the so did a second goal for Doyle and Swindon.

Steven Benda punted the ball forward, Kaiyne Woolery flicked on and with Forest Green high up the pitch, Doyle beat the offside trap and the rest was inevitable.

For the 21st time this season, he found the back of the net, this time with a neat side-footed finish high into the home goal.

After an abject first half, Forest Green were a changed side in their intensity, and their defensive line. They press Swindon and forced errors and after an opening ten minutes where Town struggled to get out, Joseph Mills bagged at the back post to halve the deficit.

Despite the home side’s increased competitiveness Swindon still had the better of the chance – Eoin Doyle was ever so close to getting his third. He chipped over Smith but Joseph Mills was back on the line to slide in and prod round the post.

Adam Smith had to be very alert when Mathieu Baudry nodded down towards goal – his save kept the scores close and that was the difference.

Well into five minutes of added time, Rovers had the goal to break Town hearts. Smith, the goalkeeper, was up for a last-gasp corner and his presence, simply numerically, was enough to enable Mills to get his second and level the game. 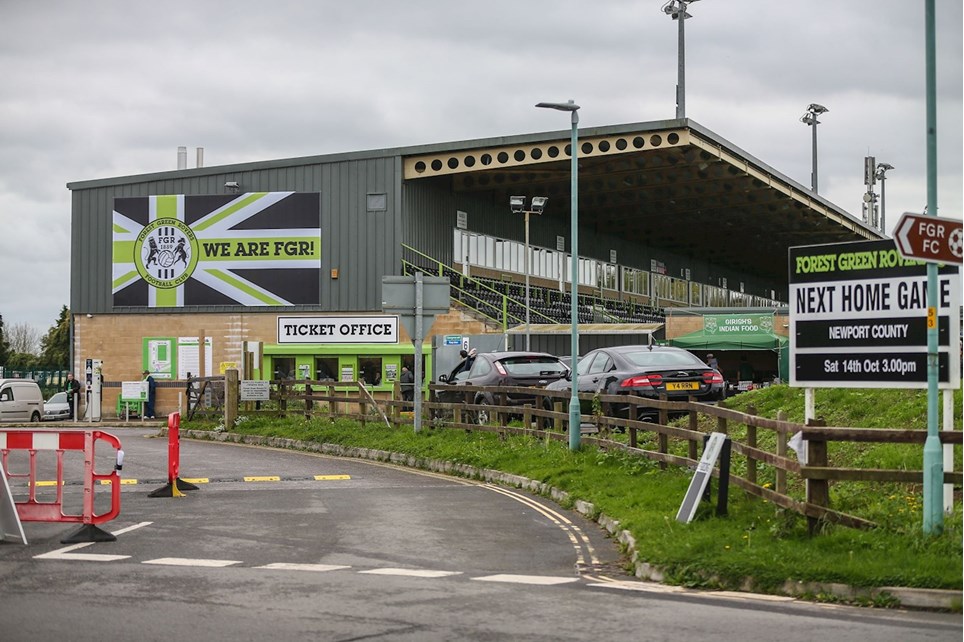 
Having sold out our allocation, there will be no further tickets available for Swindon fans for the match at The New Lawn on 21st December.