Goals from Kaiyne Woolery and Eoin Doyle ensured Swindon continued their impeccable winning run making it seven on the spin.

Strikes at the end of each half mean Swindon stay top of the division and open up a seven-point gap between them and fourth.

Woolery struck in first-half stoppage time with a fierce effort into the corner and after a battling display by both sides in the second half, Doyle finished the game off with a classy finish with three minutes to spare.

For the first time in a long time, a team came to the County Ground and really startled the Robins I the opening ten minutes. Oldham did just that, although, nothing clear cut was really created, but long throws and corners dominated the opening to the game.

Mathieu Baudry had to put in an excellent tackle to stop Chris McCann from advancing into the Town box but his side were not without chances. Jerry Yates and Eoin Doyle linked up cleverly on the edge of the Latics box but Yates’ cross was just too high for his Irish partner.

Steven Benda had to be alert from range on 23 minutes when Jamie Stott’s effort looped towards goal – the big German was equal to it, however.

As the half went on Swindon grew and grew but the clearest chance fell to Oldham – Zak Mills’ shot at the back post was brilliant blocked by Rob Hunt who dived in to stop the ball getting near his goal and with that it looked like the half would end goalless.

After Doyle won the ball in a 50/50 in his own half, Michael Doughty picked the ball up and sprayed a perfect pass, on his weaker foot, through to Woolery who took a touch and struck past Zeus De La Paz into the far corner with blistering pace.

Even with the goal behind them, Swindon, nor Oldham, could get into much rhythm.

The introduction of Keshi Anderson made a difference just past the hour mark – it was almost instant. Anderson’s cross a minute after coming on was centimetres past the foot of Yates.

On 82 minutes, the substitute was involved again – this time sending Doyle in behind. The Irishman chipped the keeper and found the net but had his goal disallowed for offside.

Five minutes later, the Ginger Pele had his goal. Picking up the ball 25 yards, he shifted one way and then the other before stroking the ball past De Le Paz from the edge of the 18-yard-box.

Doyle’s 19th goal in 18 games made sure of a deserved, if not vintage, win. 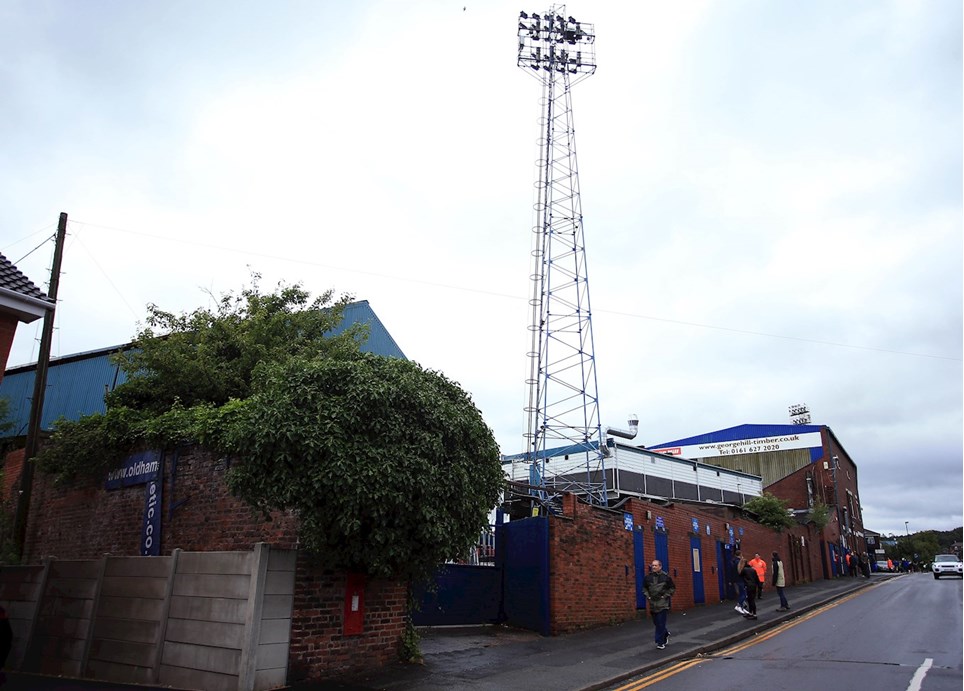