Swindon Town were devastated to hear of the passing of one its most successful managers of all time with the news of Danny Williams’ death, at the age of 94.

In two four-year spells at the County Ground he presided over almost 450 games, leading the club to a ‘double’ in 1969 – lifting the League Cup at Wembley and promotion from the third tier.

Earlier, as a player, he had made a club record 621 appearances for Rotherham before taking the managerial reins there in 1962.

Born a few miles away, at Thrybergh, Danny progressed to league football the hard way - putting in a shift at the mines at Silverwood Colliery on a Saturday morning before playing in the afternoon.

Prior to the events of 1969, Danny’s Town had hit the headlines early in 1967. Drawn away to West Ham – featuring World Cup winning trio Geoff Hurst, Martin Peters and Bobby Moore – in the Third Round of the F.A.Cup, the Hammers were held 3-3 by Swindon before suffering a 3-1 defeat in the replay in Wiltshire.

Danny convinced his troops that they could beat anyone – and that was proved time and time again during the League Cup run when Town saw off higher League opposition five times to lift the trophy. After reaching Wembley just before Christmas he had told them to ‘forget about the Final and concentrate on the League games – they are much more important’.

After handing over to Bob Smith in 1978, Danny moved ‘upstairs’ to become general manager.


Supporters have the chance to purchase a unique scrapbook of Danny Williams’ memories of the run to the 1969 League Cup Final and the win at Wembley against Arsenal. 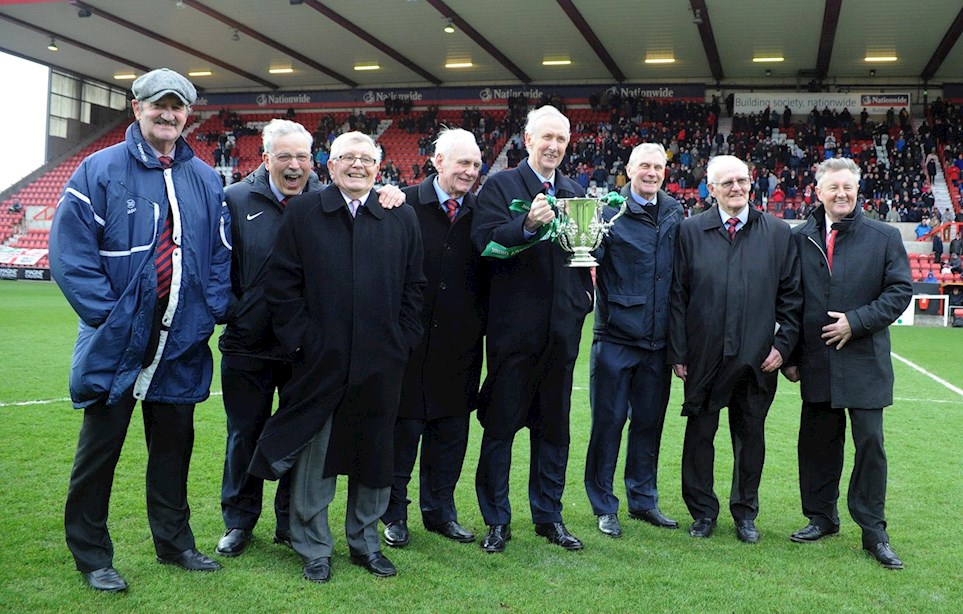