Swindon stayed level on points with Grimsby in the League Two table after the two sides played out a 1-1 draw at the Energy Check County Ground.

Theo Robinson scored his second in two games at SN1 after Ludvig Ohman was sent off for the visitors in the second half.

However, just a minute later Grimsby were level through Luke Hendrie and despite Town dominating proceedings they had to settle for a point.

Kyle Bennett made his full debut, coming in for the injured Michael Doughty. Luke McCormick made his first start since Swindon played Woking with Lawrence Vigouroux missing out with a shoulder injury.

Academy graduate, Jacob Bancroft made the bench for the first time.

Swindon’s first-half dominance was kickstarted by a blitz on the Grimsby goal straight from the whistle. Kaiyne Woolery battled past his man on the edge of the 18-yard box before unleashing a powerful effort that stung the palms of James McKeown less than a minute into the match.

From the resultant corner, the Mariners stopper was called into action again – this time off the back of Dion Conroy’s backheel the almost found its way to Keshi Anderson who was baring down on goal.

Still under five minutes, Theo Robinson was next to go close – he rounded McKeown after chasing down a long channel ball but his touch forced him wide and he couldn’t get a shot away.

In the second wave of that attack, Canice Carroll attempted to guide a shot from 20 yards but it was deflected into the hands of the Grimsby keeper.

Despite their fast start, the Mariners managed to shut the Robins out for large parts of the half, although only registering the one shot target at the other end – Jake Hessenthaler with an effort that Luke McCormick tipped round the post.

That was until the end of the half when Swindo created their best chance – Keshi Anderson took a hard pass from Tom Broadbent on the half turn and poked a pass through to Woolery who tried to round the keeper with acres of time. McKeown smothered and sent the sides in level.

After long periods of the first half were shaky, the game opened up in the second. Kyle Bennett set the tone for the latter 45 when his shot from distance called McKeown into a smart stop less than a minute into the half.

Theo Robinson was next to go close – McCourt floated a corner into the six-yard box and the loan striker rose highest but couldn’t keep his header down guiding it over the bar.

McCormick was called into action for the first time in the second period on the hour mark – the visiting side broke away with Jordan Cook drilling a shot that the experienced goalkeeper was more than equal to.

Grimsby went down to ten men on 65 minutes – Woolery drove towards the visiting back four and Ludvig Ohman  brought down the speedy striker. On a yellow already, it was inevitable he would given his marching orders.

Eight minutes later, and Town were ahead. Dion Conroy floated a delightful cross in from deep and after his first header was saved, he made no mistake with the rebound, half-volleying into the net.

Town’s delight was short-lived though – Luke Hendrie snuck in at the back post a minute after Swindon had scored and bundled into the corner to equalise for the Mariners.

Swindon’s best chance in the last ten minutes both came through Ali Koiki on the left-hand side – the young left-back got to the byline on 80 minutes and crossed to the near post. Woolery arrived onto the ball to flick goalwards but his header struck the upright and was cleared.

As the board went up announcing five minutes added time, the Burnley loanee near grabbed the winner – he cut inside, nutmegging his man, and drilled to McKeown’s right but the Grimsby keeper got a strong right hand to deny Koiki and the Robins three points.


A flurry of first-half goals opened Swindon’s League One campaign with an important 3-1 victory against Rochdale. 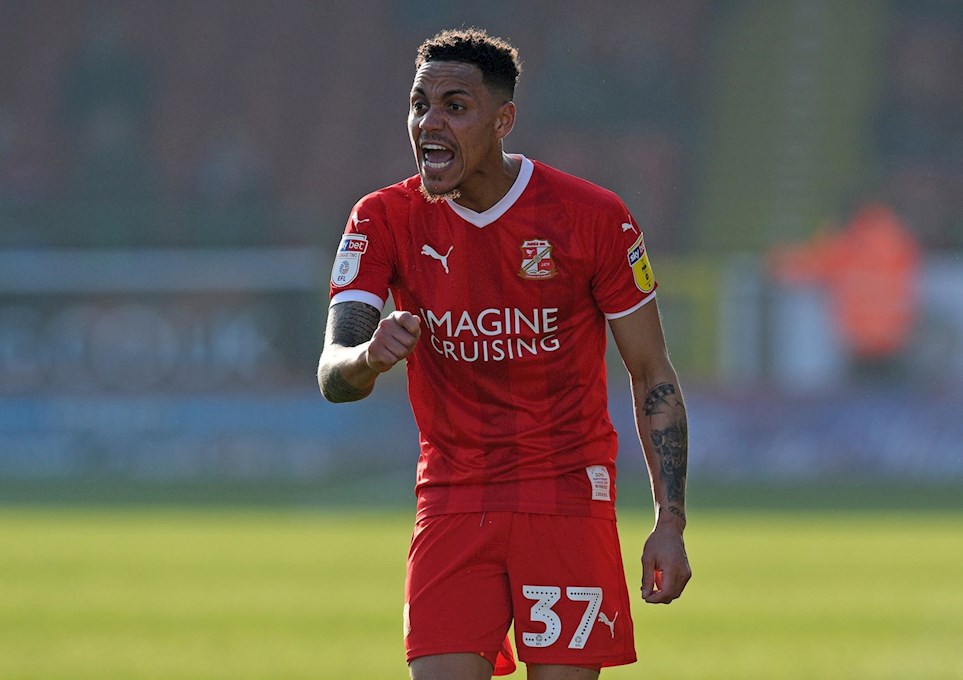 
Goals either side of half time by Ronan Curtis, and a penalty by Ellis Harrison defeated Swindon Town at Fratton Park 2-0.