Town’s newest and youngest January signing was in fine spirits as he sat down in front of the press for the first time in Swindon red.

Curran joined on a two-and-a-half year deal from Southend United and has been training with the first team this week after joining for an undisclosed fee.

The youngster has enjoyed his first week with the Robins, especially with the more experienced heads.

“We just decided it was the best move – to train with a first-team, try and get some game time.

“It’s exciting to be training around experienced pros – Matty Taylor is the most well-known out of them. You can learn a lot from someone who’s played four-to-five-hundred league games.”

When asked what sort of defender he is becoming, Curran’s answer implied a ‘no-nonsense’ approach.

“I try and do the basics – none of this tricks and flicks and stuff. I’m a bit of an old-fashioned centre-half – head-it-kick-it, give it to someone who’s better than me.

“I can still play, I’m not going to just get it and kick it, (being able to play) it’s important. I’m a big believer in: “If the balls not in your box, the opposition can’t score.” I’m about the safer option, but if the Gaffer says we want to play then I’m more than comfortable doing that.” 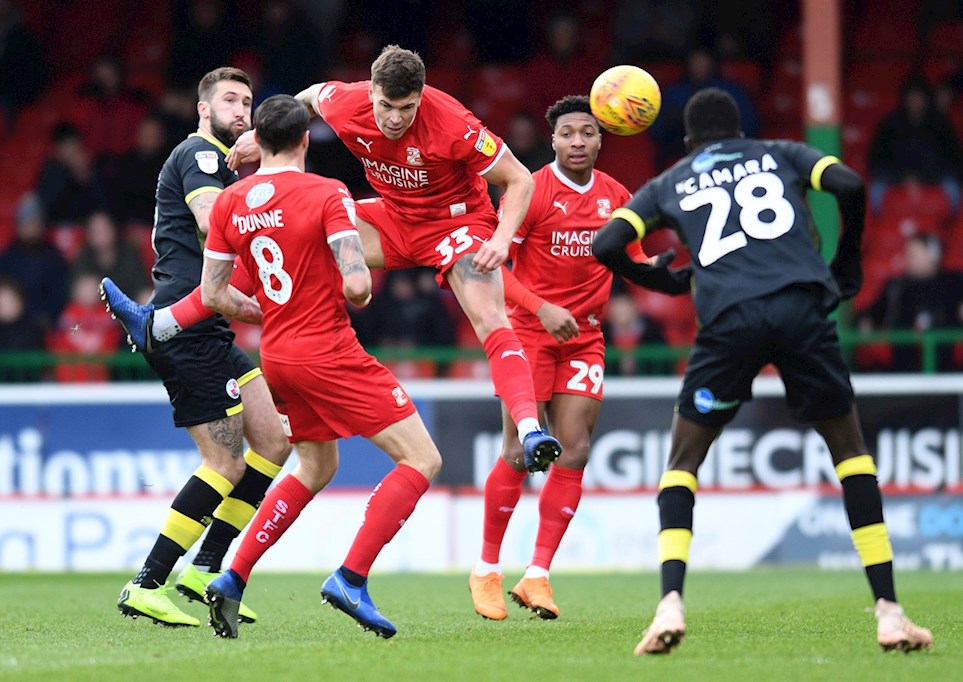