Noel Hunt feels Swindon have started to slowly build some momentum and become ‘hard to beat’ over the last two months.

Town face Exeter City on New Year’s Day having only lost one in the last seven games but having drawn their last three in a row.

In the final game of 2018, Town were unfortunate not to grab all three points against a stern Mansfield side as the game ended goalless.

Hunt feels that the extra work on the training ground has been the key to their improvement since his and Richie Wellens’ arrival.

“The rest becomes more important at this time of the year – since we’ve come in, we’ve upped their workload and I think you’re starting to see that we’re finishing games stronger now.

“For us, this time of the year is mainly about taking them off their feet doing a bit of ball-work but mainly rest. We’ve increased their fitness work over the first three or four weeks they came in and you’re talking about an extra 2-3k in training during the week.

“There’s still a long way to go, and there’ s a lot of things we can do better – I feel even losing only one in seven we’re starting to gain a bit of momentum. We’ve become hard to beat and the fitness and organisation is starting to come through – there’s more we can do in the final third but there’s been improvement there.”

Hunt has been working with young striker, Elijah Adebayo, who was key for Town in their pressing in the Mansfield game.

“I think people have to remember he’s 19 – he’s a baby. When I was 19, I was still half-playing in goal. He’s a great kid and it’s very easy at that point in your career to forget certain parts of your game. We speak to Elijah about running from the side to go and win headers and when he does that he wins every one.

“There’s been a massive improvement in Elijah since we’ve come in – he is still learning, as a few of our boys are. We can hear the cheers when he wins a header but on Saturday, I think he won seven out of nine headers in the first half, and in the second he won six out of nine or ten I think.

“That’s more than half – he’s working hard and he’s desperate for the people to love him, like every player is. For him, sometimes, it might knock him back a bit hearing the sarcasm and the irony but at the same time, he knows it comes with the game.” 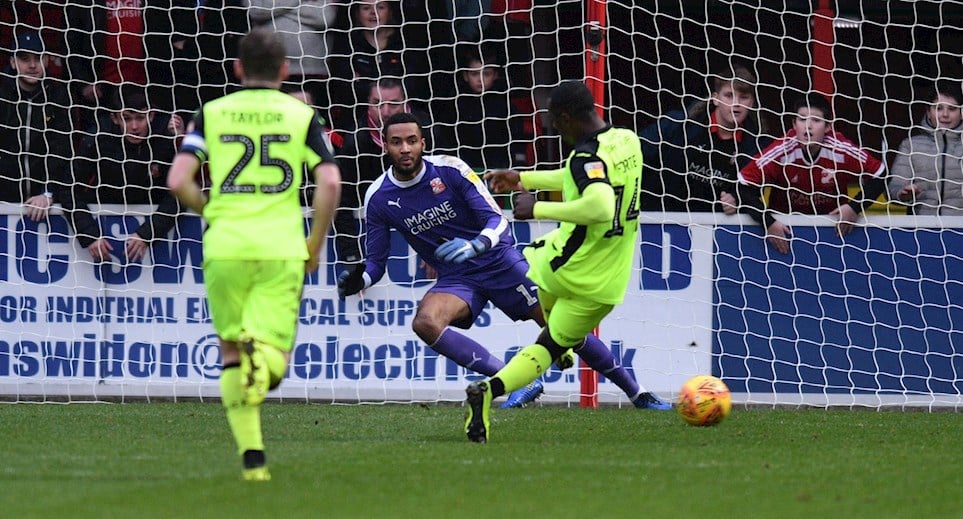