Swindon can go unbeaten in four with a win over Crawley Town this weekend and will hope to make it back-to-back wins after victory away against Tranmere last weekend.

Michael Doughty scored his third in two games after Marc Richards had put the Robins ahead at Prenton Park – the midfielder’s eventual winner was his 10th of the campaign so far.

Town are yet to win at home this calendar year but came as close as possible against Lincoln City, with Jak McCourt having a fierce effort cleared off the line after Michael Doughty’s double had levelled the scoring at SN1.

Richie Wellens’ side now sit 11th in the league, six points off the play-off places but since Boxing Day, their form sees them sit eight in the form table.

Earlier in the season, Town’s trip to face the Red Devils did not feature either of the two managers filling the dugout on Saturday. Both Phil Brown and Harry Kewell have been relieved of their duties since the dramatic 2-2 draw that day with Richie Wellens taking the hotseat at Swindon and Gabriele Cioffi taking the reigns at Crawley.

The West Sussex side’s recent form has been up and down – three losses on the bounce in the last three weeks were preceded by impressive wins over Colchester and Cheltenham to kick off the year.

Ollie Palmer is the Red Devils’ top scorer with 10 goals.

Swindon’s record against Saturday’s visitors is not a good one – 2012 was the last time they came out on top against Crawley, and they’ve lost three of the eight games since them, drawing the rest.

That win, back in 2012, saw goals from Matt Ritchie, Tommy Miller and Raffaele De Vita.

Gabriele is a former defender who played extensively in Italy’s Serie B for 11 clubs, making nearly 400 appearances.

He turned to coaching in 2010 and has held a number of positions, both in Italy and abroad including spells in the academy at Adelaide United in Australia and at Arabian Gulf League side Al Jazira.

Most recently, he was part of Gianfranco Zola’s coaching staff during his time in charge of Birmingham City in the 2016-17 season. Last season he spent time with Fleetwood Town, learning the lower league circuit in England. 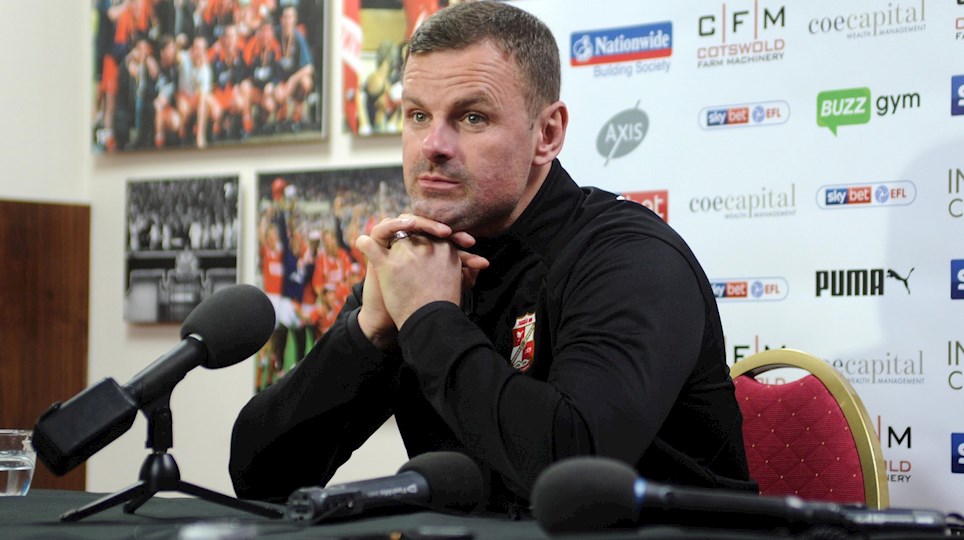 
Swindon face Oldham Athletic this Saturday and our festive family zone will be open from 13:00 and located through the cricket club gates opposite the Arkell’s stand.