Two new recruits gave Richie Wellens more reason to be hopeful after they were key in Swindon’s narrow victory over Tranmere Rovers.

Tom Broadbent, who joined from Bristol Rovers on Friday, was thrown straight in to the starting line-up whereas Danny Rose, whose arrival came 24 hours prior from Portsmouth, came off the bench to shore things up late on.

Wellens was pleased with how Broadbent helped Town to hold on, but believes there is more to come from his new centre-half.

“I thought Tom, as debuts go – well, you can see why we’ve signed him. He organised the defence well – he’s not had much game time and in the second half he dropped five or six yards deeper looking after himself.

“Once he gets fully fit he’ll be a real asset to the squad. Tom is a good age – he’s got good physicality and he’s built very well and someone we can take to the next level.”

The Town boss told the local press that Rose adds a wise head:

“Danny Rose came on and defensively, he was in the right position and when he got the ball he gave us that experience and composure.

“Danny Rose has won leagues – and in doesn’t matter if you’re used to winning in the Premier League or the Conference – and you don’t win leagues always playing pretty football. There’s times when you need to grind results out, put things in corners, be in the right position, play two-touch.

“He knows the game – he’s won promotion for League Two twice. It’s experience and he’s mature in his thinking.” 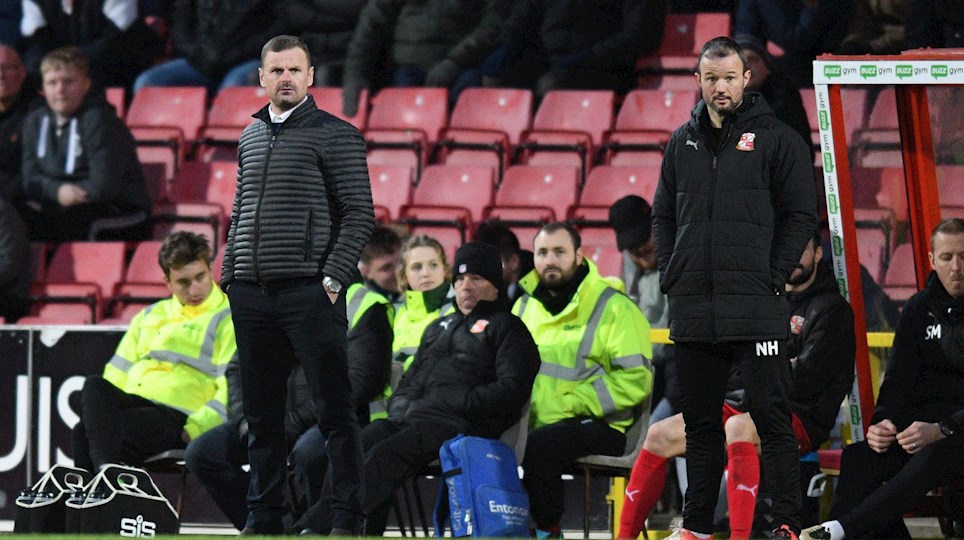 WELLENS: WE WANT TO TAKE THE GAME TO THEM


Richie Wellens is under no illusions of the threat that Tranmere, and one man in particular, pose as he prepares to travel to Prenton Park this weekend.