Richie Wellens didn’t know who had scored his team’s winner as Swindon snatched three points at Moss Rose against Macclesfield.

Jak McCourt was the man who struck in the 93rd minute to steal victory on the counter attack.

Marc Richards had levelled the game for the Robins just before half-time with a powerful header from a McCourt free-kick after Tyrone Marsh had given the hosts the lead 13 minutes into the game.

The identity of the scorer was far from the thing on the Town boss’ mind, however as he praised the composure of two of his substitutes – Jermaine McGlashan and new signing, Ben House.

“We want more from Jermaine (McGlashan), especially when he comes off the bench and the game is stretched. Slow yourself down, compose yourself, look where you want it, make the right decision – the kid isn’t catching you.

“That was a clever header. It was a little bit high and Ben has realised with the flight of the ball that he can’t score and sets it. Who scored the winner? See, I don’t know – I don’t care. You just see the ball in the net.”

Wellens praised another of his substitutes – James Dunne came off the bench fresh from a rest from the demanding Christmas period.

“Our best player for that last half an hour was James Dunne – he was outstanding. He won every second ball, made the right decisions and that’s only because when he looked leggy, I took him out and, in a week or so, he comes back in with a spring in his step.

“Even I’m tired - you’re in work every single day, concentrating on watching videos, analysing, looking back, looking ahead. Mentally at this time of year it can be draining.” 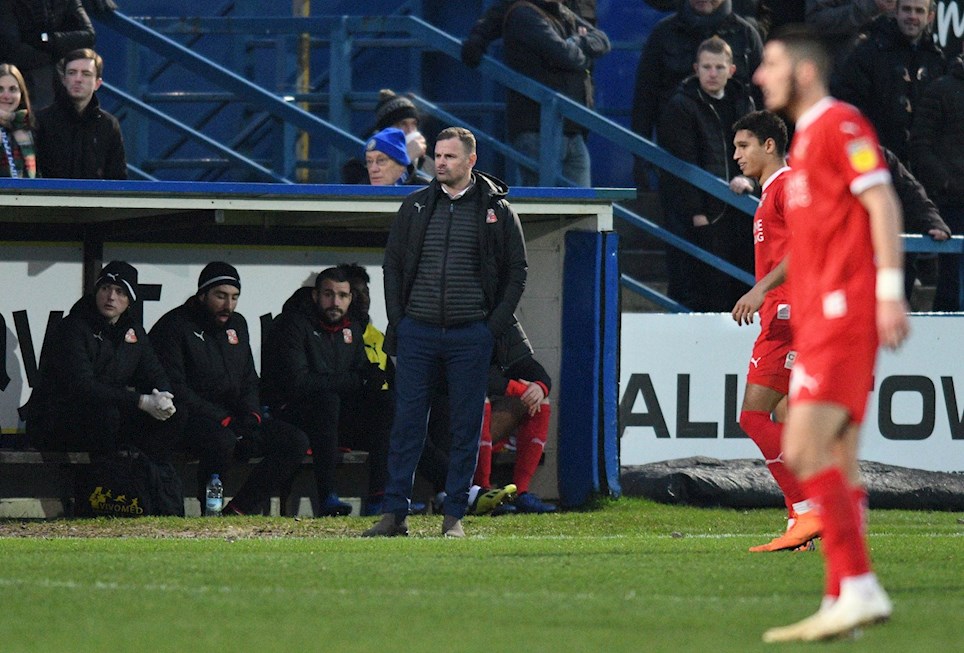 WELLENS: WE LEAVE BODIES UP THE PITCH FOR THAT REASON


Richie Wellens’ half-time instructions were simple ahead of Town’s eventual win against Macclesfield at Moss Rose: play the ball forward.