Richie Wellens’ half-time instructions were simple ahead of Town’s eventual win against Macclesfield at Moss Rose: play the ball forward.

Swindon went in level at the break against their Cheshire opponents having trailed early on. Tyrone Marsh had put the hosts ahead on 12 minutes before Sol Campbell’s side were pegged back by a emphatic Marc Richards header just past the half hour mark.

Jak McCourt bounced the ball home, via the post, on 92 minutes to seal victory.

Wellens said his side were guilty of over-playing on a difficult pitch at Moss Rose.

I think it was probably deserved. First half, we could have been two or three up. We’ve hit the bar and Keshi tried to backheel it rather than shoot as he spins.

It’s a really difficult pitch – you look at it from the stands and it looks like a decent surface but it’s not. It cut up, it was really bobbly and there was a lot of turnover of ball because of it.

We tried to overplay but we got in at half-time and said to play forward more, put it in behind them – get them facing towards their own goal.

A feature of Wellens’ Town side has been their lightning-fast counter-attacks – where they got the winner from on the day – and the Boss now looks forward to turning the ball over from opposition set-pieces.

“It’s weird but when teams get corners or free-kicks against us I’m happy because I know we can turn the ball over. We have a good goalkeeper with good distribution and we try and leave bodies up the pitch because we know we can turn them and have really good pace.

“We’ve hit the winner but we could have scored a dozen in the last four or five games through counter-attacks so it’s a pleasing aspect but you won’t score from them every week. We scored from a set-play today which is a hallelujah moment really because we’ve had so many set-pieces and not scored.

“A draw today would have been disappointing but we kept going until the end.” 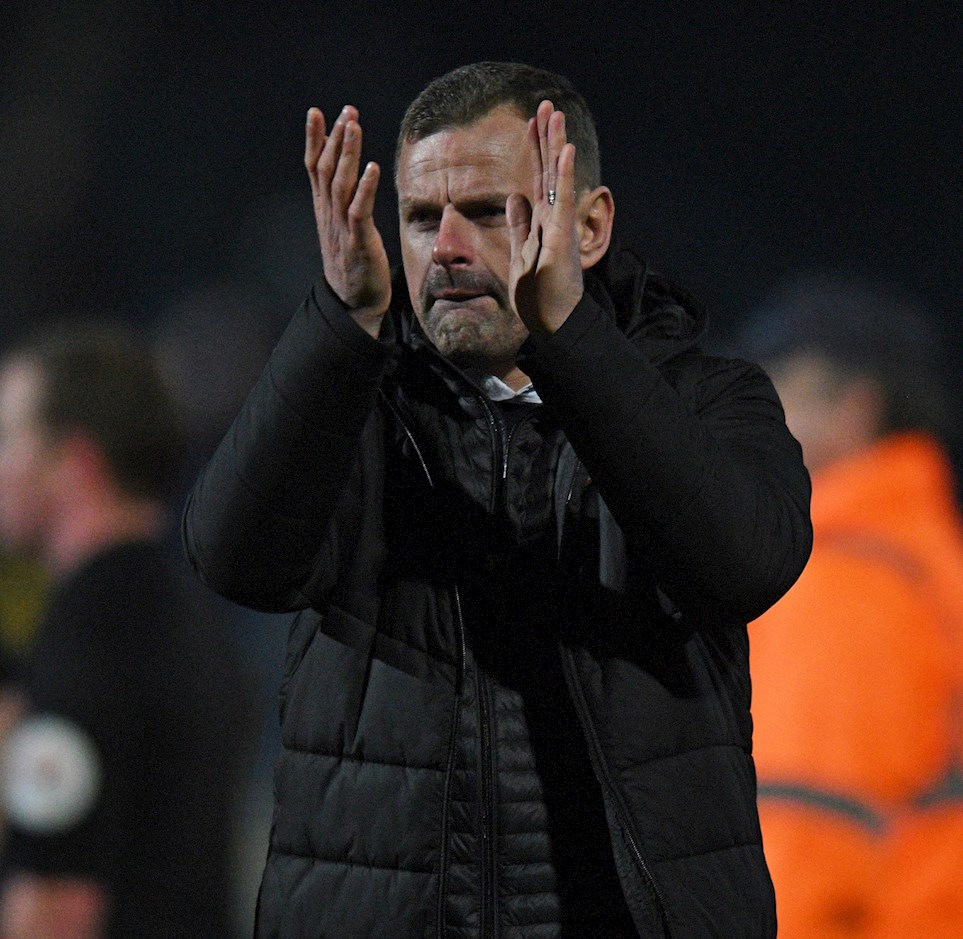 WELLENS: WE KEPT GOING UNTIL THE END


Richie Wellens didn’t know who had scored his team’s winner as Swindon snatched three points at Moss Rose against Macclesfield.