Richie Wellens was delighted to get the loan move for Jerry Yates over the line following over a month of negotiations.

Yates spent half of last season on loan at Carlisle before being called back his parent club, Rotherham where he featured in the Championship.

The Swindon boss, alongside Director of Football Paul Jewell, had to work hard to get the loan forward from the Millers but Wellens says his new recruit is an ‘infectious’ player.

“I think Jerry’s got a little bit of everything – he’s got a good trick, he can score goals. He’s high energy and he’s infectious in the way that he plays, and I think other people will follow suit, and he’s hard working.

“He had a loan spell at Carlisle which was very good for him last year – he spent the first ten or twelve games playing wide left, even left wing-back, which is not his natural position but he showed great character and attitude just to get on with the job. and he did OK.

“When he moved up front his goal return was something like seven in nine - after that Rotherham recalled him and played him in the Championship which.

“I think he’s a player with a lot of attributes that will help us next year. It speaks volumes about how well he did at Carlisle that Rotherham wanted to call him back and put him straight into the team in the Championship.”

Yates is a player that Wellens believes fans will take to straight away.

“He’s been a tough one to get because we’ve been trying to chase him for three or four weeks now and we’ve worked hard to get him, myself and Paul Jewell – a lot of phone calls, lot of conversation so I’m really happy to get it over the line.

“I really do feel that the fans will take to him just in the way that he plays – I think he’s infectious.” 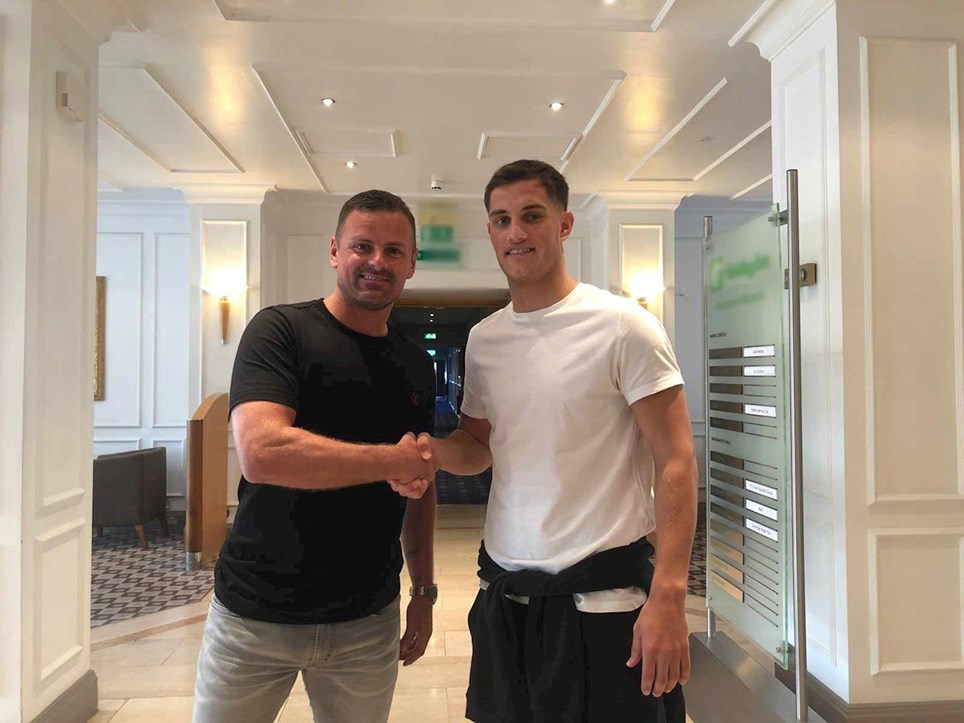 
Swindon Town is delighted to announce the signing of Jerry Yates on a season-long loan from Rotherham United.