Richie Wellens said that, despite the result, his side performed well in their 2-1 defeat to Carlisle at Brunton Park.

Hallam Hope’s deflected effort put the hosts in front on 12 minutes before Kyle Bennett’s free-kick levelled the scoring before half-time.

However, despite a bright start to the second half, Town’s hopes of leaving Cumbria with all three points were dealt a decisive blow in the final knockings of the game when Callum O’Hare struck low past Lawrence Vigouroux.

Wellens praised the travelling fans as well as his players:

“It’s a long way to come and our fans were brilliant. I just wish we could have got that goal when we were on top, in a really good period of the game for us.

“I think the game could have turned in our favour because, in this league, people make mistakes and let games slip away so we’ve got to make sure we capitalise on those periods.

“I hate losing in that way because we should win the game but the performance level was very good so we walk away with loads of positives but the biggest negative is the result.”

The Swindon boss claimed it was the final pass that scuppered his team’s chances:

“I can’t fault the players in terms of their effort and, a lot of the time, with their quality – it was just a couple of times where we got the ball in that last third where we should be scoring.

“It was just the final pass – things were overhit or the wrong angle. All in all it was a good team performance because there’s not anything you can look at and say ‘that was awful today’ apart from mistakes for the goals.

“We’re all disappointed, we just have to make sure we react in the right way.” 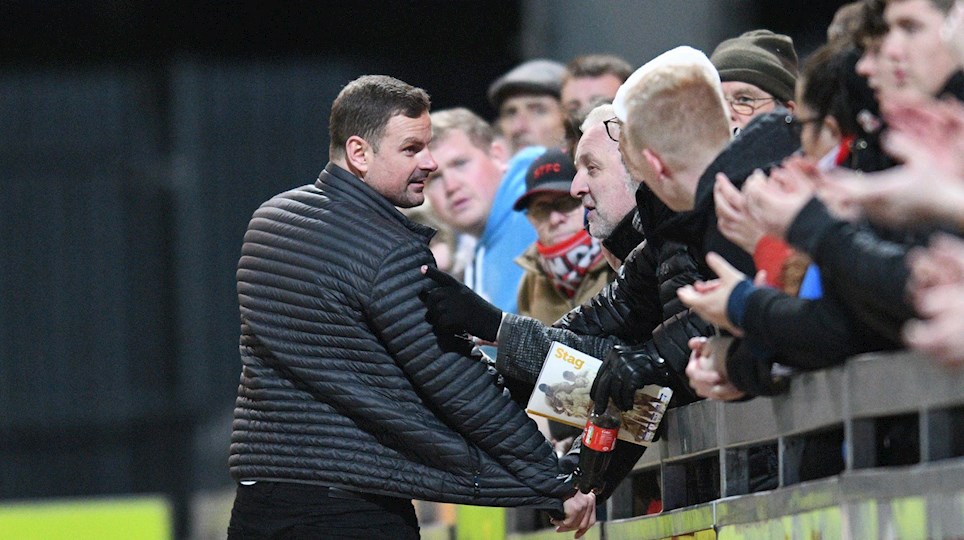