Swindon Town is delighted to announce that four academy players have signed their first professional contracts.

Half of the young quartet, signed today, have already been in and around the first-team in the 2018/19 season. Bancroft came off the bench late on in the 3-0 win over Colchester at the County Ground and Matthews featured on the bench numerous times towards the end of the season.

The quartet have all featured in a successful season for the academy under Dave Farrell, Under-18s manager, although their season ended in heartbreak on the final day as they lost the title to Southend United.

Overall, in their Merit League Division One season they won six, only losing three games from January onwards in a busy and testing season.

The four of them have spent a combined 20 years in the academy with Luke Haines having been at the academy since the age of six, and the remaining three joining at 15.

“It’s an exciting day for them. Everyone wants to be known and achieve that professional status and that’s what they’ve done. It’s been a journey for them – they’ve travelled all the way through the academy system which is great from our perspective.

“Luke has been here since he was seven or eight so to have that, travelling through the whole way, on a very difficult journey and the other boys coming in later.

“Now they have to show their potential and show the manager and the first-team coaching staff that they’re capable of stepping into another year.” 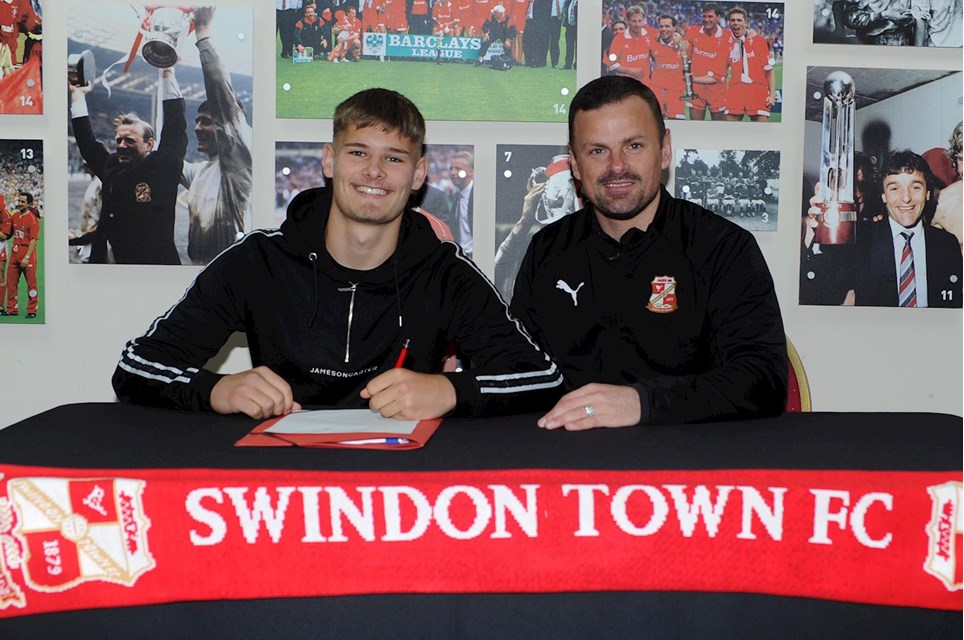 HAINES: IT MEANS A LOT FOR ME AND MY FAMILY


Yesterday was a proud day for local boy Luke Haines who signed his first professional contract with Swindon Town.