Eoin Doyle was at the double as Town comfortably saw off Macclesfield by three goals to nil in a vintage performance at the County Ground.

Swindon ended the day second in League Two after Doyle’s brace and Keshi Anderson’s second goal in two games put the Silkmen to the sword.

For the third time on the bounce, the Robins put three past their opponents as Richie Wellens’ side continue their fine fettle.

Rob Hunt provided the service for both Doyle’s efforts with the Irishman teeing up Anderson’s goal via the gloves of Owen Evans in the visitors’ goal.

Town’s first-half performance against Leyton Orient last weekend set the bar high and a return to home didn’t change their dominant mood. From the off, Swindon moved the ball quickly around their Greater Manchester opponents with Anthony Grant slotting into midfield replacing the injured Jordan Lyden.

On seven minutes, the game’s first attempt saw the home side move the ball from quite literally front-to-back. Mathieu Baudry, trapped in his own corner, played his way out and the ball made its way to Lloyd Isgrove. He advanced forward but couldn’t curl the ball past Owen Evans from 25 yards.

As the half went on, as much as Town dominated, they couldn’t muster a real chance to test Evans.

It took until the 36th minute for Swindon to call him into action; however, he couldn’t keep the Town out. Danny Rose crossed low, towards the front post where Eoin Doyle attacked in front of his man  - Evans palmed away but only into the path of Keshi Anderson who slammed in from close range.

The goal opened Swindon up and they played with more of a spring in their step – Rob Hunt went close, attacked a Doyle cross but Hunt turned provider on the stroke of half-time.

Yates picked the ball and laid into the right-back’s path – he calmly slotted into Doyle who crashed the ball into the roof of the net to put the Town two to the good going into the break.

Town’s monopoly of the ball continued into the second period with a two-goal cushion adding a swagger to their play. Yates, Anderson and Doyle linked up effortlessly but the Irishman’s resultant effort was saved by Evans five minutes into the half.

The attacking trio were at it nine minutes later – Yates scampered onto Doyle’s inventive pass, the Rotherham loanee’s cross found Anderson but Evans prevented a third.

Town had to probe for a further 15 minutes before they effectively sealed three points – but it was worth it. Town’s third was straight out of the top drawer. Swindon popped the ball short at a free-kick taking a maximum of two touches as they passed from right to left. Ellis Iandolo played the ball inside to Isgrove who floated a pass into the box to Anderson. His first touch was excellent, his second was even better as he backheeled to Hunt. His lay-off was perfectly weighted, so much so that it looked almost inevitable where Doyle was going to strike.

The 31-year-old wrapped his foot round the ball and it flew past Evans into the top corner. Sublime.

Isgrove, Conroy and Grant all came off to rapturous receptions from the home crowd – Isgrove, in particular, as he walked from Don Rogers round to Arkell’s almost looked like he was running for President with the amount of high-fives and babies’ heads kissed. 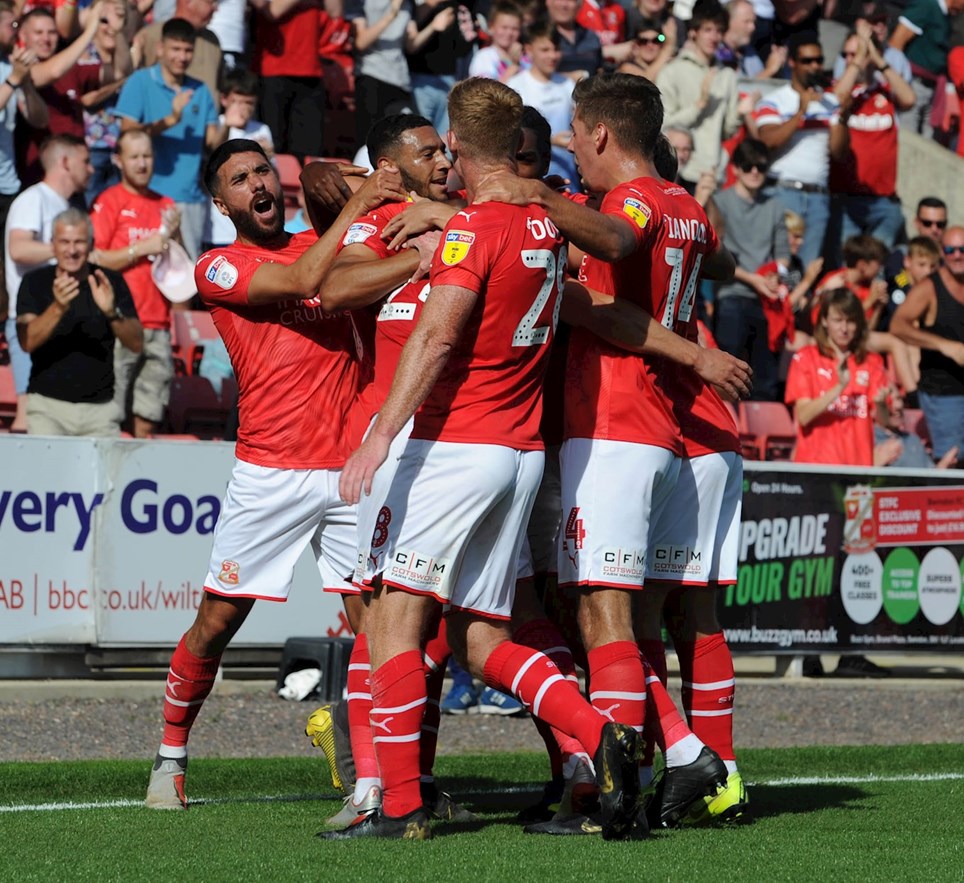 GALLERY: TOWN GO THREE IN A ROW WITH THRILLING WIN OVER MACCLESFIELD 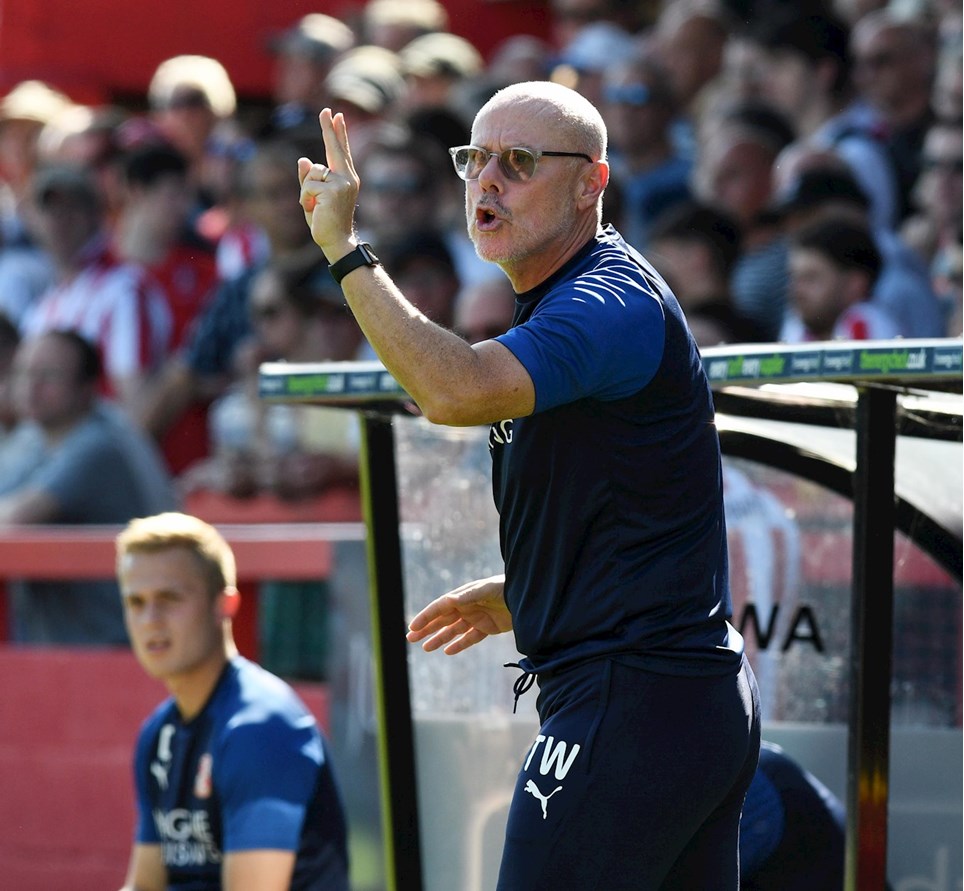 WRIGHT: COMPETITION IS WHAT WE WANT


Town coach, Tommy Wright has stated his pleasure at the level of competition in the Robins dressing room and has challenged the side to maintain the high standards set in the victory at Brisbane Road...

GALLERY: BACK TO WINNING WAYS AGAINST THE VALE