As part of our final programme of last decade, Red Review looked back at some of the best Town games of that ten years. Ten years ago on 3rd April 2010, Danny Wilson's Swindon - who were flying at the time - went to Elland Road and repeated the feat of battering them at the County Ground earlier on in the season.

Billy Paynter bagged two, including an absolute howitzer from 25 yards, with Charlie Austin (obviously) bagging the other.

Below are three excerpts from Simon Ferry, who was in the engine room that day, Austin and Matt Davies - who was in the stands that day before his stint covering the Robins for the Swindon Advertiser.

“That’s the best game I’ve had in football. In League One at that time, there was Leeds, Norwich, Southampton – some big clubs – but we went into every game thinking we were going to win. We never worried about the opposition.”

“At Elland Road, winning 3-0 and it was the exact same scenario as the home game – I think we were a bit like their bogey team to be honest.

“We took them by surprise but the second day they knew what was coming and they couldn’t stop us. It was a simple as that. People thought the January game was maybe a bit: it’s a good result but anyone can get up for the Leeds game. But we done ‘em 3-0 at their place too. We felt unstoppable in that form.”

Swindon’s 2009/10 campaign will forever hold fond memories as it meant me and my Dad would spend our first season watching Town together.

My week at school and his week at work seemed to revolve around the latest Swindon news and our Saturday trips to stadiums across the country.

Elland Road had been on the agenda as soon as the fixtures were revealed and when it was apparent we were in for a good season, our anticipation and excitement for the match only grew.

When the game rolled around, Town were firmly in the promotion picture and confidence around the club was through the roof, a win against Leeds United seemed a forgone conclusion.

On the day, the performance was superb, the players fed off the crowd and the crowd reciprocated that by roaring them to a dominant display and a 3-0 win in Yorkshire.

To this day, that game is a stand-out memory from my time supporting Swindon and one that I got to share with my old man. 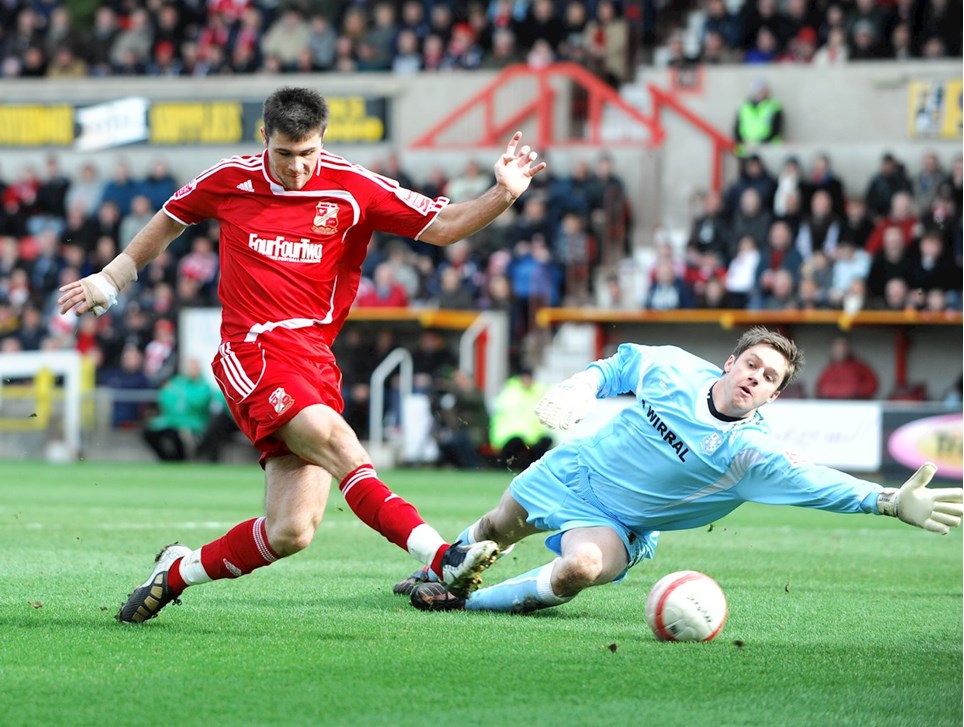 
Coronavirus has given us plenty of time to ourselves. Use your time in isolation wisely and get to know your Swindon Town history: