Fans will be welcomed back to the County Ground for the first time since the 7th March, as Swindon Town host 10th placed Fleetwood Town.

It will be the first match with supporters since the 7th March, when the Reds were still fighting for promotion in League Two, and it has been a long time coming.

The likes of Jack Payne, Matt Smith, Jonny Smith and Tyler Smith, were not even with the club and will be serenaded with ‘Can’t Help Falling In Love With You’ by the Town faithful – even if it is just 2000 fans.

It is another step closer to normality and a packed-out County Ground, and Town will be hoping to mark this historic occasion with a vital home win against Fleetwood.

It is also a rather fitting time to welcome back a small section of supporters, as this weekend’s contest with Fleetwood will be the first home match in three games, after a tough run of fixtures away to Oxford United, Crewe Alexandra and Gillingham.

Many of Town’s points and success have come within the familiar confines of the County Ground, with 12 of the club’s 16 points coming at home.

With the 2000 fans carrying the team along, Town will be hoping to mark their return with a home victory which will live long in the memory.

Managed by former Manchester City and Newcastle midfielder Joey Barton, Fleetwood Town started November in razor sharp fashion, winning two of their opening three matches including convincing victories at home to Plymouth Argyle (5-1), away at Bristol Rovers (1-4) as well as a 1-1 draw to Sunderland.

However, December has not been an enjoyable month for the Trawlermen so far with two consecutive 1-0 defeats away to Northampton Town and at home to Blackpool.

There have only been six meetings between the two sides all of which coming between 2014 and 2017.

Out of those six matches Town have been victorious on two occasions, while Fleetwood have beaten the Reds once with a 5-1 victory at Highbury Stadium in 2015.

The last time the two sides shared the pitch together was in April 2017, when an 81st minute winner from Nicky Ajose helped the Reds edge out as winners in a very tight contest.


As you are aware, alongside the latest government and EFL advice, we can announce that we can welcome back 2,000 supporters to the County Ground from 12th December 2020. 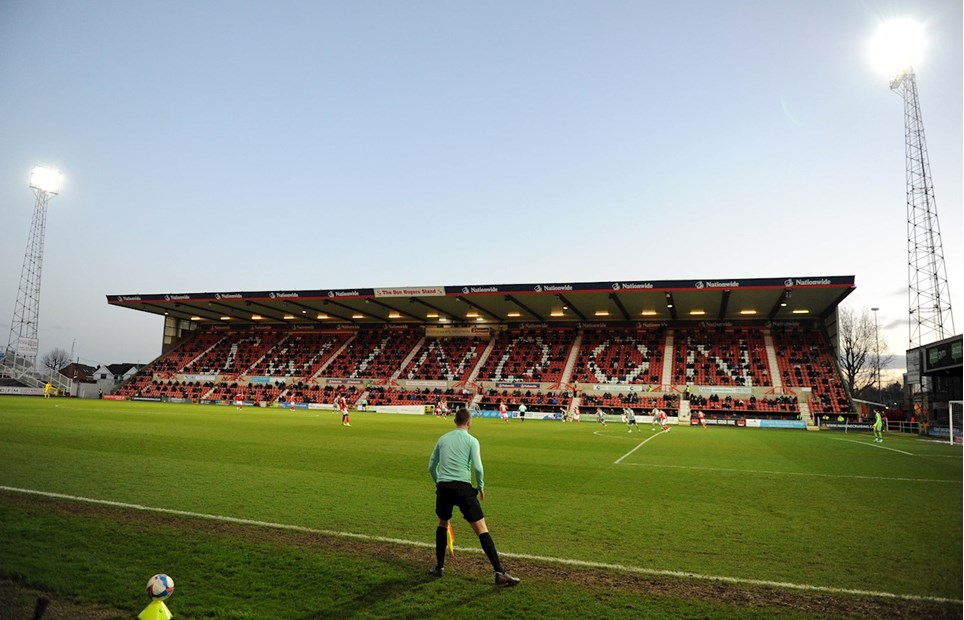