Swindon started their Merit League Division One campaign in style with a 5-3 win over Exeter City, propelling them to second in the division after the opening weekend of fixtures.

It was a fast start that got them their breakthrough – with just a minute on the clock, Dave Farrell’s side mounted an assault down the left and after a deft pull-back was cut out, Massimo Giamattei guided past Jack Arthur in the Exeter goal.

The Grecians responded with an instant equaliser – a powerful low finish beat Sam Smith just five minutes after Town had taken the lead.

In the 11th minute, the home side were ahead – a close range effort meant the boys in their changed grey shirt now had to come from behind.

Swindon struck next, though – a long-range effort from Rhys Wells took a hefty deflection and bounced past the Grecians’ keeper to level the scores again.

With the game in the balance at the break, Swindon started the second half as they’d started the first – with a goal a minute in.

The home side failed to deal with a throw-in from the left and Farrell’s side advanced into the box and Max Whitfield made no mistake in front of goal with an emphatic finish.

3-2 become 4-2 very quickly with the Under-18s mirroring the first-team’s quickfire second-half double against Grimsby – a wide-free kick from Massimo Giamattei was whipped into the area, deceiving everyone and bending inside the far post.

Despite the best efforts of the Exeter defence, Town weren’t to be denied a fifth – a well-worked short corner led to a delightful Toby Holland cross which curled straight in with the help of a timely gust towards goal from Storm Dennis.

The home side grabbed a late consolation; however, by that point the points were secured as was an excellent start to the second half of the season. 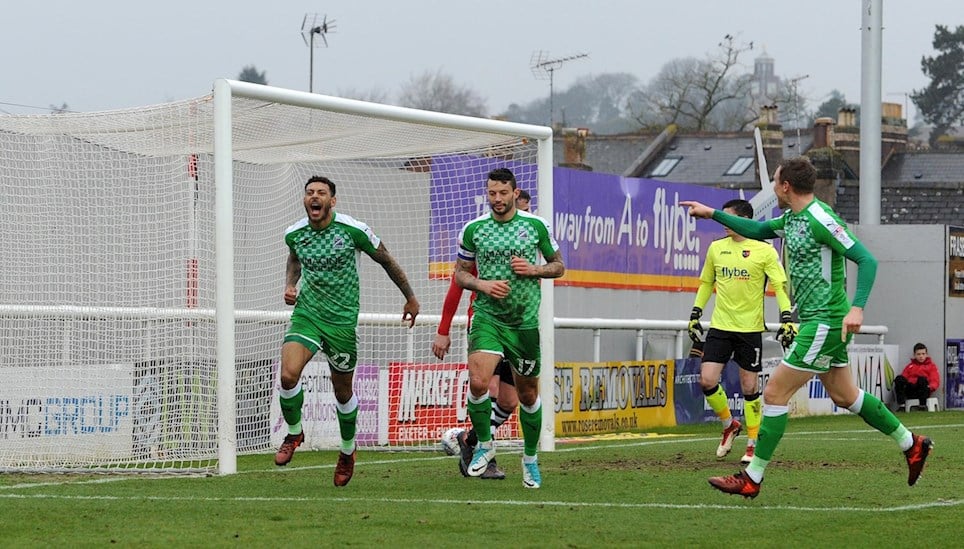