Swindon Town are delighted to welcome Eoin Doyle back to the club from Bradford City for an undisclosed fee.

In that time, Doyle equalled club and football league records for goals in consecutive games for the Robins on his way to soaring past the 20-goal mark by December. His first came back in August, two days after his arrival at the club, against Exeter City where he equalised in the latter stages of the game.

Doyle captured the hearts of the Town faithful in his first four months with the club as he topped the European goalscoring charts and was affectionately nicknamed the ‘Ginger Pele’.

His 23 goals in 22 games for the Town were a key factor in the club’s rise to the top of the League Two table.

The Irishman was recalled by Bradford City in early January where he started four games. Eoin had made it clear that SN1 was where he wanted to be and the club is delighted that an agreement could be reached.

“We’re delighted to have Eoin back – it’s been a long, hard negotiation to get him here but I think I can speak for the whole football club and pretty much the whole of Wiltshire that everyone is really excited to see him back in a red shirt.

I’d also like to put on record that my counterpart at Bradford, Julian Rhodes and the guys at Bradford, found themselves in an unprecedented situation and nothing would give me greater pleasure than both clubs getting promoted this season as I’ve always had a soft spot for the Bantams since my playing days. I look forward to seeing everyone at the County Ground on Saturday.”


Swindon Town can confirm that Eoin Doyle has been recalled by his parent club Bradford City. 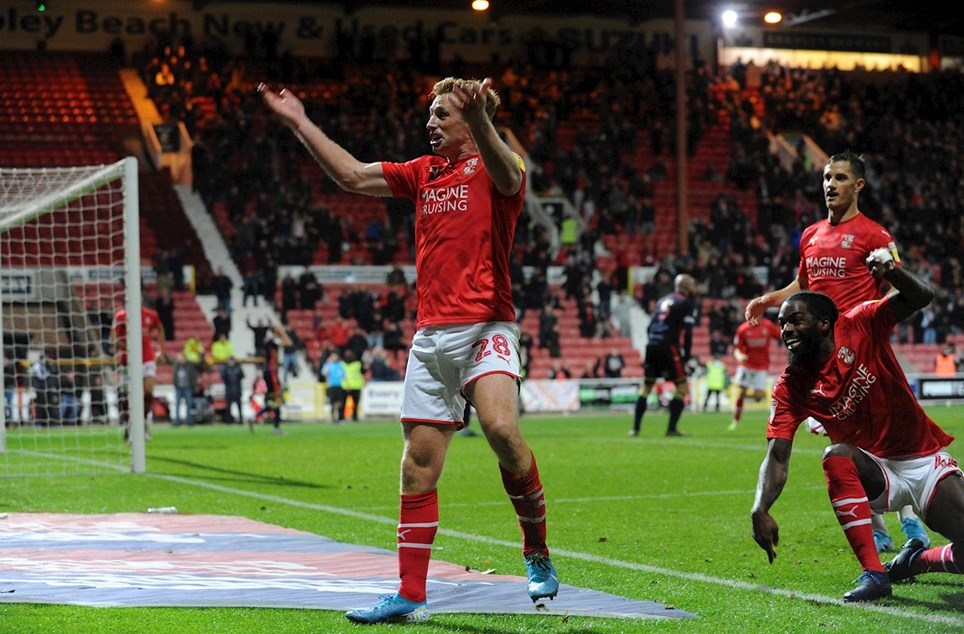