Swindon Under-18s showed plenty of character as they came from two goals down at half-time to draw 3-3 with Cambridge United.

Goals from Toby Holland and Rhys Wells including two long-range efforts in the second half meant Dave Farrell’s side have now won one, lost one, drawn one in their first three games in Merit League Division One.

Town’s hosts took the lead just two minutes in after a cross from the right evaded the pair of Thomas Suter and Anthony Cheshire and was nodded in past Kai Storr.

Swindon brought themselves back level and, despite consistently looking to try and play through the thirds in the first 25 minutes, it was a huge, high punt that got them back to parity.

Wells brought the ball down on the penalty spot with only the goalkeeper in front of him but a U’s defenders hauled him down from behind and the referee pointed to the spot.

Up stepped Holland who blasted the ball straight down the middle despite a slight slip after his finish.

For Cambridge’s second it was also one long ball that got them in behind – the goalkeeper booted the ball from his hands, down the left channel and, following a tidy finish, the home side were ahead again.

Five minutes before the break, they were two ahead courtesy of a very well-hit effort from 25 yards, leaving Storr with no chance.

Town were level just before the hour mark with an effort from the exact same spot at the U’s third. Holland dribbed past one U, after the ball had been cleared from a Town corner, and let rip a thunderous effort that left the home ‘keeper with nothing to do but watch it fly past him into the top corner.

He was condemned to that same fate five minutes later – Rhys Wells picked up the ball from the short corner and clipped a cross-shot to the back post but the Cambridge goalkeeper couldn’t get near it and it floated straight into the top corner.

With momentum behind them, Town went in search of all three points but couldn’t get the winner – Tom Moore had a late effort blocked after a fantastic movement got him free in the box. 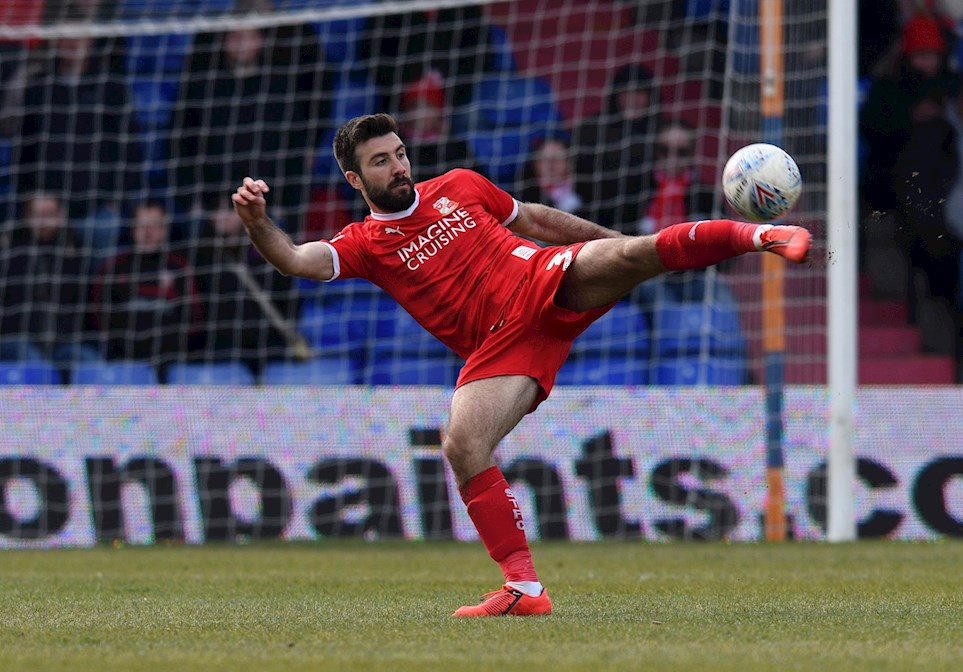 
Swindon head into the bank holiday weekend needing a huge swing of results to go in their favour to have any hope of making the play-offs.