After a tough battle against Plymouth Argyle on Tuesday night, Swindon will be taking a break from League action to host Darlington in the First Round of the FA Cup.

Despite overturning a first-half two goal deficit with goals from Hallam Hope and Anthony Grant, Town were defeated 4-2 away to Argyle, after a red card to Jonny Smith in the dying stages of the first half changed the game.

However, despite the one-man disadvantage, Town pushed Argyle all the way and the home side were not assured the points until a last-minute free-kick from Conor Grant.

As he has for the last two matches against Plymouth and Hull City, Noel Hunt will take charge of the game against Darlington, after Richie Wellens’ departure midweek.

There have been 18 meetings between the Town and Darlington between 1911 and 2007 and the record between the two teams is very equal.

Swindon have recorded eight victories against the Quakers, while the away side reciprocated with seven victories, while there have also been two stale mates.

The Reds have not lost to the away side in three games; however, with those matches taking place between 2007 and 1990, past form and contests will not be a factor in this round.

Darlington represent very different opposition compared to what the Town have faced this season.

They are currently sitting in 15th position in the National League North division and recorded their first victory of the season away to Curzon Ashton on Halloween.

With the Town as favourites coming into the contest, it is likely Darlington will be compact, resilient and will be looking to play on the counter-attack.

Manager Alun Armstrong boasts a lot of experience as a player and manager, appearing as a centre forward for the likes of Newcastle, Middlesbrough, Huddersfield Town, Ipswich.

One of his career highlights came for the latter, where he scored in both legs against Inter Milan, as the Tractor Boys knocked out the Italian club 4-2 on aggregate in the 2001-02 UEFA Cup

Before taking over the reins at Darlington in 2019, he managed Blyth Town Spartans for three years between 2016 and 2019, guiding the Newcastle based club to a League title in his first season and achieving National League North status for the first time in five years.

Rob Hunt and Tom Broadbent returned to training today with Hunt in contention for a squad place in tomorrow's game. Jordan Lyden, Dion Conroy, Tyler Smith, Diallang Jaiyesimi and Zeki Fryers will all be unavailable for the match.

Jonny Smith will not be available for the match following his red card at Plymouth on Tuesday and will serve a one-match ban. 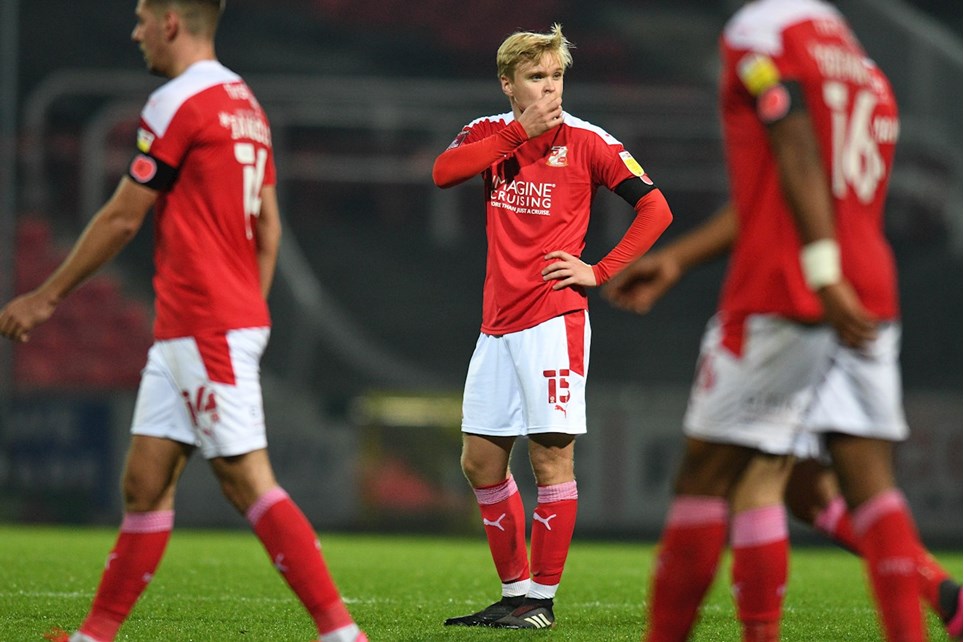 
Swindon came into their first round tie against Darlington 65 places above the opposition, but the FA Cup is certainly a competition not to be taken lightly.


Swindon Town will mark this Saturday's Emirates FA Cup match at home to Darlington as our Remembrance fixture in memory of those who have lost their lives serving our country.