Swindon Town are incredibly saddened to hear about the passing of former goalkeeper, Sam Burton.

Sam was born in Swindon in November 1926 and was the Club's first post-war goalkeeper, signing his first professional contract with the club in early 1948. Just as he started playing for the Club as an amateur in June 1945, he was called away for National service where he was a Bevin Boy, working in the mines in South Wales.

"He had a choice, army or Bevin boy and I think Swindon 'persuaded' him the pits were better so he could still play for them!"

The 'keeper made 463 league appearances for Town, an amount only bettered by John Trollope and his good friend and teammate during the 1950's, Maurice Owen.

Sam became Swindon's first-choice goalkeeper in 1950 and kept that position for eleven years - only injury would keep him out of the side. He also kept future Ireland international Norman Uprichard out of the first eleven.

The club awarded Burton with a testimonial and his final apperance came just two days after his 35th birthday in an FA Cup defeat to Kettering Town.

Sam made his final apperance for the Club in November 1961 and when he retired, decided to run a transport cafe in Lyneham, just over 10 miles west of Swindon.

Wendy shared some words on her late father:

"He was Swindon through and through and always checked the results. He was always threatening to ring the manager for a 'chat' about what was happening!"

"He was aware that they got promoted and he was chuffed to beans; the big joke was no matter where dad went or who he met, he always managed to get it into the conversation that he was ex-goalkeeper for Swindon Town."

"Dad was also very happy that his Great Grandson was named after him, suggesting to him that he might one day wear his keeper's jersey!"

He suffered with dementia and died on the afternoon of the 8th October of cancer - a disease he was only diagnosed with 12 weeks ago.

All of us at Swindon Town send our thoughts to Sam's family during this time. 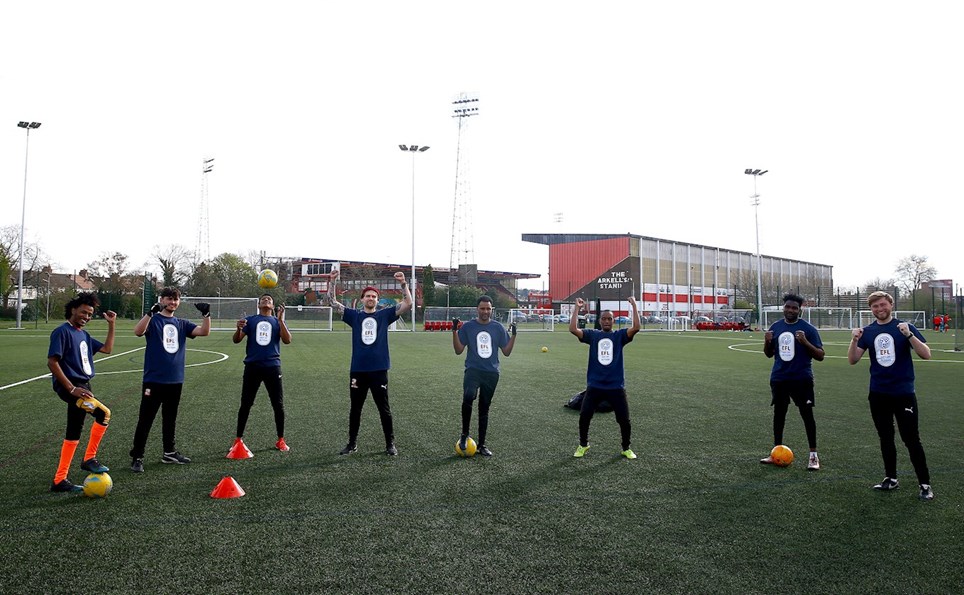