It is a new era at The County Ground and it starts today at the Sands Venue Stadium as the Reds look to get the new season off to a positive start.

Head Coach Ben Garner will take charge of his first game, and the Gaffer and Director of Football Ben Chorley have built a really dynamic squad full of young, talented and hungry players that will represent the club with pride.

Excitement levels are through the roof as we prepare to start the new season, and we've got you covered with everything you need to know ahead of today's game...

Two goals from Eoin Doyle did the job as Town beat Scunthorpe 2-0 at The County Ground on 3 March 2020, a win that pushed the Reds closer to Title success.

Over 700 Town fans are expected to make the long trip to Scunthorpe, which is just outstanding support on the first game of the season.

Tickets will be available on the day for those making the trip, but with a slight pay increase.

It is a new era at The County Ground and Head Coach Ben Garner and Director of Football Ben Chorley have put together a young and dynamic team.

We could see a whole host of debuts for the club today, although Jordan Lyden remains out injured for the Robins.

Scunthorpe are sweating on the fitness of Captain Harry Davis who is rated as 50/50 for the game with a head injury, while both Ross Millen and Aaron Jarvis will miss out for the Iron.

Neil Cox, Scunthorpe United Manager: "I'm ready for the season now and the boys are ready. We're raring to go, looking forward to the games and getting supporters back in.

"We have to be focused on what we do and not worry about anyone else. Play the way we want to play and hopefully we can start the season really well." 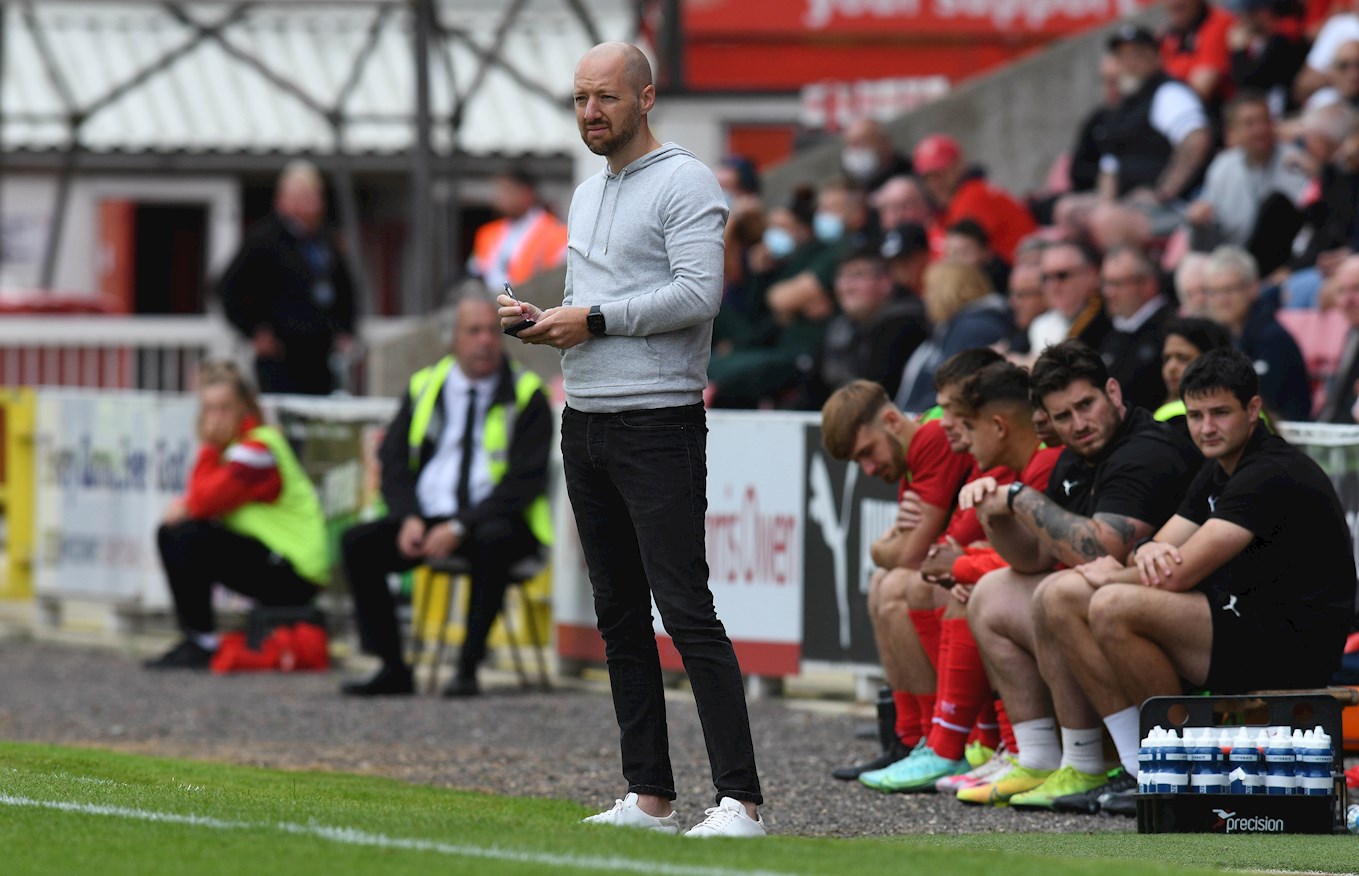 Ben Garner, Swindon Town Head Coach: "I feel proud of what's been achieved so far in the past two weeks, and we're excited to get going.

"We've been written off by so many, we're behind the curve in terms of preparation but, as I've said all along, it's a great challenge and one we're looking forward to.

"All we can do is work hard every day, do as much preparation as we can, and we're going to attack the season.

"We're all excited, we're looking forward to the game."

Can’t make it to Scunthorpe United today? Don’t panic because there are numerous ways to keep up to date with all the action on opening day.