Swindon Town are back in action tonight when they take on Tranmere Rovers at The County Ground in the EFL Sky Bet League Two.

It is a quick turnaround for Ben Garner and his team as they look to return to winning ways following an unlucky loss at home to Carlisle United on Saturday, although Tranmere will pose a tough test at SN1 tonight.

Town were unfortunate not to come away with a point at the weekend given how well they played in the closing stages, but they can take confidence from their second-half display heading into tonight.

Tranmere are unbeaten to start the domestic campaign and, under Manager Micky Mellon, they boast an experienced side with some very talented players.

It should be an entertaining night at The County Ground as football under the lights return, and we've got you set for the big game with everything you need to know...

Town fans can buy tickets in person at The County Ground until 7pm, or you can buy online until half-time.

Prices can be found below:

For important information on car parking and Season Ticket cards, please have a read of our Fans' Guide which you can do by clicking here.

Kaine Kesler-Hayden will miss out for Town tonight after being sent-off during Saturday's game against Carlisle United, while both Jordan Lyden and Mathieu Baudry will miss out through injury although both are making good progress.

And the Reds will be hoping that Jonny Williams will feature after the Wales International signed on a free transfer last week.

For Tranmere, Chris Merrie is suspended, Callum MacDonald and Scott Davies are both absent and Elliott Nevitt (ankle) continues to be assessed. 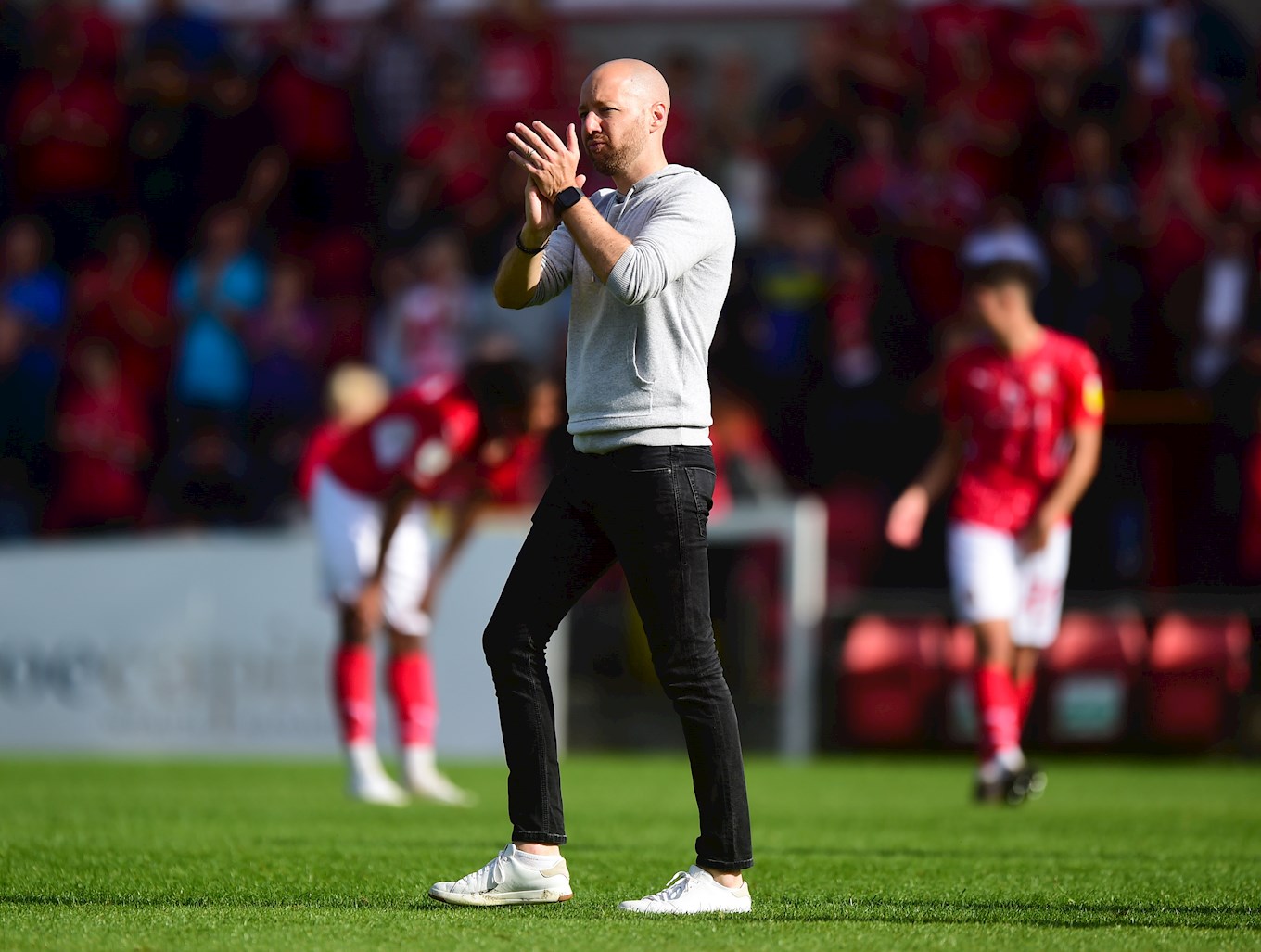 Ben Garner, Swindon Town Head Coach: "They've had a good start and they are a very well-organised team.

"Micky (Mellon) is obviously a very experienced manager, he's had success at Tranmere with two promotions previously and there is a lot of experience in their team.

"They have a couple of lads I know well in Tom Davies who was very unfortunate and was injured for pretty much all of my time at Bristol Rovers, but he's done really well to come back, he had a strong spell at Barrow last season and has started the season really well for Tranmere, so I'm very pleased for him to see him doing that.

"And Callum McManaman I worked with at West Brom and he's a really, really talented player, but they've got great experience through their team.

'You look at Peter Clarke who is still playing at the level and doing very well, Jay Spearing who, for me, has always been a top, top footballer, Liam Feeney and others through that team, so we know they are going to be a really strong side.

"They have a lot of know-how in their team, a lot of good game management and we are looking forward to the game." 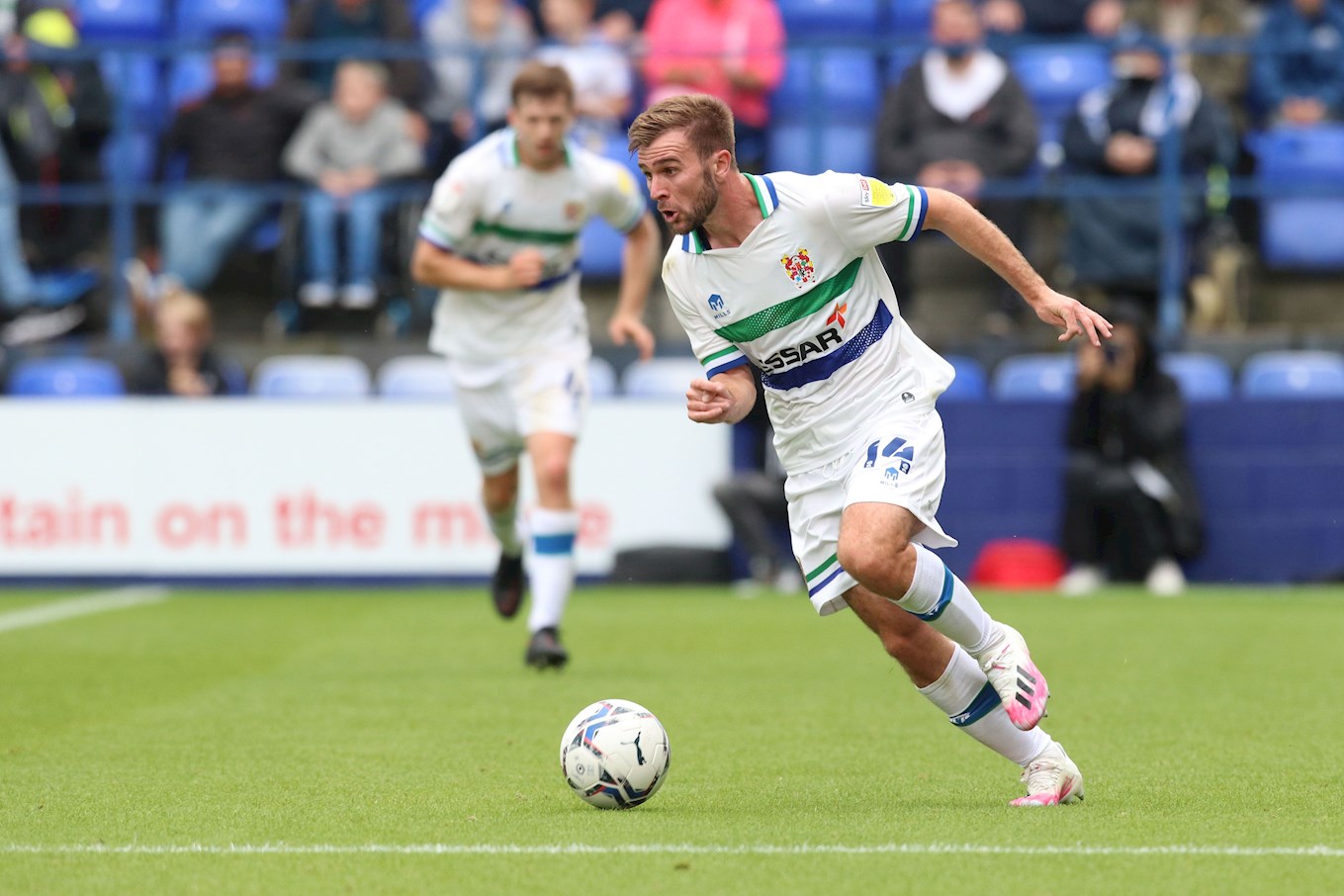 Callum McManaman - Having once worked with Town Head Coach Ben Garner, McManaman boasts an impressive CV having played in the Premier League with Wigan Athletic and also winning the FA Cup during his time with the Latics.

McManaman is a very good player at League Two level, and he will be a threat tonight given his ability on the ball and eye for a pass.

Can’t make it to The County Ground tonight? Don’t panic because there are numerous ways to keep up to date with all the action.