The Reds are back in EFL Sky Bet League Two action tomorrow night when they host Tranmere at The County Ground, with the Prenton Park outfit enjoying an unbeaten start to the domestic campaign so far.

Boasting a plethora of experienced players, Rovers will pose Town with a tough test and Garner is well aware of the task at hand for his team.

"They've had a good start and they are a very well-organised team," Garner said.

"Micky (Mellon) is obviously a very experienced manager, he's had success at Tranmere with two promotions previously and there is a lot of experience in their team.

"They have a couple of lads I know well in Tom Davies who was very unfortunate and was injured for pretty much all of my time at Bristol Rovers, but he's done really well to come back, he had a strong spell at Barrow last season and has started the season really well for Tranmere, so I'm very pleased for him to see him doing that.

"And Callum McManaman I worked with at West Brom and he's a really, really talented player, but they've got great experience through their team.

'You look at Peter Clarke who is still playing at the level and doing very well, Jay Spearing who, for me, has always been a top, top footballer, Liam Feeney and others through that team, so we know they are going to be a really strong side.

"They have a lot of know-how in their team, a lot of good game management and we are looking forward to the game." 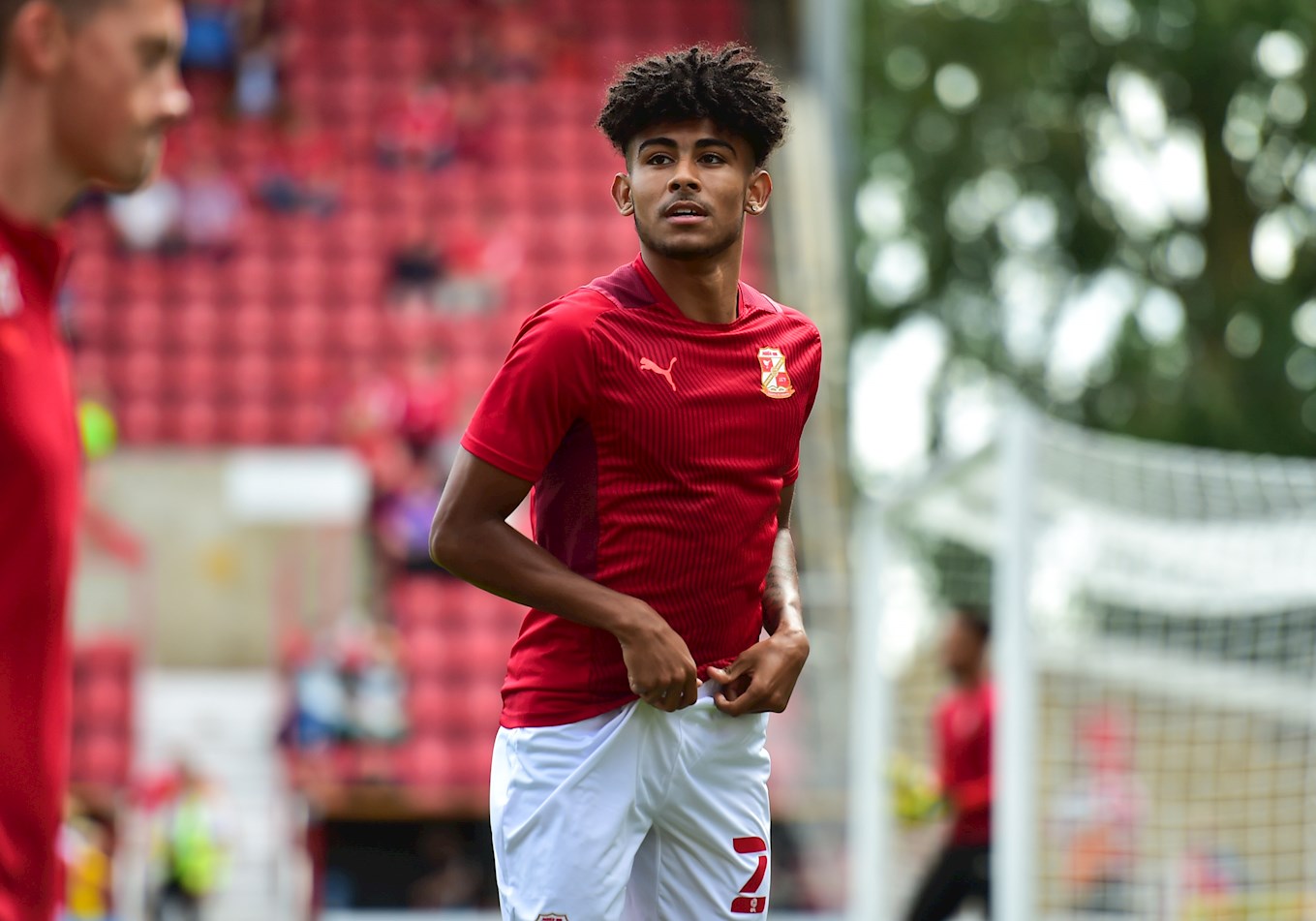 Garner also gave an update on his team selection for Tuesday night with talented defender Kaine Kesler-Hayden unavailable after being sent off on in Saturday's loss to Carlisle United, while the club are still waiting on international clearance for midfielder Jonny Williams.

"It was a shame for Kaine to get sent off but that is a learning curve for him," Garner continued.

"He was outstanding and there's not many right-backs you will see who could have had a hat-trick with the positions that he gets into.

"He's a great talent but he's also a great kid who wants to learn, wants to improve and it is a shame he can't play but I've had a chat with him, he'll support the team Tuesday night and get his mind focused looking ahead to Saturday.

"We've got an assessment on one other player today, but Jordan Lyden's rehab is going very, very well, and he's ahead of schedule which he always seems to do from what we're told.

"But, as I've said before, we're taking a holistic view with Jordan - we're not just getting that one area right, we're trying to get everything right around him and look at other areas that might have contributed to his injury in the first place.

"His attitude is fantastic, he's in every day and he's working ever so hard.

"Frenchy (Mathieu Baudry) is not a million miles away at all.

"We had a scan on that, it was good news with the results and it will be a case of days rather than weeks with him.

"Jonny Williams is in the mix but we're just waiting for international clearance.

"He trained on Sunday, he looked very good and we're just waiting to see if that international clearance comes through in time, which we hope it will do."

Town fans can purchase tickets for our game against Tranmere at The County Ground on Tuesday night by visiting our online ticket site.