"I see Swindon as a home for myself and I want to be a part of something that gets the club back to where it deserves to be."

That's the main message from new recruit Jonny Williams who feels that Town are on the cusp of achieving something special, and the midfielder wants to be a part of it.

The Reds sent a clear statement of intent to the rest of the EFL Sky Bet League Two on Friday when they announced the signing of Williams on a free transfer, with the player coming off a trip to UEFA Euro 2020 with Wales.

With 28 caps to his name for Wales, two promotions on his CV and experience of playing at all levels of English football - including in the Premier League - Williams is a superb addition to what is already a very strong and talent-laden team at SN1.

And, with his best football ahead of him and reunited with a Head Coach he knows incredibly well in Ben Garner, Williams is confident that Swindon Town is the perfect home for him

“I’m excited and I can’t wait to get started.

“I’ve been working hard in the offseason for a moment like this and the opportunity has come about with a manager I know very, very well, and I’m delighted to get it done.

“I’m looking forward to the challenge ahead.

“I look at the squad and we’ve got a good chance. I look at Swindon and I see it as a home for myself - I think I could be at home here and enjoy my football. That’s all I’ve ever wanted as a footballer and one of the main reasons I’ve come here is for that reason.

“I want to be happy, feel valued and be a part of the squad. We’ve got good players, good people and you can’t put a price on that at the end of the day. I’m really excited to be a part of a good bunch and I can go into training everyday looking forward to training, looking forward to going to work with these players and if we can achieve something special as a group then, for me, that’s an ideal scenario.

“It has been difficult times here in the past but I want to be a part of something that gets the club back to where it deserves to be, because it is not a League Two club at the end of the day.

“They are not League Two fans from what I’ve seen and I’m excited to see all the fans. They deserve something to cheer about and we’ll do our best to give them that.

“I’ll give 100 percent hard work and effort whilst I’m in a Swindon shirt and that is one thing I can guarantee.” 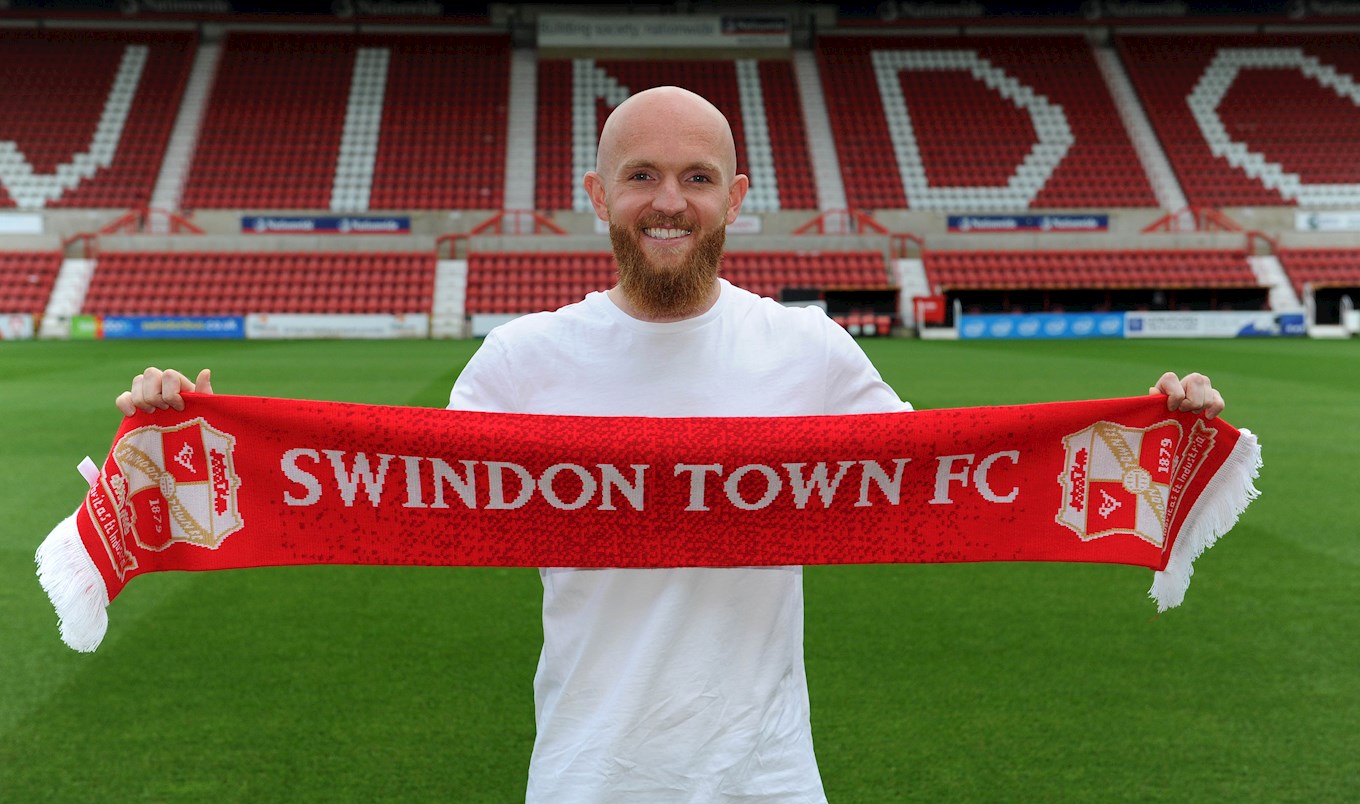 Town are a club on the up under the stewardship of new Owner Clem Morfuni, CEO Rob Angus and the brain trust of Ben Garner and Director of Football Ben Chorley, and it didn't take long for Williams to grasp an understanding of what Town are trying to achieve both in the short-term and in the long-term.

“As I said, it is not a League Two club,” Williams continued. “What both Bens and the Chairman has been trying to put in place over the last few weeks has been exceptional, and to be a part of a club that wants to go in only one direction is only going to be positive.

“I’m very excited to be a part of that. Things are in place to give myself and the team the best opportunity to get promoted, and they are doing everything right to give this club the best chance of getting back to where they want to be.”

Finally, having played at The County Ground before and watched highlights from our win at Scunthorpe United on opening day, Williams is relishing the opportunity to play in front of the Town faithful for the very first time.

"The last 18 months has been really tough with empty stadiums and every footballer would agree that it is a different sport - it is not football," Williams said.

"One of the main buzzes about playing in England is the fans and I've played against Swindon before and that's one thing that stood out is that the fans are brilliant.

"They are loud, I watched the highlights of Scunthorpe away and I've missed that buzz where you go away, you win and the fans are happy travelling home and there's no better feeling than putting a smile on fans' faces.

"We'll give our best and see where we end up come May.

"One of my best mates is actually a Swindon Town Season Ticket holder so I'm sure he'll be happy with this one!"