Swindon Town put in a huge effort and fought all the way as they bowed out of the Carabao Cup after losing 3-1 on penalties to Cambridge United at Abbey Stadium this evening.

The Reds equipped themselves incredibly well in a tightly-contested first-half against the Sky Bet League One outfit, and Tyreece Simpson came closest to breaking the deadlock before the break.

Chances were hard to come by in the second-half and, after both teams battled hard to cancel each other out, we went to a shootout.

Dimitar Mitrov proved to be the hero for Cambridge as he saved spot-kicks from both Jack Payne and Harry McKirdy, while United converted all three of their penalties to advance through to the Second Round of the Carabao Cup at the expense of Town.

Town Head Coach Ben Garner made six changes in total from the team that recorded a superb 3-1 win over Scunthorpe United on opening day, with Jack Payne taking the Captain's armband in Dion Conroy's absence.

Goalkeeper Lewis Ward made his debut for the Reds, as did midfielders Louis Reed and Ryan East, while Romoney Crichlow also made his full debut after coming on as a sub at the weekend.

Latest arrival Ricky Aguiar was named among the subs, as Garner ensured that all members of the squad got some vital playing time.

It was a quiet start to proceedings with clear-cut chances few and far between, although the Town defence did do well to deal with the couple of attacks that the hosts did string together.

Town were holding their own against higher opposition, and they carved out their first real chance of the game just shy of the half-hour mark as Tyreece Simpson worked some space before firing a shot just over the bar.

Harry Parsons had a chance himself as he sent a shot over the bar, before Town were forced into a change just before the break as the injured Mathieu Baudry was replaced by Rob Hunt.

It was all even at the interval but it was a really spirited display by the Robins who handled themselves well against the U's, setting up a big second-half. 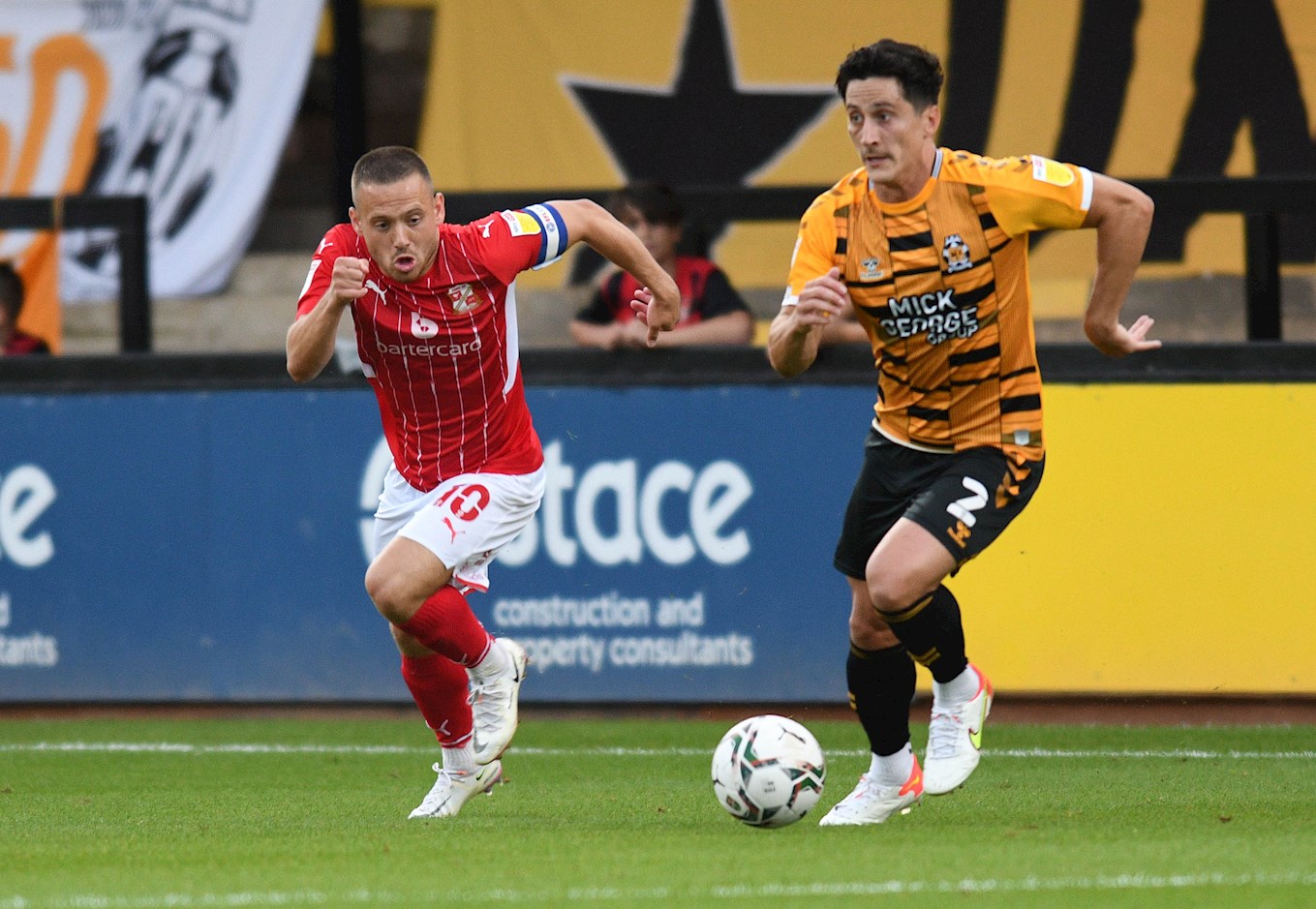 It was an incredibly positive start to the second-half for Town as Harry McKirdy flashed his dangerous ability by intercepting a wayward pass before charging through on goal, beating a couple of defenders and firing a shot towards goal, but Dimitar Mitov came up with a fine point-blank save to deny the forward.

Things settled down after that and, as was the case in the first-half, real quality chances were hard for both teams to muster up.

There was a slight setback as Akin Odimayo was forced to leave the field, replaced by Anthony Grant, while Cambridge carved out their best chance of the game as Harvey Knibbs sent a header just wide from a George Williams cross. 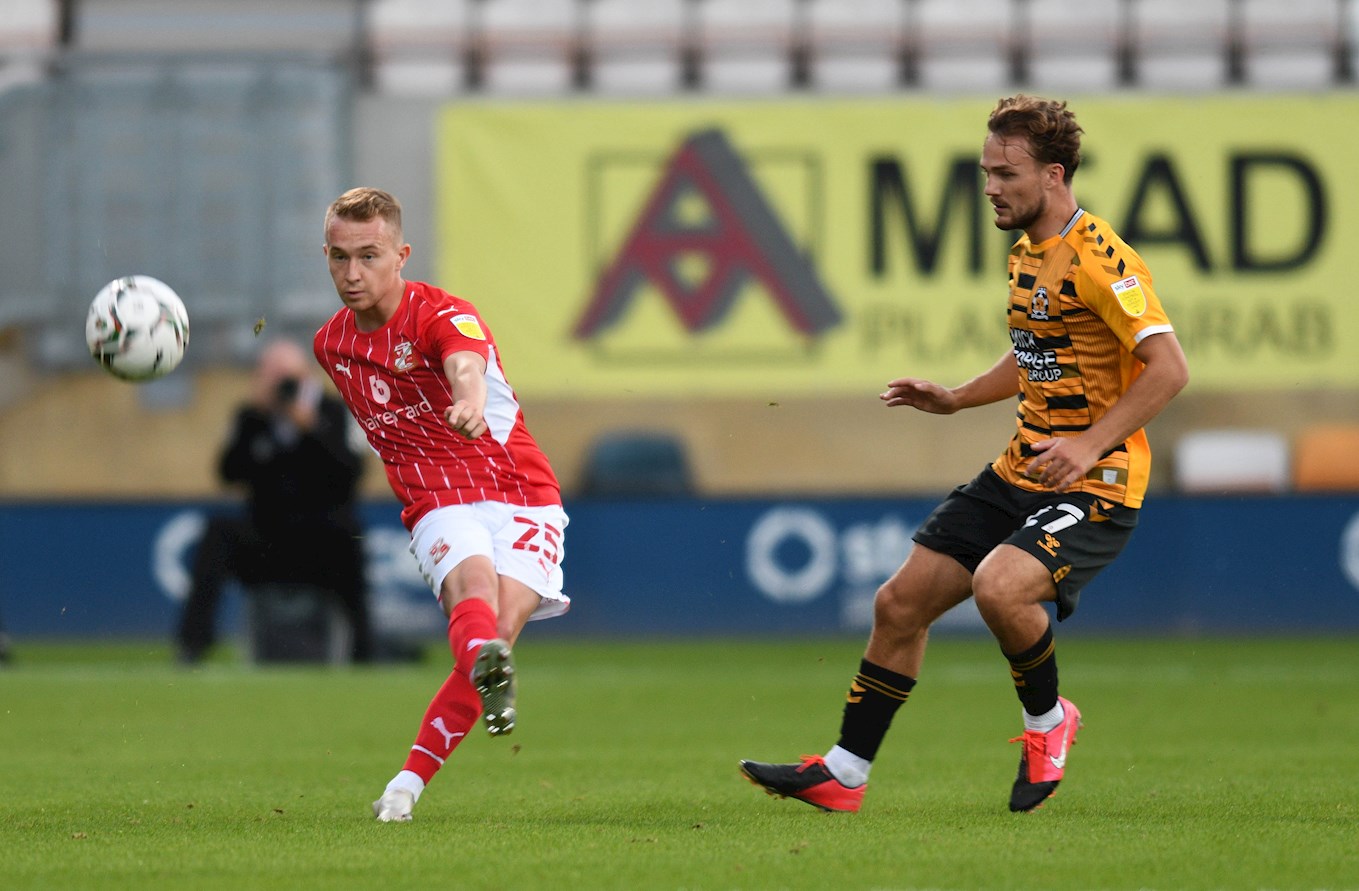 Ricky Aguiar, signed earlier in the day on a free transfer, came on for his Town debut after replacing Simpson, and there wasn't a great deal of action to digest for the remainder of the game.

Neither team could force a breakthrough before the 90 minutes were up and, with no extra-time, the game went to penalties.

It was a real gutsy and battling performance by Town who pushed Cambridge all the way, but they were unable to advance through to the Second Round of the Carabao Cup as Payne and McKirdy had their penalties saved by Mitov.

Louis Reed did convert from the spot to put us on the board, but Rob Hunt missed his penalty and Ironside, Smith and Williams all scored for Cambridge with our cup adventure coming to an early end.