Swindon Town produced an incredible performance that was laced with plenty of character as they came from behind to beat Scunthorpe United 3-1 at Sands Venue Stadium this afternoon.

The Reds battled well in what was a tightly-contested first-half and they came close to breaking the deadlock on a couple of occasions, with Ellis Iandolo having the best of the chances for the visitors.

It was a really encouraging performance from the team and, despite falling a goal down early in the second-half after Ryan Loft scored from the spot, they responded with a penalty of their own as Jack Payne got us level.

And Town never looked back after that as they put in a sublime second-half performance, with goals from Ben Gladwin and Harry McKirdle securing another win on opening day.

It was the first game in charge for Town Head Coach Ben Garner and he named a strong Starting XI, one that featured a number of debutants.

Tyreece Simpson, Ryan McKirdy and Kaine Kesler Hayden all made their debuts for the Reds, while Ben Gladwin got his fourth stint with the club underway.

Fellow new recruits in Romoney Crichlow, Ryan East and Mohammad Dabre were named on the bench, and they were joined by Harry Parsons and Academy players George Cowmeadow and Donell Gordon.

There was tangible excitement in the air as Town officially got a bright new era underway, and they were backed by a packed and incredibly loud away end with the travelling Reds certainly making themselves heard.

It was an even start to the game with few chances for both teams as Ryan Loft lifted an effort over the crossbar, before Harry McKirdy fired an effort across goal for the Reds.

Jojo Wollacot was forced into action for the first time as he got down low to smother Harry Bunn's low shot, while it wasn't long before Town began to enjoy a period of pressure.

Ellis Iandolo carved out the best chance of the game with a drive that was punched clear by Tom Billson, before McKirdy dragged a shot just wide for the visitors.

Scunthorpe were then forced into an early change as Jordan Hallam replaced the injured Tyrone O'Neill, while Ben Gladwin went for goal from distance but his strike lacked power and it proved to be a routine save for Billson.

There wasn't much between the two teams but, on the stroke of half-time, the Reds nearly took the lead as Iandolo bent a shot inches, inches wide and was unlucky not to open his account for the season.

It was scoreless at the break thanks to a superb save by Wollacott who was able to tip away Alfie Beestin's stinging drive, and it was a brilliant effort by a new-look Town team in the first-half. 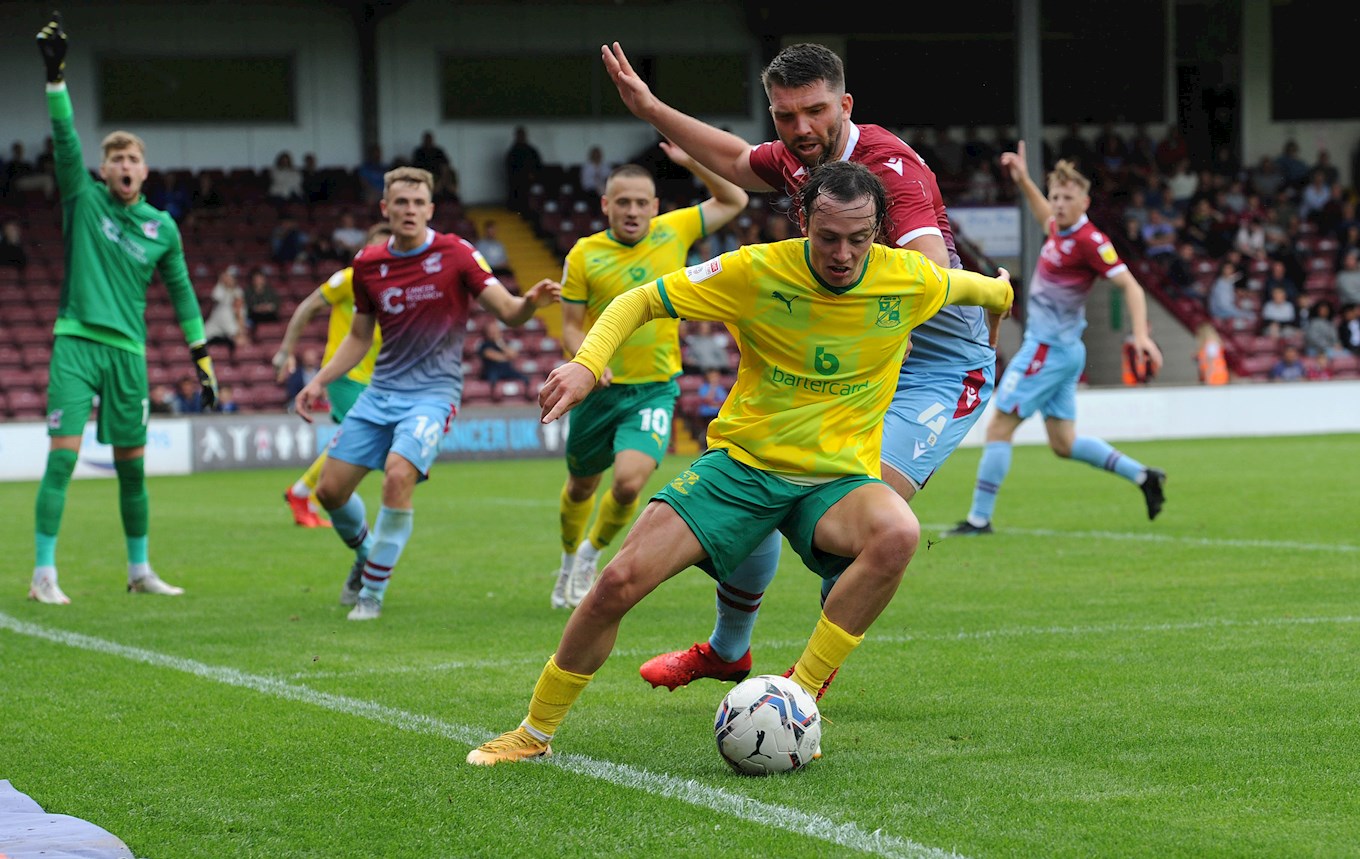 It was a less than ideal start to the second-half for the Robins as Ryan Loft was brought down inside the area by Wollacott, and he dusted himself off to step up and convert the resulting penalty to give Scunthorpe the lead.

However, the Reds responded in brilliant fashion and showed a lot of character to compose themselves after that setback, and they were soon delivered just rewards.

Devarn Green glanced a header just wide as the hosts went back on the attack, but it wasn't long before the Reds were back on top thanks to a familiar face.

Gladwin got the ball far out, cut in on his left and proceeded to unleash a trademark strike into the bottom corner to send the away end into raptures and give Town the lead.

The Reds were playing out of their skins and they nearly got another as Tyreece Simpson saw his shot turned away for a corner, while Wollacott came up big at the other end to deny Green.

Simpson went close to a debut goal again as he forced a decent save from Rory Watson, before Romoney Crichlow came on to make his Town debut after replacing the hugely-impressive Kesler Hayden. 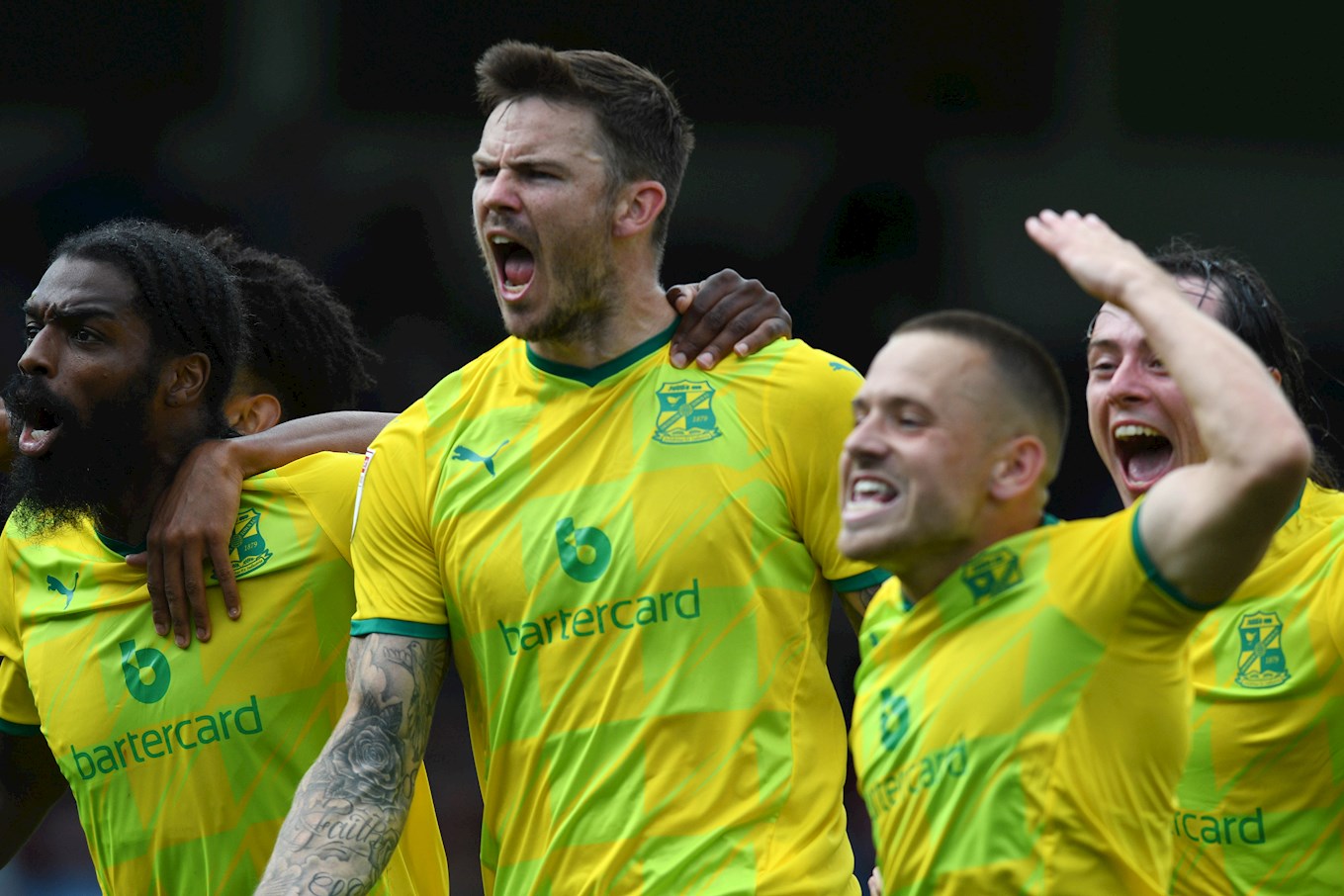 Harry Parsons then replaced Gladwin who left to a standing ovation after a brilliant afternoon's work, but Town were not done there.

After Payne sent a free-kick over the bar, Harry Davis made a mess of an attempted clearance and, after Simpson was denied by Watson, McKirdle was on hand to tap home the rebound to notch a debut goal and put the cherry on the top of a very tasty cake.

McKirdy came off to a standing ovation as he was replaced by Ryan East - making his Town debut - and that proved to be that as the Reds won on opening day yet again thanks to a resolute and breathtaking performance in Scunthorpe.

After everything that was thrown at the club and these group of players over the last few weeks, it was an incredible display of character from the whole team and it was the perfect way to start the 2021-22 EFL Sky Bet League Two season.