Swindon Town picked up their first home win of the 2021-22 season after beating Mansfield Town 1-0 at The County Ground this afternoon.

It was a sluggish first-half for the Reds who struggled to get their natural game going, although the visitors were unable to muster up any clear chances so it remained scoreless at the break.

It was a much better showing from Town in the second-half and they scored just shy of the hour mark, with a brilliant cross by Jonny Williams being volleyed home by Tyreece Simpson for his first goal in Town colours.

That proved to be the winner as Swindon defended brilliantly in the closing stages to frustrate The Stags, while picking up a big three points to end August on a high.

Town Head Coach Ben Garner made just the one change for the game against The Stags, with Rob Hunt coming in to replace Ellis Iandolo who dropped to the bench.

It was a sluggish start for the Reds who were a little bit careless in possession, while Mansfield's strong and relentless pressing game also caused problems.

Ollie Clarke had the first chance of the game for the visitors but he could only fire a shot way over, before Rob Hunt sent a tame shot straight at Nathan Bishop following a beautiful move by Town.

Clarke tried his luck again for The Stags but he sent a drive wide, while the Robins continued to struggle to settle into a groove.

There was no sign of a clear-cut chance for either team come the half-hour mark, although Town were beginning to spray the ball about a lot better and they were settling into a groove.

Louis Reed made a stunning play to appear out of nowhere and make a goal-saving challenge to deny Clarke, robbing the Mansfield Skipper of what would have been a goal. Town carved out a huge chance at the 50-minute mark as Anthony Grant twisted and turned to beat his man, before clipping in a cross that was met by Hunt, although Bishop produced a superb stop at point-blank range.

Mansfield then broke down the other end and nearly opened the scoring themselves as a mix-up allowed Ollie Hawkins to go one-one with Jojo Wollacott, the striker opted to square it to Danny Johnson but the pass was off and the Reds got back to clear the danger.

Jonny Williams then replaced Grant as Town looked to add a spark, and it paid off immediately with the Welsh Wizard making an immediate impact.

Williams played a quick one-two with Ben Gladwin before racing away down the left and sending a cross into the heart of the box, where Simpson bullied himself into space before sending a volley past Bishop to record his first-ever Town goal. 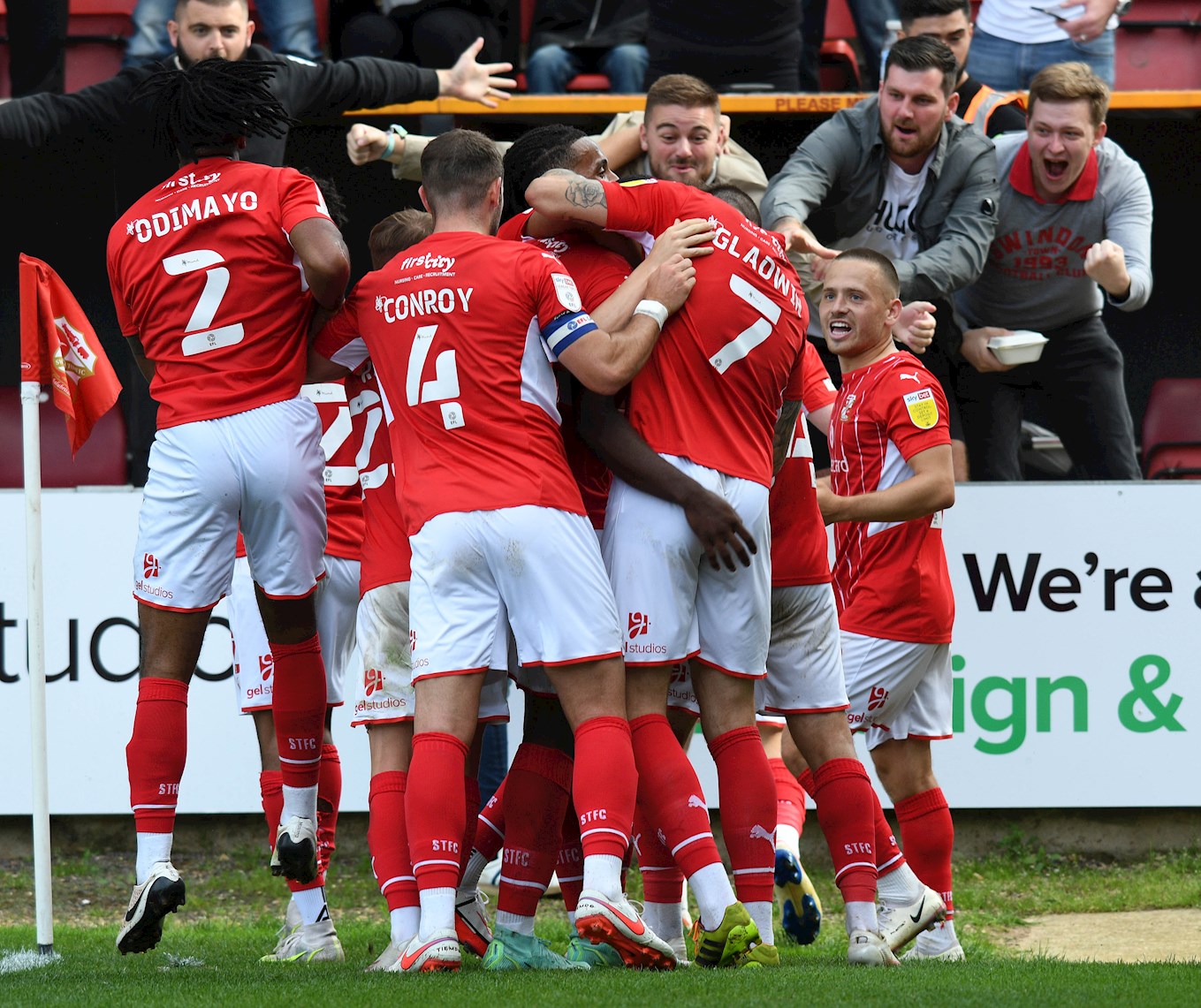 It was rich rewards for Simpson who did another sterling job leading the line for the Reds, putting in an absolute shift and doing the dirty work of a striker with great effect.

Dion Conroy produced a superb block to deny Stephen Quinn shortly after the goal, while Elliott Hewitt headed over for the guests.

Simpson produced more superb work to retrieve the ball to start a flowing Town move, which ended in Williams firing a shot towards goal which Bishop smothered.

Town were playing near to the peak of their powers, and they were also doing a brilliant job of defending whatever The Stags had to throw at them.

Mansfield did think they had scored after a free-kick from Tyrese Sinclair looked to have crossed the line, but the linesman ruled no goal and play resumed.

Ellis Iandolo replaced Gladwin and Simpson made way for Harry McKirdy after receiving a standing ovation, with Town looking to see the game out and protect the three points. Mansfield were really pressing in the final minutes as Hawkins had a volley saved by Wollacott, before Jordan Bowery could only poke wide at the near post.

However, it was Town who came closest to extending their lead as Reed rattled a free-kick off the post in the dying minutes.

That didn't matter, though, with the Reds doing enough to clinch all three points and extend their impressive start to the 2021-22 EFL Sky Bet League Two Season.