Jack Payne felt that Town showed a different side to their game after grinding out a superb 1-0 win away at Salford City today.

The Reds were sloppy in parts and were outplayed for chunks of the first-half, with Jojo Wollacott needing to come up with a couple of huge saves to keep the scores level at the break.

However, Town composed themselves in the second-half and they displayed their tough underbelly, restricting Salford from creating too many clear-cut chances while they were clinical at the other end with Payne scoring what proved to be the game-winner.

And, speaking in the wake of the game, Payne praised the Reds' ability to be able to dig in and churn out a big win even when they were far from the peak of their powers.

"It was a very ugly win, we weren't at our best and it was the worst we've played this season, but it is a good sign when you play bad and we managed to pick up the three points," Payne said after the win.

"It was another clean sheet which was really good, and we just dug in there and grinded it out, so we're happy.

"Last year was horrible without fans so to have them back is really nice, and to score in front of them is really special.

"They've been brilliant, they've out-sung everyone so far and I'm sure they will continue to do that, so it is great to have them back.

"We've managed to pick up seven points which is a really good return, and we've got two blocks now of Saturday-to-Saturday which gives us a chance to get some rest in and get some good training sessions in, which will benefit us. 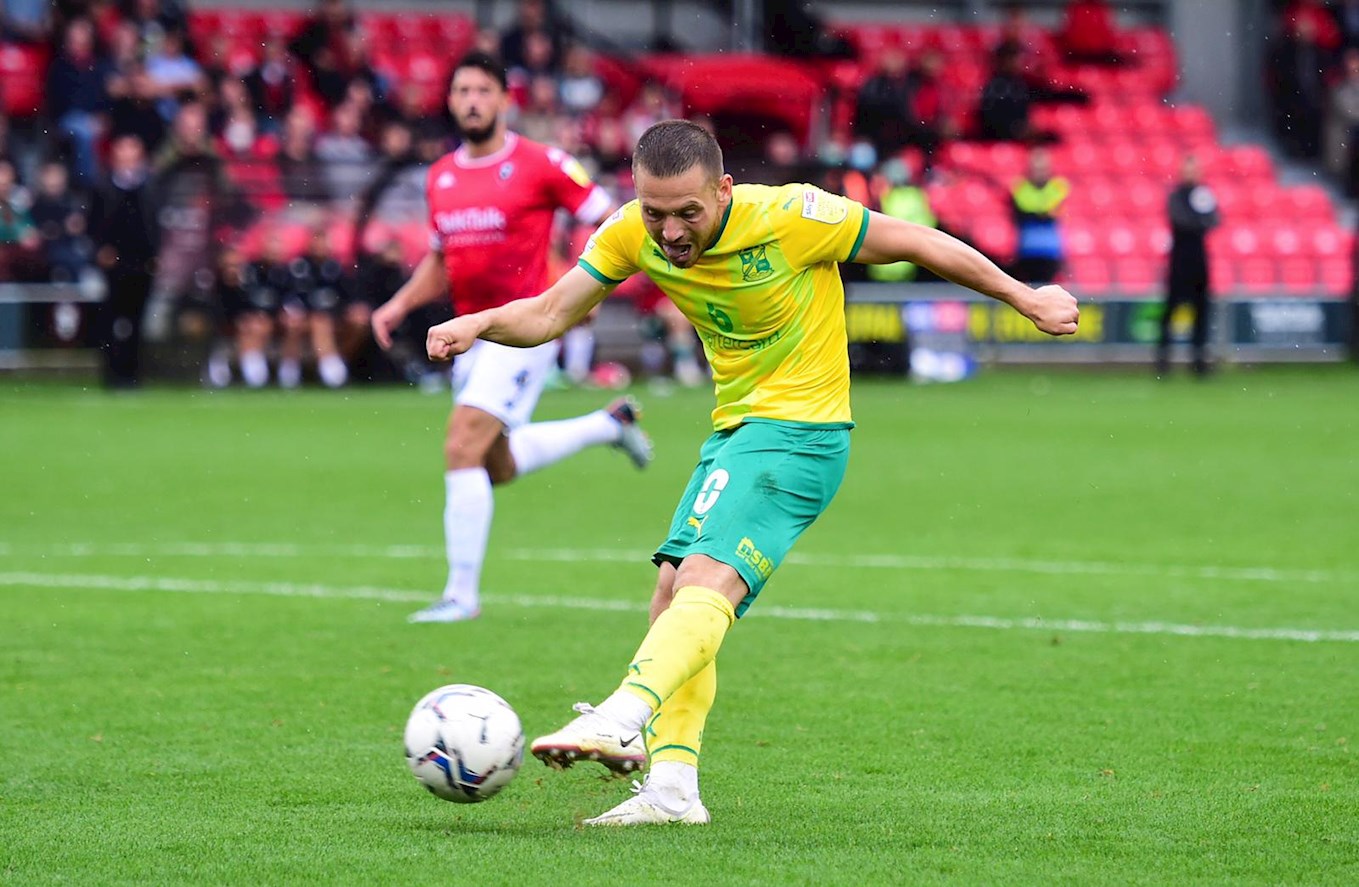 "We've got a load of positives to take from the first five games to take and build on, and we'll just carry on from there.

"There's a feel-good factor around the club at the minute and I'm enjoying coming in every day for training and for games and all the lads are, we're learning a lot and it is really positive.

"We've shown how well we can play and we've shown that we can also grind results out when we're not playing as well, which is important because we're not going to be able to be at our best every game.

"There are a lot of positives to take."

Payne also took the time to praise Tyreece Simpson after the striker carved out a brilliant performance against Salford, leading the line well, carrying out his defensive duties and setting up what was the winning goal.

"The way we play we have a lot of possession so sometimes it must be frustrating for him because he's not getting loads of the ball, but he's got to be patient and wait for his chance and we could see today that he ran his socks off, he kept the ball for us and he held it up really well.

"I think today was probably his best performance.

"He's got a load of potential and we're really pleased with him."