Swindon Town Head Coach Ben Garner was pleased with his side's second-half performance against Carlisle United, but knows there is much to work on going forward.

The Reds fell 2-1 to the Cumbrians at The County Ground in their first home game of the 2021-22 EFL Sky Bet League Two season, with a sluggish first-half performance ultimately costing them three points.

Joe Riley's superb strike put Carlisle ahead and, although Romoney Crichlow's first goal in Town colours restored parity, Tristan Abrahams scored from close range to give his side the lead again just before the break.

That proved to be the winning goal as the Reds suffered their first league defeat of the season, and Garner met with the local press to give his thoughts on a frustrating afternoon...

Garner On The Performance

"We could do better. The game was probably more in their style than ours, it was a disappointing goal from our perspective but it was a good response to get level. Being down 2-1 at half-time was probably fair if I'm being honest, but we were much improved in the second-half.

"It was a really good second-half performance, fantastic positions, we created chances but we just didn't get that final ball right and it was more the decision than the technique. There were opportunities when we were behind just to cut things back or play it across goal rather than shooting, but second-half was a really strong performance.

"We passed the ball so much better, we looked so much more organised and we need to take that into Tuesday now.

"There was some really bright play, a couple of great passes from Louis Reed and Jack Payne to just slide people in and, like I said, it was just that final bit we were missing, but we just need to work on that.

"What we have to do is impose our style here, we can't have teams coming here and we end up playing more their game than our game and that's what happened first-half, and that's what ultimately cost us the game.

"Credit to Carlisle because they played with high energy, they pressed well, they played forward quickly, they backed things up and they are a good side off set-pieces.

"It disrupts the flow of the game when they do that because it is corners, free-kicks, long-throws and it slows the tempo of the game. 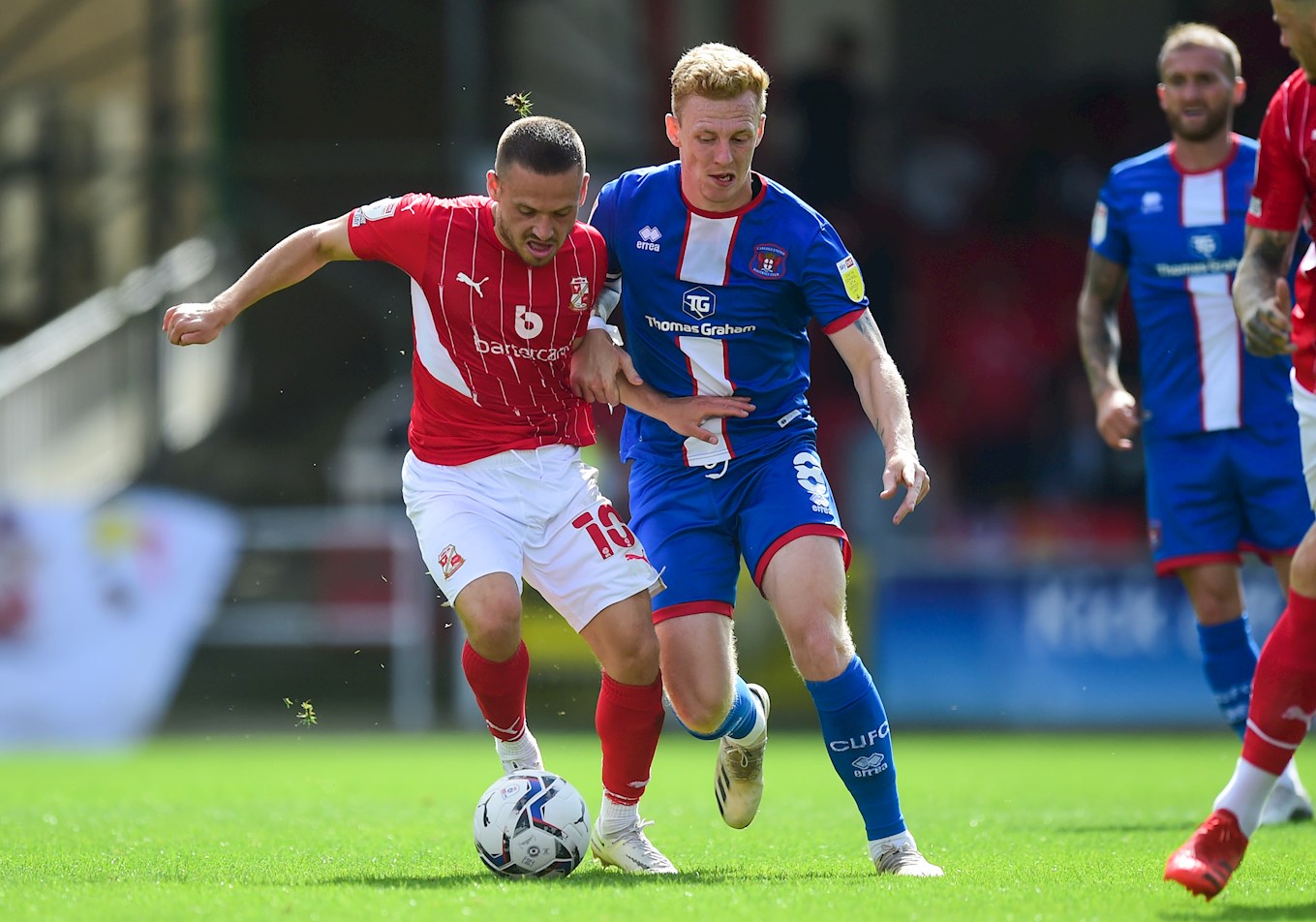 "From our perspective we didn't make the right decisions in possession, we were picking the wrong passes at times but we addressed it at half-time and were much-improved in the second-half.

"I thought we passed the ball really, really well and dominated the second-half, but we just couldn't get that goal that we deserved.

"We're delighted for Rom (Romoney Crichlow) to get his first goal, he was very good today as well, but we are just disappointed that we knew what they were going to do and we've conceded from it.

"We were disappointed with the throw-in, there was a mistake within our set-up in regards to who should be doing what and that's cost us a goal, and you can't do that in this league because teams are very good off set-plays, a number of teams will have long throws and we worked hard on our detail but we just didn't get it right today.

"That's something to address and improve but we will do that and we will spend a lot of time on the training ground to improve those areas of our game." 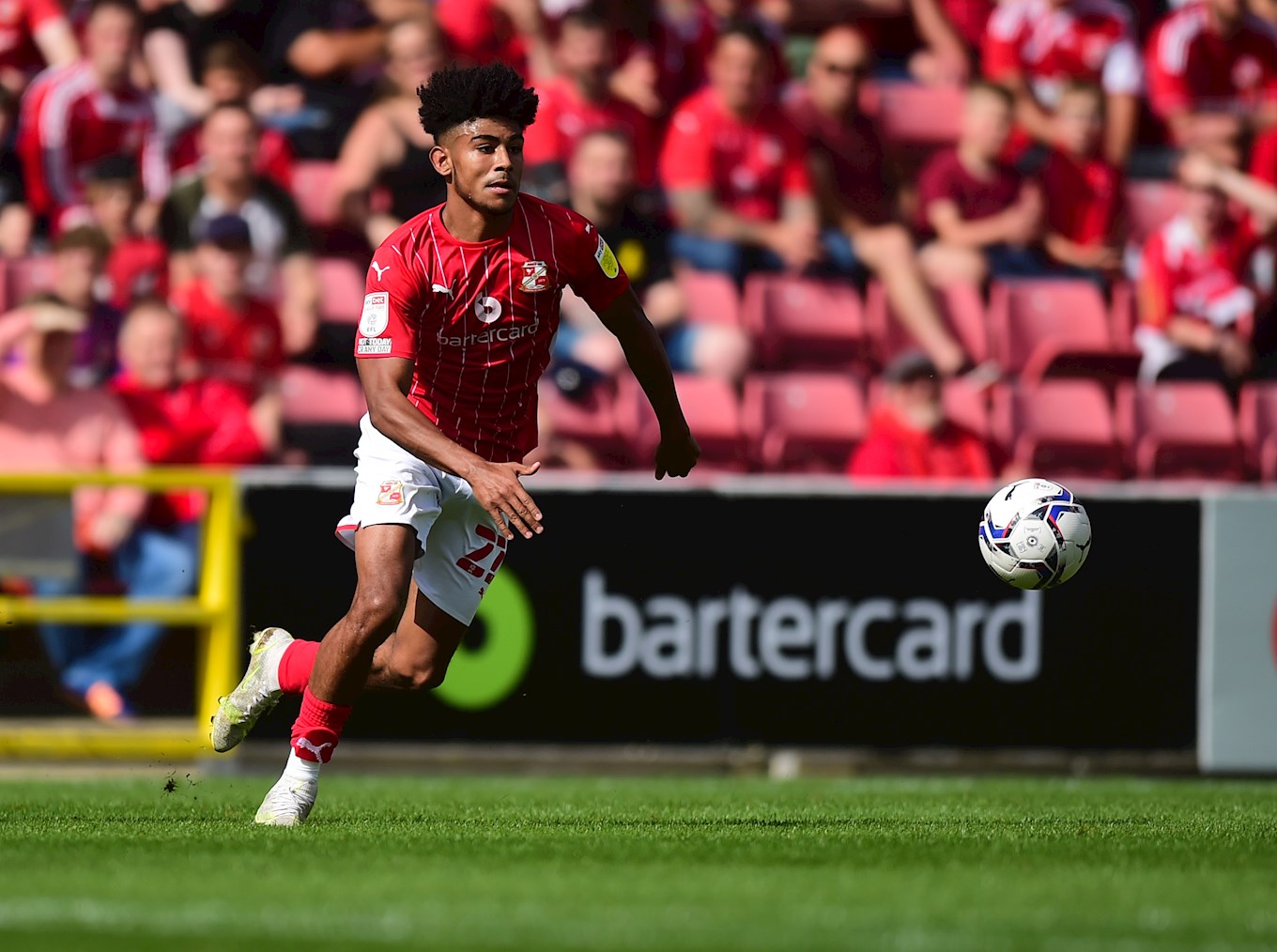 "It was obviously disappointing for him to get the red card there at the end, but he was a constant threat, his energy levels, his ability on the ball and his decision making for an 18-year-old is at a very high level.

"Ellis Iandolo when he came on I thought gave us a good threat down that side as well."

Garner On Where His Team Is At

"We don't want to lose games, we're aware of where we are and we know we are still a little bit short in certain areas.

"We would have liked to have one or two more changes from the bench to impact that game, but we've done exceptionally well to get the squad in place that we have so far, so hopefully we can get Jonny Williams involved as soon as possible because if he was coming on today with 20, 25 minutes to go, then it would have made a huge difference. 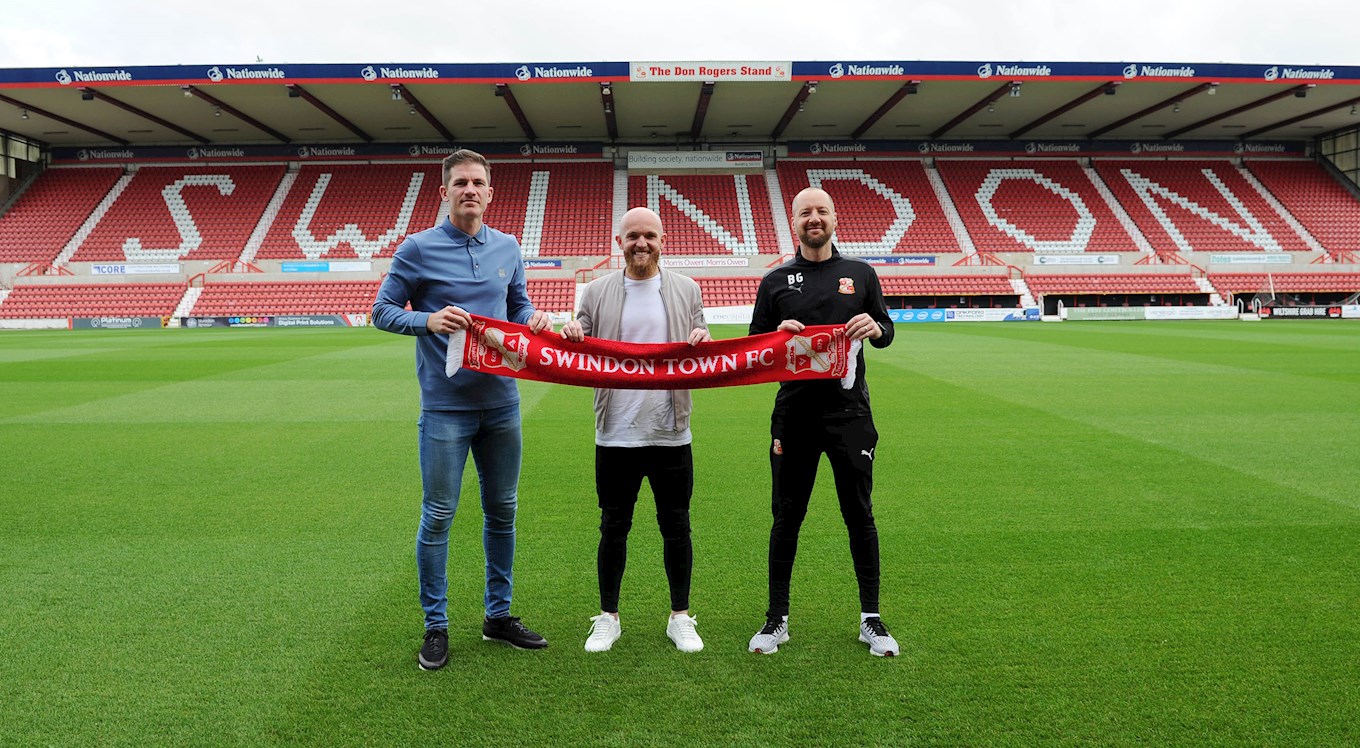 "It was a long process and both Ben (Chorley) and I have worked very hard, but full credit to Jonny because he could have gone abroad or gone to higher leagues and earned a lot more money than he is going to earn here with us, but it came down to a football decision.

"I've known him since he was 12-years-old and he's a wonderful player but, just as importantly, he's a great person.

"We worked really hard on it and we're absolutely delighted to have it over the line.

"We're confident we can get him doing that, to enjoy his football with a smile on his face and we think he'll be a fans' favourite.

"He's done a little session with us this morning, he'll train again on Sunday and we'll just have to build him from there.

"He went away with Wales to the Euros, he trained a lot over the summer, he's had a four-week break so we need to see how he is and we need to be careful with how we build him and that's the position we're in with a lot of people.

"We had a short preseason, players are coming in and we're having to build their minutes, we're well aware of that, we understand that is going to be a process and the most important thing is we keep them fit and build that fitness rather than push them and break them early in the season and we lose them for a period of time.

"We look at the data, we're very strict on what we do and there is a very diligent approach to that which we'll maintain." 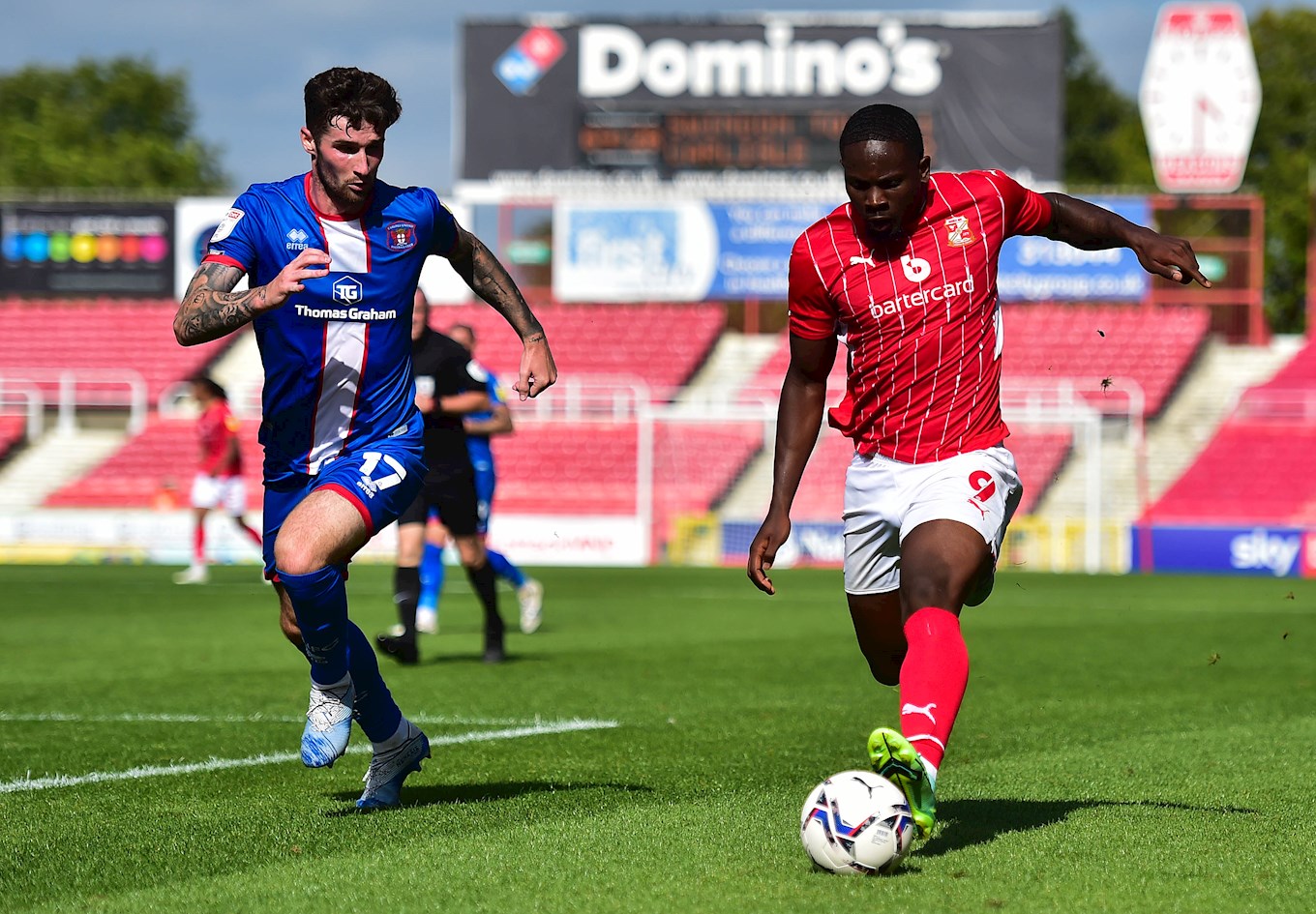 Garner On The Search For A Striker

"We need to add in the forward areas.

"The lads that have played have been great. Tyreece (Simpson) is 19 and he's had to go three games, and he's only going to get better.

"It is not easy for a 19-year-old to come in and lead the line straightaway, but he's given it a real good go, he's shown his attributes and he will get better.

"Once he gets that first goal it will transform him and give him a massive confidence boost, but we need some help for him.

"The old cliche 'we defend together, we attack together' is so true because we want goals as a team - we're not looking at any individual or any position, we want contributions from all the team." 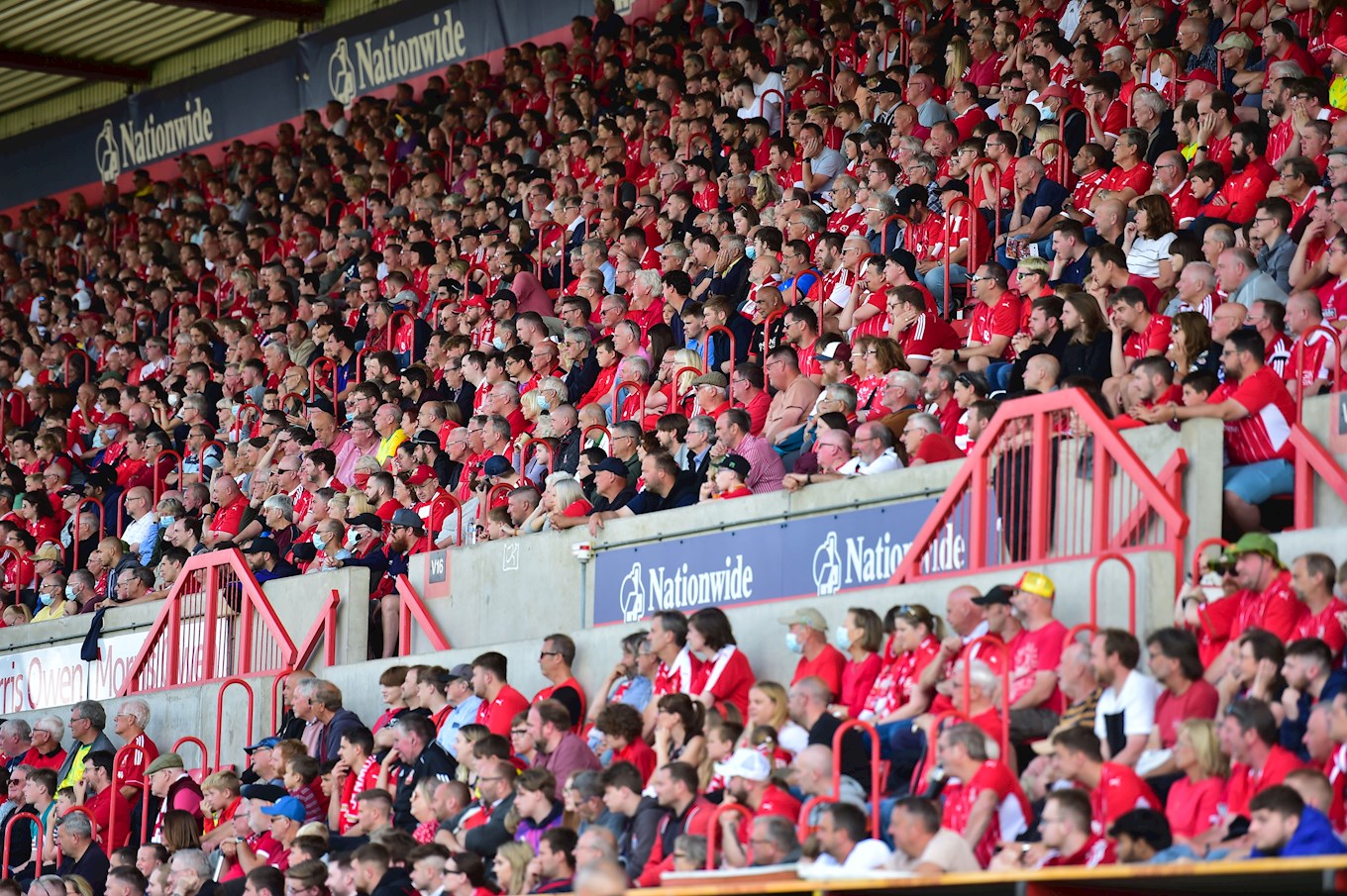 Garner On The Atmosphere

"Really good. It is absolutely fantastic to have the supporters back and it is just not the same sport without them.

"It was just unfortunate that we couldn't give them the result that the occasion deserved, but I thought the way we played in the second-half and the way the fans got behind the team and the way they applauded them off the pitch after was a really good sign.

"We've just got to stick together.

"We knew this was going to be a challenge coming in, we've had a decent start, we're disappointed not to have taken anything away from today, but we've won away from home, we had a strong performance in midweek at Cambridge and we had a really good second-half performance today.

"There are lots of positives in there, we just need to keep building on those."