Swindon Town Head Coach Ben Garner showered his team, and the whole club, with praise after an excellent 3-1 win against Scunthorpe United this afternoon.

In what was the first game of the 2021-22 EFL Sky Bet League Two season, the Reds produced a gritty and hugely-impressive display to come from behind to win on opening day yet again.

After Ryan Loft had given the Iron the lead from the penalty spot, Jack Payne equalised for Town and goals from Ben Gladwin and Harry McKirdy sealed what was a richly-deserved victory for the team.

It was a sweet moment for everyone connected with the club given what was a turbulent summer, and it will be a day that will live long in the memory for those involved.

After the game, Town Head Coach Ben Garner met with the local press to discuss the win, his thoughts on the performance, the incredible away backing and a whole lot more...

Garner On The Win & Performance

"That was a reward for everyone.

"The amount of work that has gone in at the football club by everyone - we got what we deserved today.

"We started passing the ball a bit better, the goal galvanised us a little bit and we had no choice but to play.

"We were just a little bit hesitant for spells in the first-half, but it was great play by Kaine (Kesler-Hayden) to win the penalty and that gave us some momentum.

'I was pleasantly surprised by our fitness levels. Coming into the game I thought the last 20 minutes may be difficult for us, but we managed the game really well with the ball, we kept defending well, they were a threat off set-pieces coming into the box and long throws, but we largely kept them at bay which was very pleasing.

"Even young Harry Parsons coming on, he picked up his role with set-pieces so it was a real positive for the young players today." 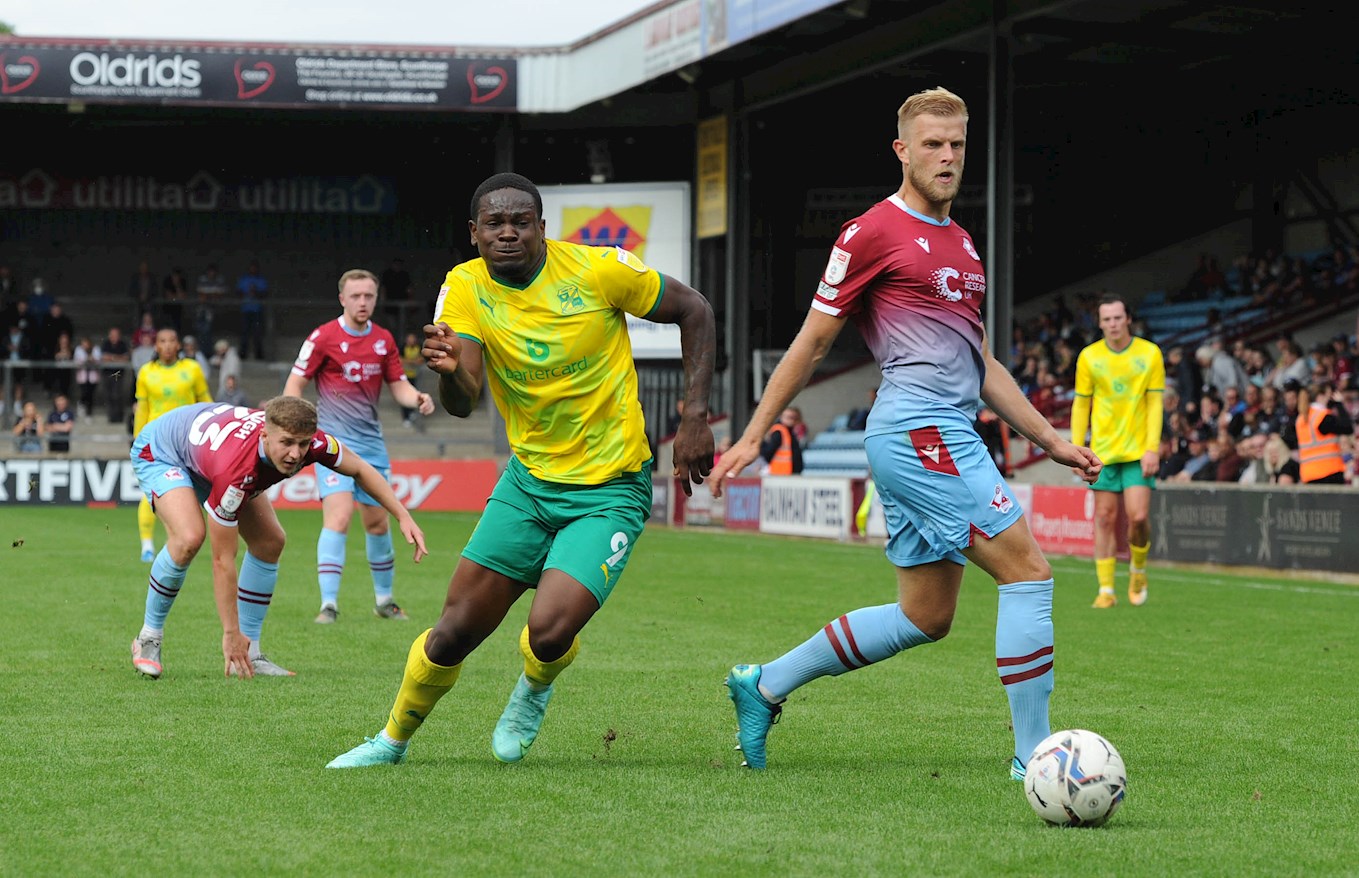 "I thought he was getting used to it and finding his bearings a little bit in the first 45 minutes, but in the second-half we saw the real Tyreece.

"He was an absolute menace to that backline.

"His power, his pace and it was a wonderful save from the keeper when he cut inside - I thought it was flying into the top corner.

"Tyreece and Kaine, 19 and 18 years-old respectively, full league debuts and they were both outstanding."

"The team spirit is fantastic and it is absolutely brilliant but not just the team, everyone around the club.

"There is just a real buzz around the club and this week we had the U15 coach come down to help us with the kit and bits, one of the ladies from the marketing team helped to pick up the shirts and everyone is grafting and pitching in to help get the club going again and have a successful season.

"That's everyone at the football club contributing to that result today."

Garner on his Town debut as Head Coach

"I've enjoyed every moment since coming in. It was disappointing to go behind but I looked at the players and, straightaway, the ball was out of the net, marching back towards the centre spot and when we scored the goals every single player was there in front of brilliant support.

"To come up this far to Scunthorpe today, the support was incredible and we went over and gave our thanks at the end because that's a huge part of what we do." 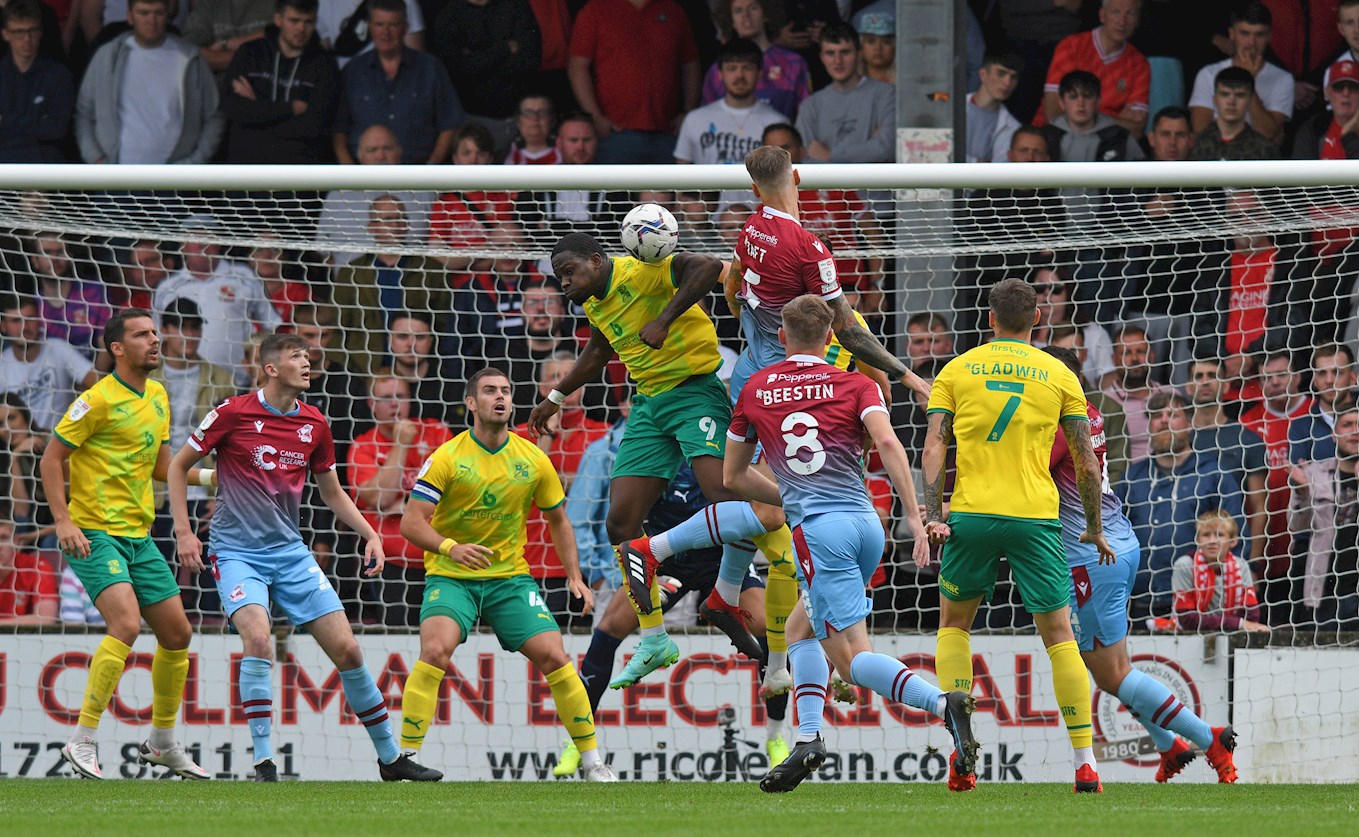 "I think it gives us a good base. There's plenty to improve on, there's lots of work to be done but, like I said, I can't give enough credit to the players.

"We've had two weeks of preparation since we've come in, the amount of players we've brought in to settle in, that can't be much better than it was today and they deserve an enormous amount of credit."

"Louis is a player I've admired from afar for a long, long time, we've worked really, really hard over the last couple of weeks to get that over the line and I was absolutely delighted yesterday when we did.

"He'll be a key part of the team this season and everyone here is delighted to have him at the football club.

"He was registered after the deadline yesterday so he couldn't feature today, but he can start on Tuesday."

"He's very comfortable on the ball, he's a left-sided centre-half but he slotted in at left-back easily and gives us great presence, powerful in the air, great kid, he wants to learn, he wants to play and he gives us great versatility on that left side.

"He'll be a really strong signing and we're delighted to have him here as well."

"Ryan has had a very long career at Reading, he came through their Academy and Scott Marshall knows him really well from his time there.

"He took a week to settle in because he's quite a quiet lad but he's settled in to the group and this week he really showed his quality.

"We think he's got a lot of potential, there's still a lot of physical development to come from him and he's another one who just adds more strength and depth to our squad." 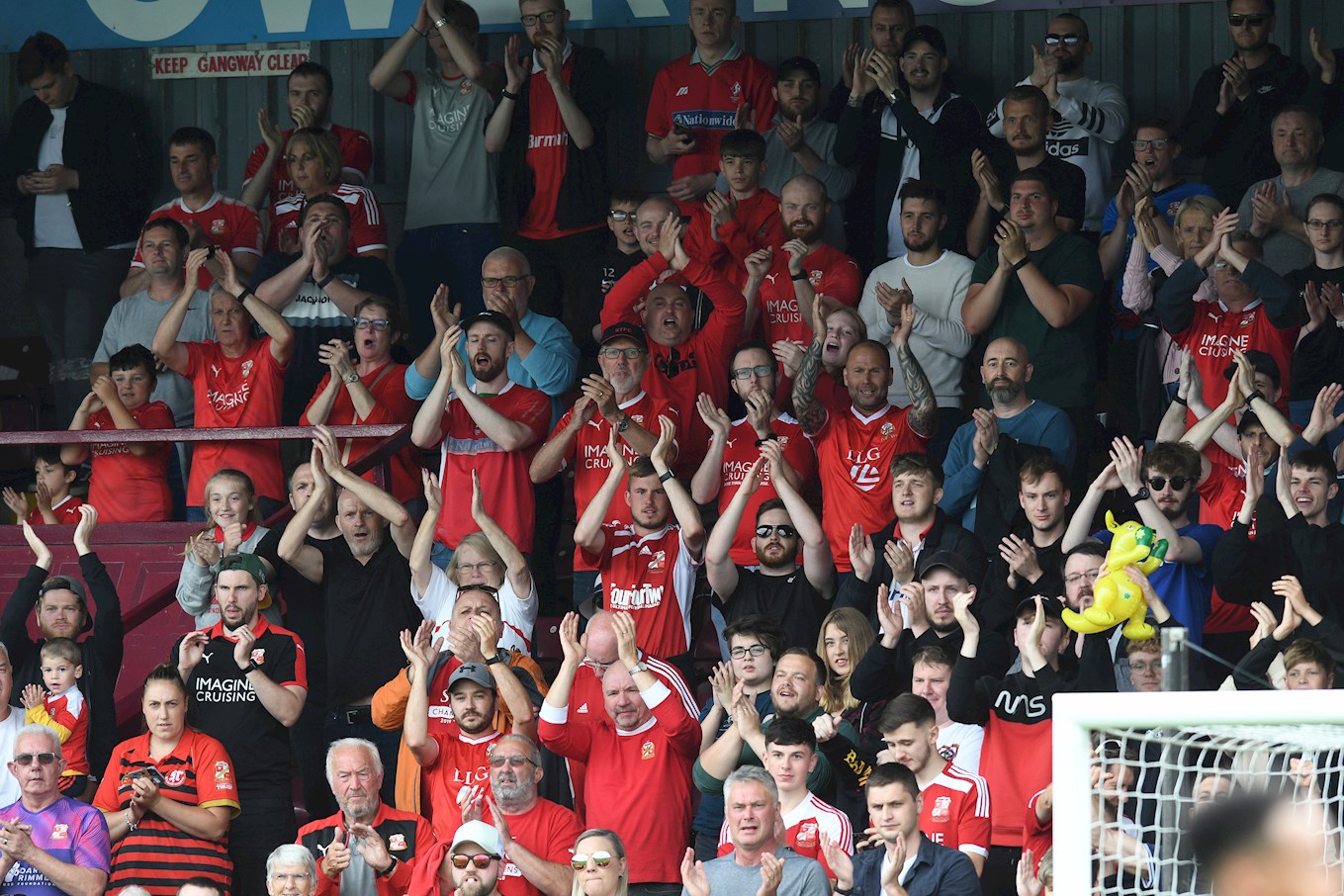 Garner on the Superb Away Support

"The club is so positive and the supporters are the same.

"They've got their club back, they are looking forward to it, there is plenty of optimism and 800 sounded like two, three thousand, so massive credit to them.

"That transferred to them to us and it was huge - that's what football has been missing."