Town striker Tyreece Simpson was full of praise for his new team after making his full league debut in the 3-1 win over Scunthorpe United on Saturday.

Simpson - who joined the Reds on a season-long loan from Ipswich Town earlier in preseason - played a key role as Town got the 2021-22 EFL Sky Bet League Two campaign off to a superb winning start at Sands Venue Stadium.

The 19-year-old was making his full league debut and he was impressive as he led the line, combining power and pace to absolutely torment the Scunthorpe backline.

Simpson had a couple of great chances in the second-half but, despite not opening his Town account, he created the third goal that led to Harry McKirdy sealing an outstanding win after forcing a superb stop from Iron goalkeeper Rory Watson.

It was an impressive first outing from Simpson in Town colours, and the striker praised his team for the character shown after going a goal down, in addition to reflecting on his debut for the club.

"It was great, the fans were amazing and we went 1-0 down but we didn't fold and the boys reacted really well," Simpson told swindontownfc.co.uk. 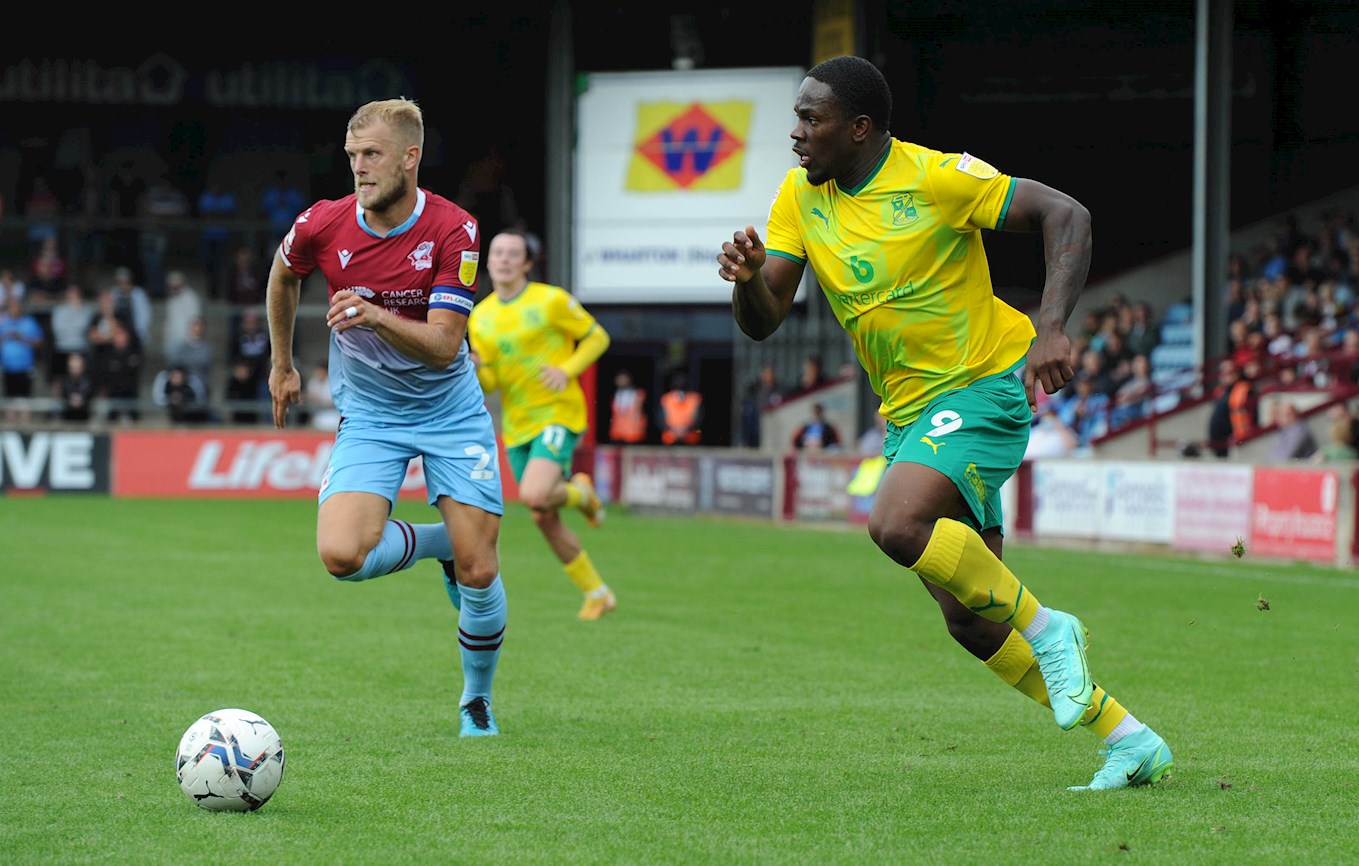 "There are some great characters in this team, great experience as well and we could have put our heads down after going 1-0 down, but we still had a lot of time left and we knew we could always bring it back.

"It would have been nice (to score a debut goal), I am a little bit annoyed about that but I did get an assist.

Simpson also went on to lavish praise on the 800 or so Town fans who made the trip up to Scunthorpe on Saturday, with the away end generating outstanding noise and support throughout the game.

"The fans were amazing," Simpson continued.

"They are always like the 12th man in games like this and we really need them to back us when we go under to help us get the result we need."